Some memorable moments from the 1st quarter of Hope’s Life Skills program. 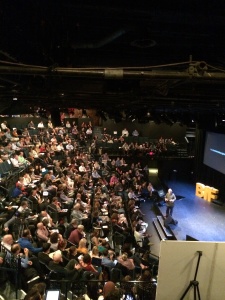 The first photo is from September’s Business Innovation Factory (BIF) conference at the Trinity Theatre in Providence.  Students were able to listen to the fascinating stories of courageous people  from all over the world on the Trinity stage.  Students were also able to meet and speak with Conference story tellers and attendees during lunch and other break out sessions during the two day conference.  One of the speakers Hope students were able to listen to and meet was fourteen-year-old Camille Beatty.  Camille makes robots with her Dad (Robert) and eleven-year-old sister Genevieve. Last year they built two Mars Rover replicas for the New York Hall of Science.  And, David Moinina Sengeh.  David was born and raised in Sierra Leone and is currently a Ph.D. candidate at the MIT Media Lab.   At Harvard, David co-founded one of Popular Mechanics’ Innovators of the Year 2009 — Lebone Solutions Inc., a company that won $200,000 from the World Bank to produce microbial fuel cells in Africa.  I encourage you to check out the BIF web site for story teller videos from the conference. 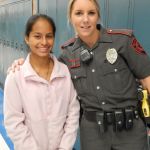 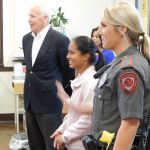 When Aileen Rodriguez Jimenez told me of her interest in learning about a detective career, I asked East Providence Policewoman, Genna Rock, to come to our Life Skills class to share her law enforcement story.   Aileen agreed to be the day’s ‘Life Skills’ host, greeting Genna as she came into the school and introducing her to her classmates before Genna told her story as a detective and her intense, undercover confrontation with drug dealers. 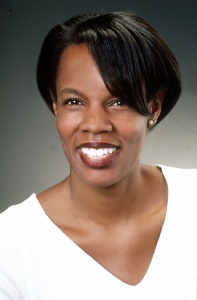 Theresa Moore visited our class in early October to share her story attending Harvard College in the 1980s and her post graduate career stops at ESPN and Coca Cola before starting her own production company.  Theresa was a Rhode Island high school All State track athlete.  She was awarded an academic scholarship to attend Harvard College.

Later in October, Marta Aparicio, visited our class.   Marta is a 2010 Hope High graduate and ‘Life Skills’ program alum.  Marta shared her inspirational story from when her parents left her to be raised by her Grandmother in Guatemala as they traveled to America to find work.   Marta met her parents for the first time when she came to the United States at 13 years old.   Three years later, Marta was living on her own, working 30 hours a week at a local hospital and participating in many extracurricular activities.   She was the class valedictorian her senior year.  Marta was also our first ‘Life Skills’ student to attend the National Youth Leadership Forum on CSI and Law in Washington, D.C. in 2009.  While in Washington, D.C. to attend the Leadership Forum, Marta visited Georgetown University.   Marta eventually applied to Georgetown her senior year at Hope and was awarded a full scholarship to attend the school. Olimpia Aldana Perez was our class host, 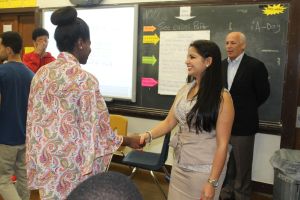 welcoming Marta back to her high school and introducing Marta to her ‘Life Skills’ classmates.  Marta spoke candidly of challenging transitions in her life, from Guatemala to Providence, Rhode Island and then as a student from a very diverse Hope High School then as a college student at one of America’s most prestigious yet not nearly as diverse universities.

Finally, here are photos from our annual networking event from the previous spring where ‘Life Skills’ students meet and network with area professionals in a luxury suite at McCoy Stadium during a Pawtucket Red Sox game.   The outpouring of support from the region’s business people and admissions staff from area colleges was impressive and fully appreciated by the Hope ‘Life Skills’ students.  The next PawSox networking event will be in April of 2015. 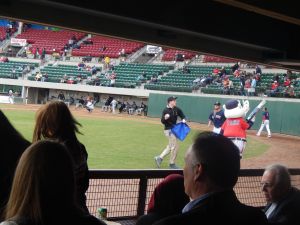 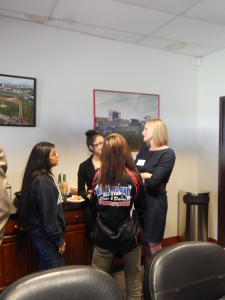 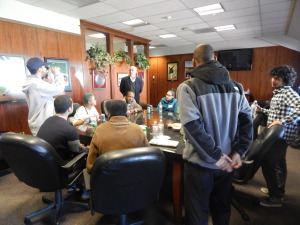 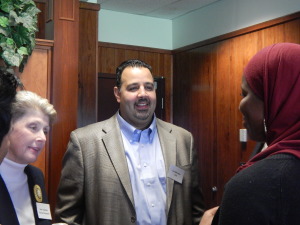 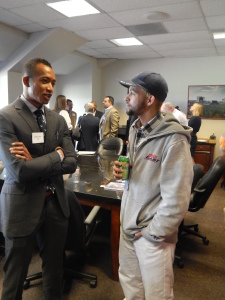