Today’s class was a lesson on the importance and value of asking questions. 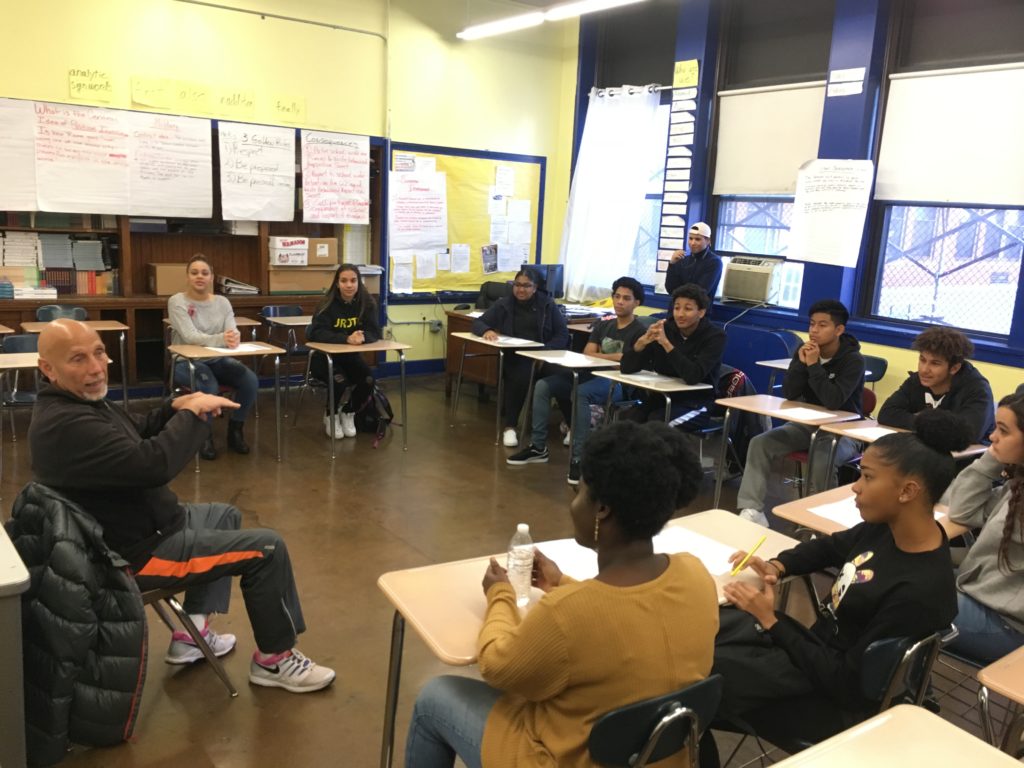 Unlike most classes, our students were not told anything about the job of our guest when today’s class host, Omayra Corporan, introduced him to her classmates to start the class.   ” I can only tell you our guest’s name is Francisco and he was born in Venezuela.” 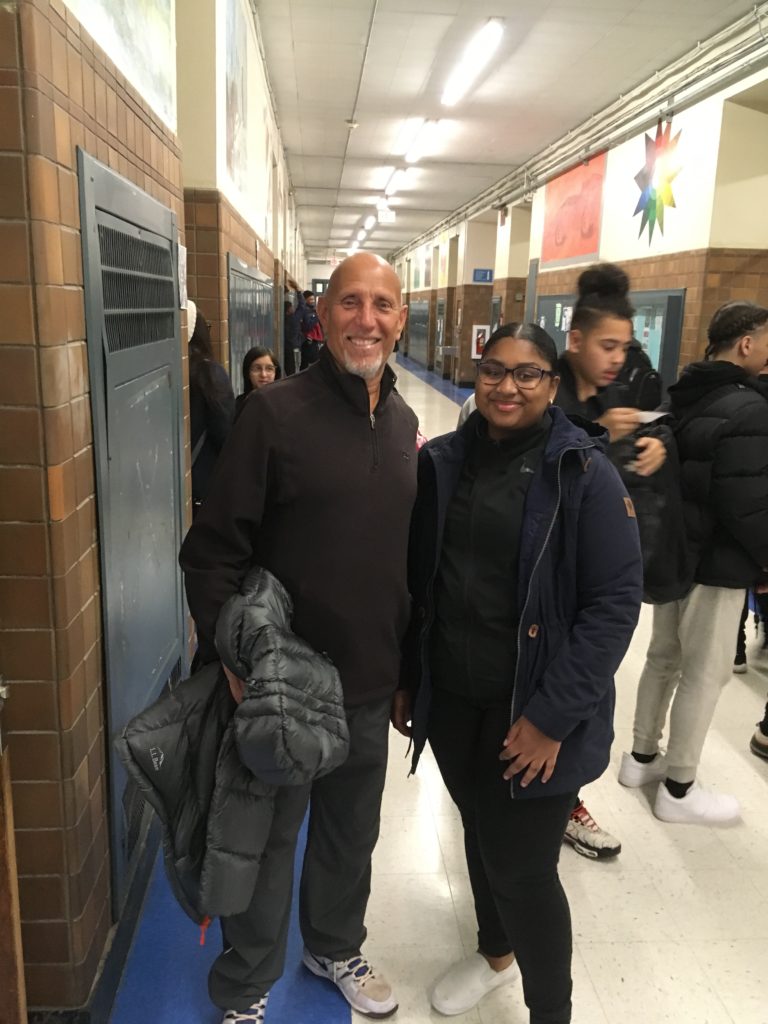 Omayra Corporan welcomes Francisco to the Hope Life Skills class before the start of the class outside the classroom. 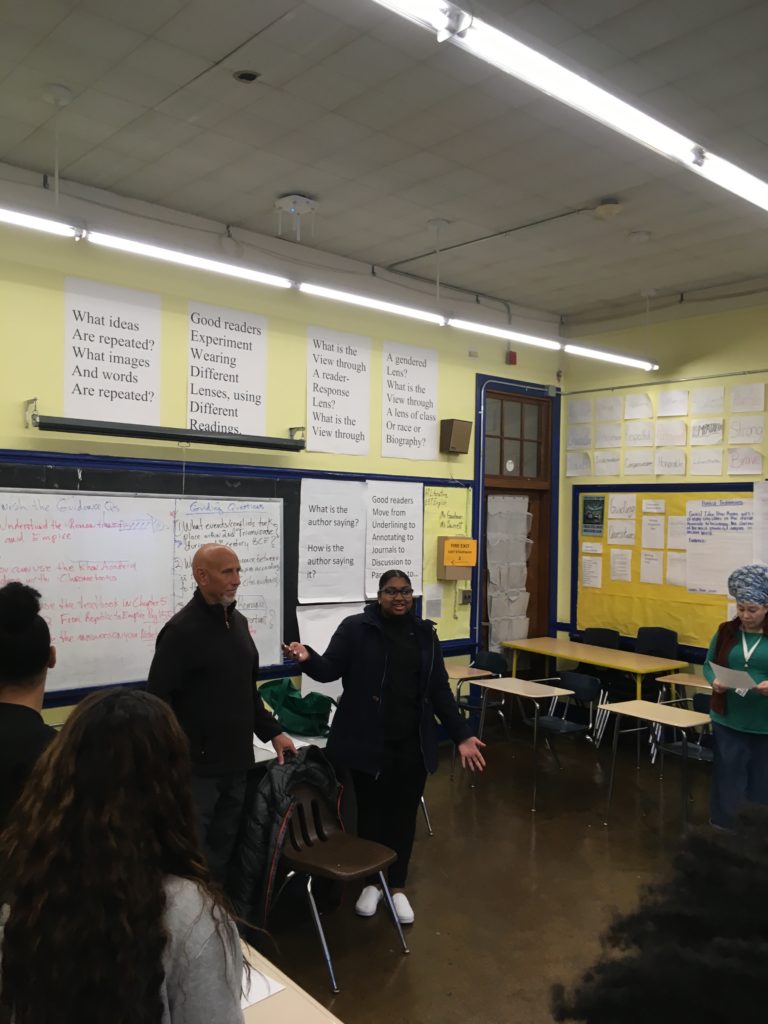 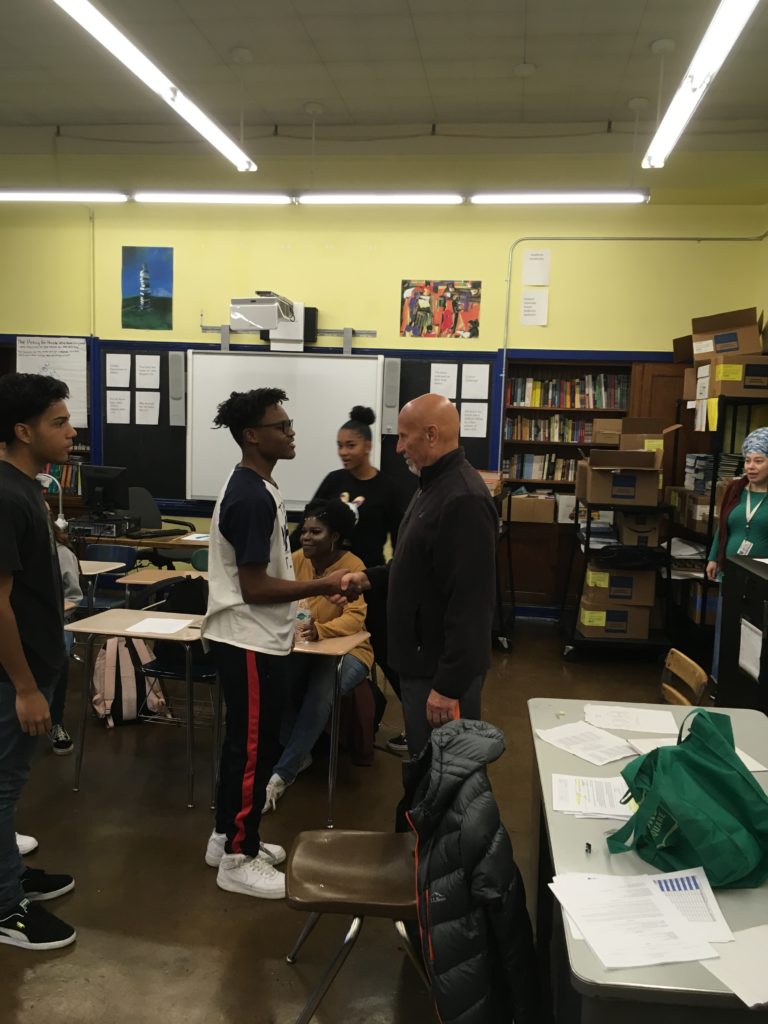 The students were then instructed to ask any question to Francisco to figure out his job.

However, the only answer Francisco was allowed to give was “yes” or “no“.

After 20 minutes of probing, insightful, fearless, rapid fire questions, Omayra Corporan was first to proclaim what many student were ready to say – Francisco’s job is a MUSIC CONDUCTOR!! 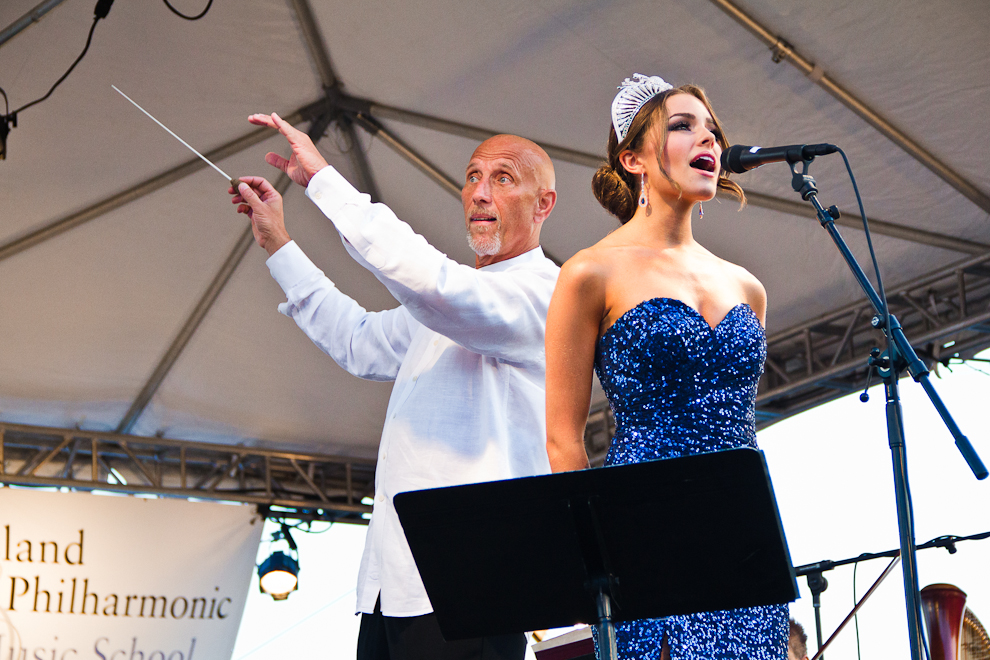 The lesson I hoped to reinforce was your ‘questions are more important than answers’! 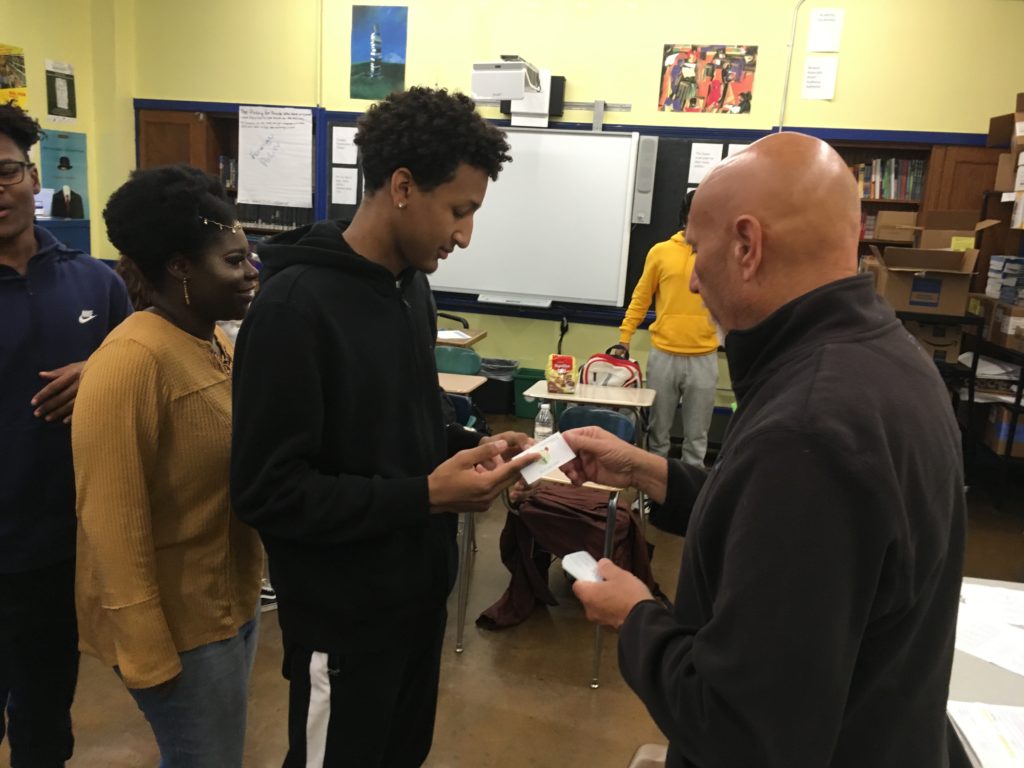 Juan Sevevino networks with Francisco at the end of class. Please observe Juan’s networking skills by exchanging business cards with the Conductor. 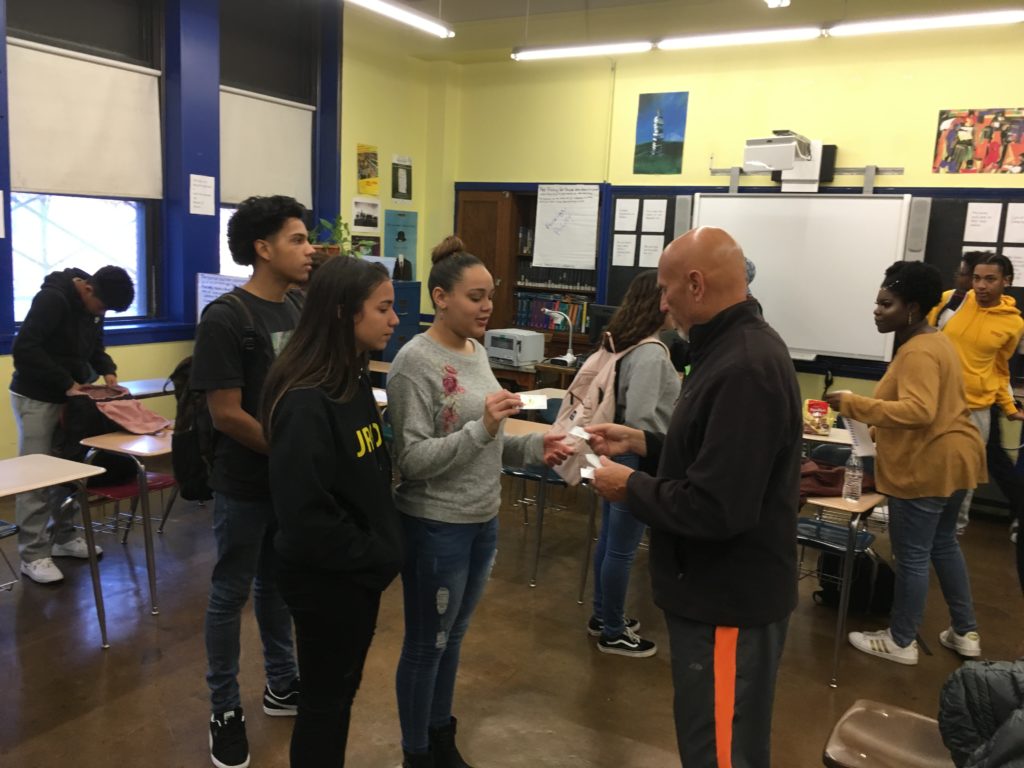 Mariely Brito Leonardo networks with Francisco as Ambar Tavaras waits to do the same. 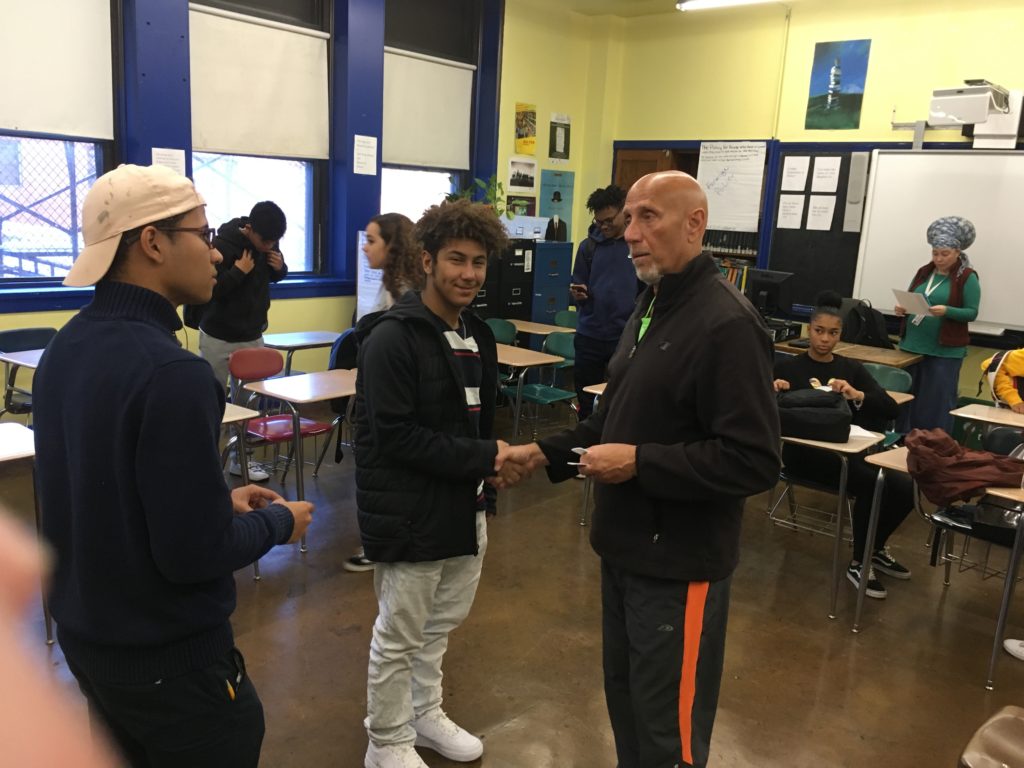 After Francisco greets Marques Jett-Correira, he turns to Hector Guerrero and invites Hector and a guest to join him at the orchestra’s rehearsal later that afternoon. 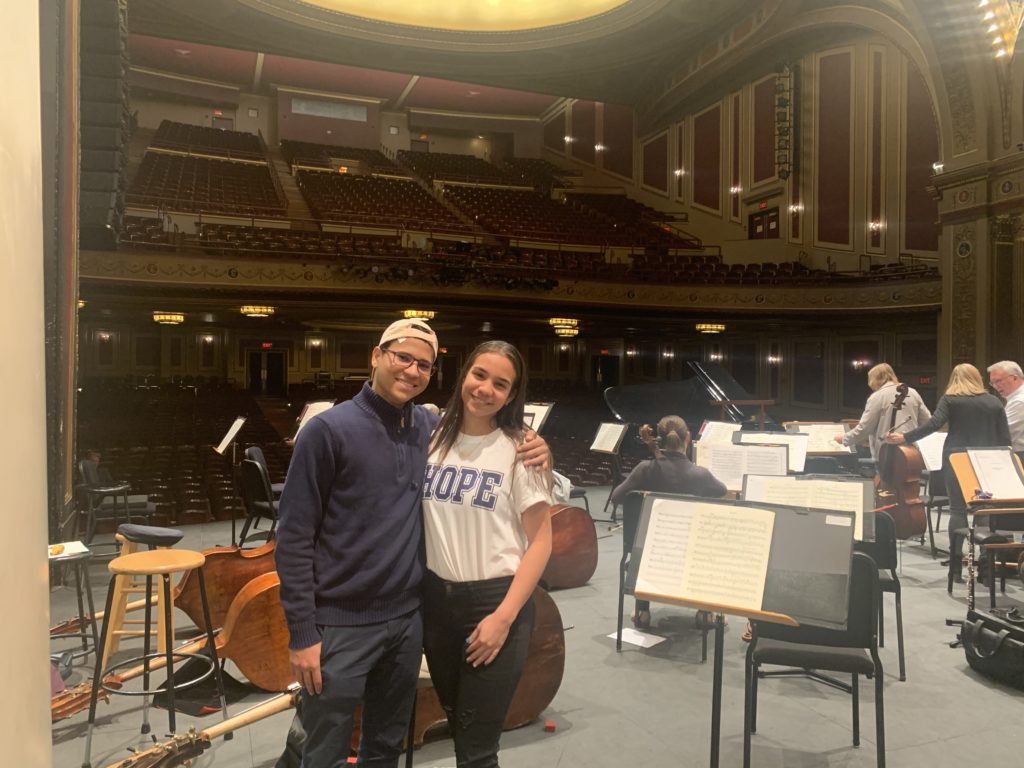 Hector and Ambar at the Rhode Island Philharmonic orchestra rehearsal as the guest of Conductor Francisco Noya.