Students will eventually learn that the creative skill of ‘improvisation‘ with its prerequisite attitude of ‘perspective‘ will serve them well during their quest for lifetime success.

Today’s guest was John Garcia, Development Officer at Bryant University in Smithfield, Rhode Island.   Upon discovering early this morning that Friday’s school schedule had been changed to accommodate an important all school activity, a conversation among Principal Hunt, John Garcia and Stephen Cronin created an opportunity for some students to still meet and speak with John Garcia. 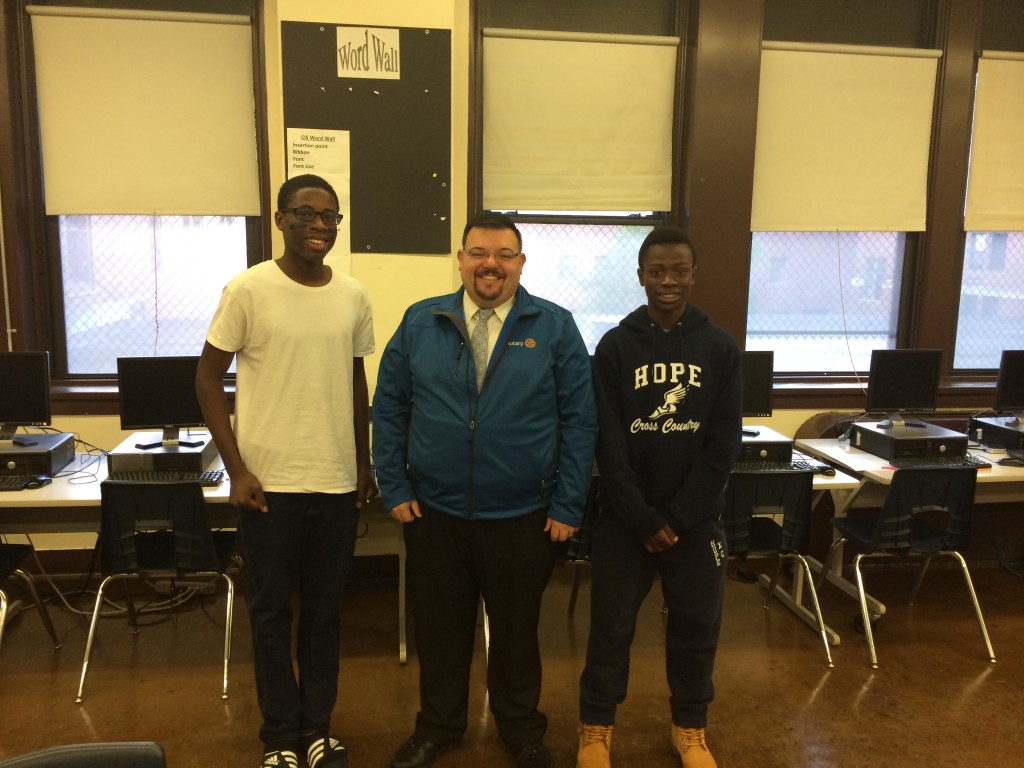 John’s story was inspiring and informational.

John’s parents were Portuguese immigrants.  Portuguese was the language spoken in his home. John spoke about his transition from Portuguese to English during his early years of education, from big challenges to eventual academic success. “It was a challenge initially;  success really came down to hard work and perseverance.  I believed education would help me become a successful person.” John said.

And, then, John shared one interesting anecdote with Elijah and Isaac.  “I was not initially accepted into my primary college.  They said my grades were not good enough.   So, I asked for a meeting with the Admissions representatives at Bryant University to tell the other part of my story.  As soon as Admissions learned how involved I was outside of the classroom, in different clubs and activities,

‘Not quite good enough became ‘very good enough’; in fact, now Bryant wanted someone like me at their school.  They were and still are looking for students who will become involved and make a contribution to the Bryant campus community. I’m glad I had the opportunity to take control of my brand perception.”

John has agreed to return later this year to Hope Life Skills to share more of his story with the rest of the Life Skills students. 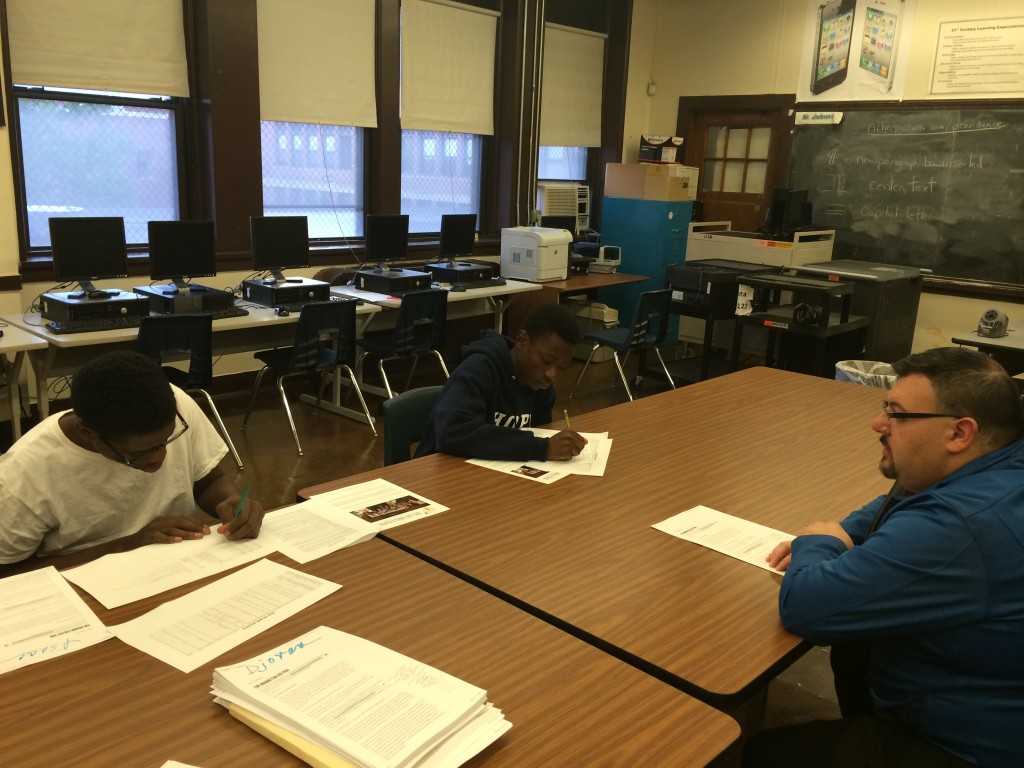 John shares his contact information with Isaac (left) and Elijah (right) and asks them to establish LinkedIn accounts and connect with him to continue their conversation. 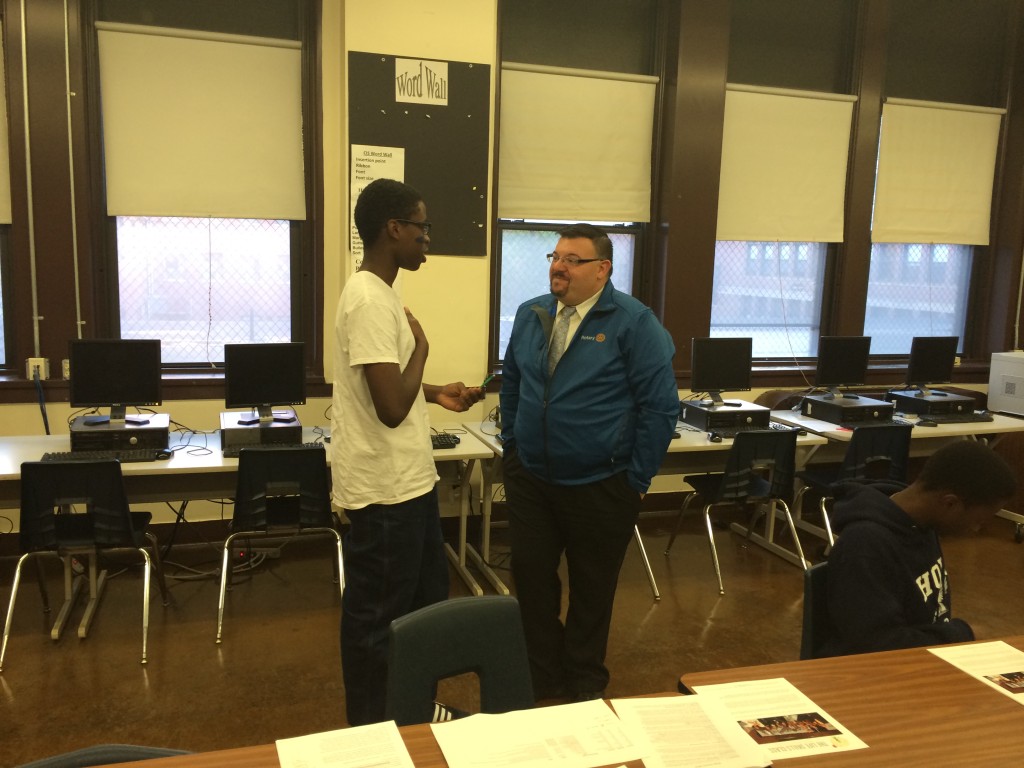 John and Isaac continued their conversation during the regularly scheduled networking segment at the end of class. Isaac informed John of his interest in Bryant University. John encouraged Isaac to stay connected with him and offered his help throughout Isaac’s application process.