Today’s class happened because a Hope Life Skills student with a strong, positive brand had the courage to push out of their comfort zone to ask! 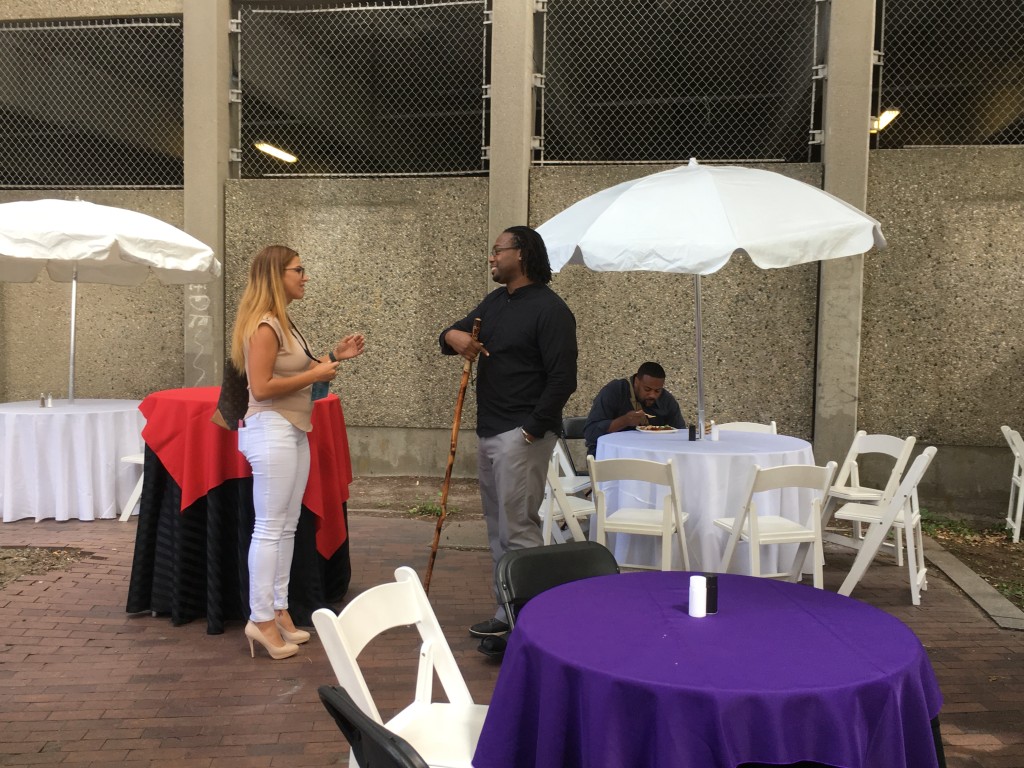 Hope Life Skills student, Ariel Hall, introduces herself during the Day 2 luncheon at BIF 12, the international storytelling conference at Providence’s Trinity Theatre, to one of BIF’s most popular speakers, Kalimah Priforce.  Not only did Ariel add Kalimah to her growing network of successful people but she also had the courage to ask him to come to today’s Hope Life Skills class in Room 112 at Hope High School, in Providence, Rhode Island.

Kalimah Priforce grew up in a New York City group home.  At eight years old, he held a successful hunger

strike against his group home in Brooklyn to add more books to its library, which drew the attention of a community of Buddhist monks and nuns who privately tutored him until the age of 14. By 16, Kalimah started his first computer tech company that primarily served low income neighborhoods and the elderly. After his teenage brother was shot and killed behind their childhood elementary school, Kalimah formed a lifelong commitment to transforming the lives of under-served kids towards mindfulness of their path and purpose.

“a person’s future should be influenced not by their zip code but by WHO and WHAT they are exposed to”.

Qeyno Labs is essentially a think tank dedicated to the pursuit of uncovering and developing the untapped genius of young people especially in America’s inner cities.” Kalimah is a 2013 Echoing Green fellow and one of the driving forces behind The Hidden Genius Project, an Oakland-based program that trains black male youth in entrepreneurial thinking, software development, and user experience design. 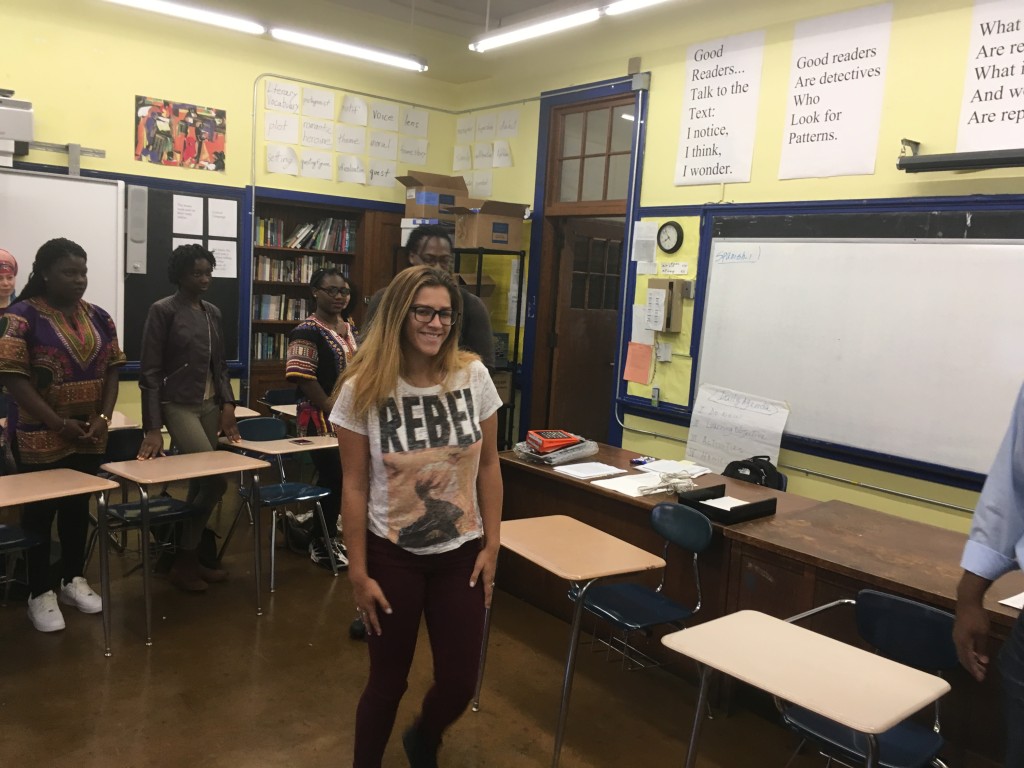 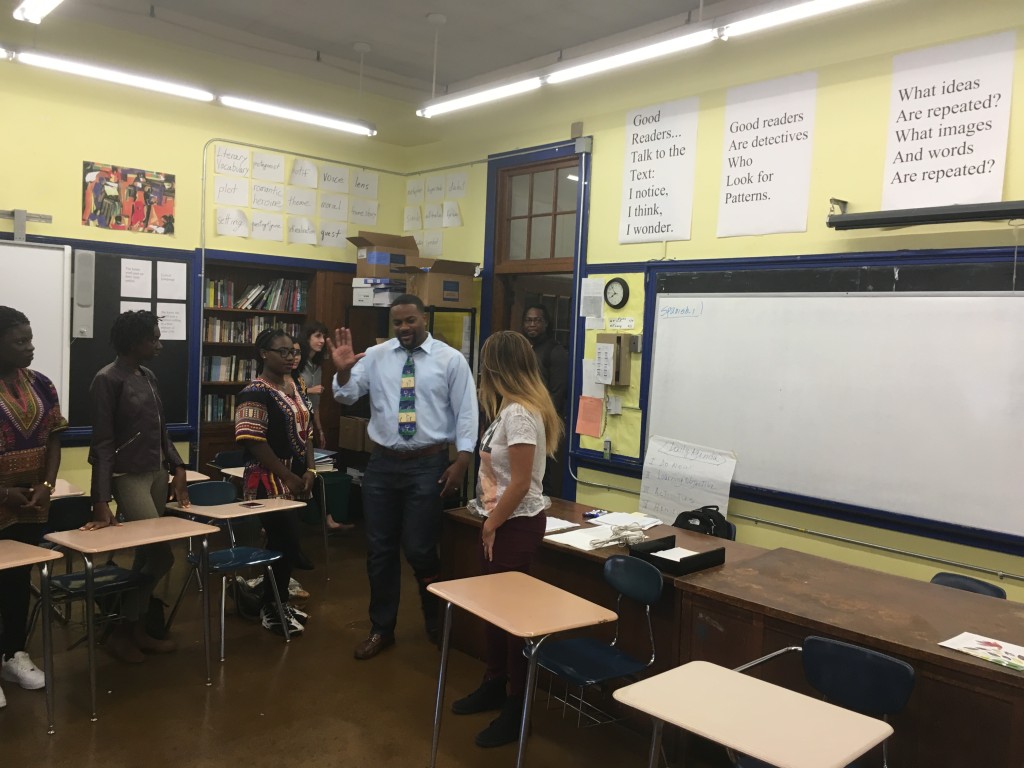 Kalimah was joined by

Ryan Mitchner, a Coordinator Counselor at the Community College of Rhode Island.

Both men shared personal stories of success, from initial challenges and doubt through various stages of development and, now, to their evolving mission to discover and fulfill their passions for success.

Both men also explained how the diversity of their personal networks has enriched their lives.

Ryan shared a thought provoking story about his high school enrollment at a private school and how the school’s mostly affluent student body caused him to pause and reflect on what he valued at the time (Dion Sander’s sneakers) and what was really important in his life. 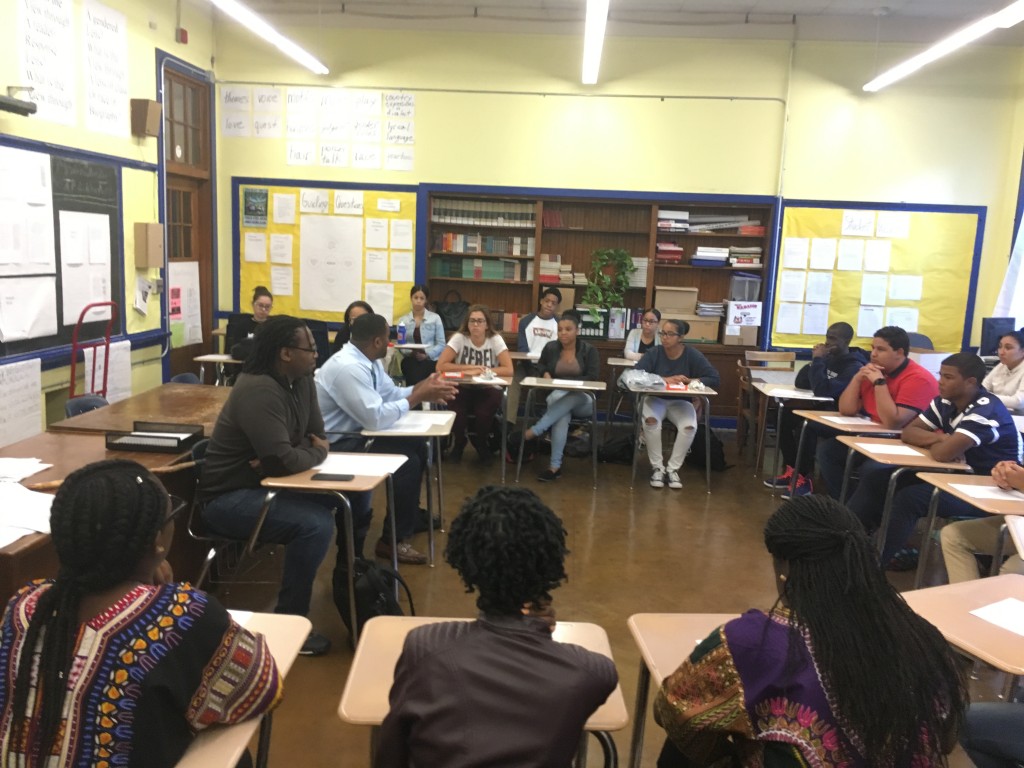 Ryan and Kalimah seated in front of the class sharing their stories and responding to student questions.  In this photo, Ryan shares a childhood fable reinforcing the importance of developing a brand, not of who you are, but rather, who you wish to be! 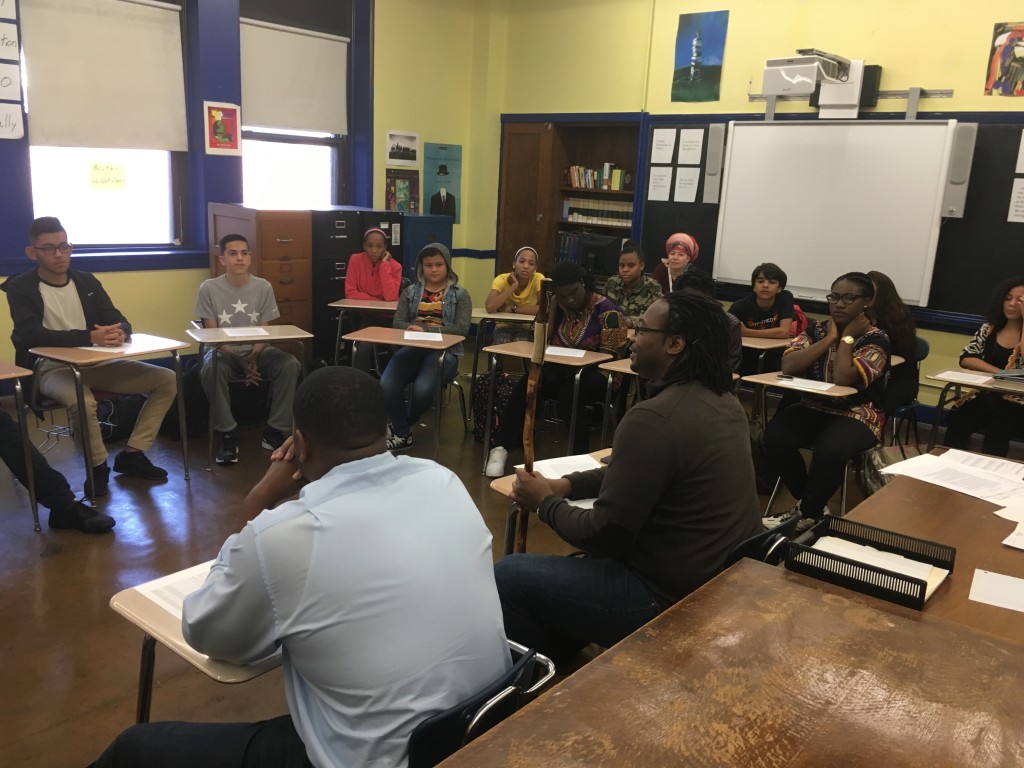 Kalimah explains the benefits of pushing out of his comfort zone to visit India, Italy and England and how the diversity of each country’s people and culture have shaped his life.

The class ended with our regularly scheduled Life Skills networking session, giving time for students to connect individually with Ryan and Kalimah and hopefully add each man to their network of successful people. 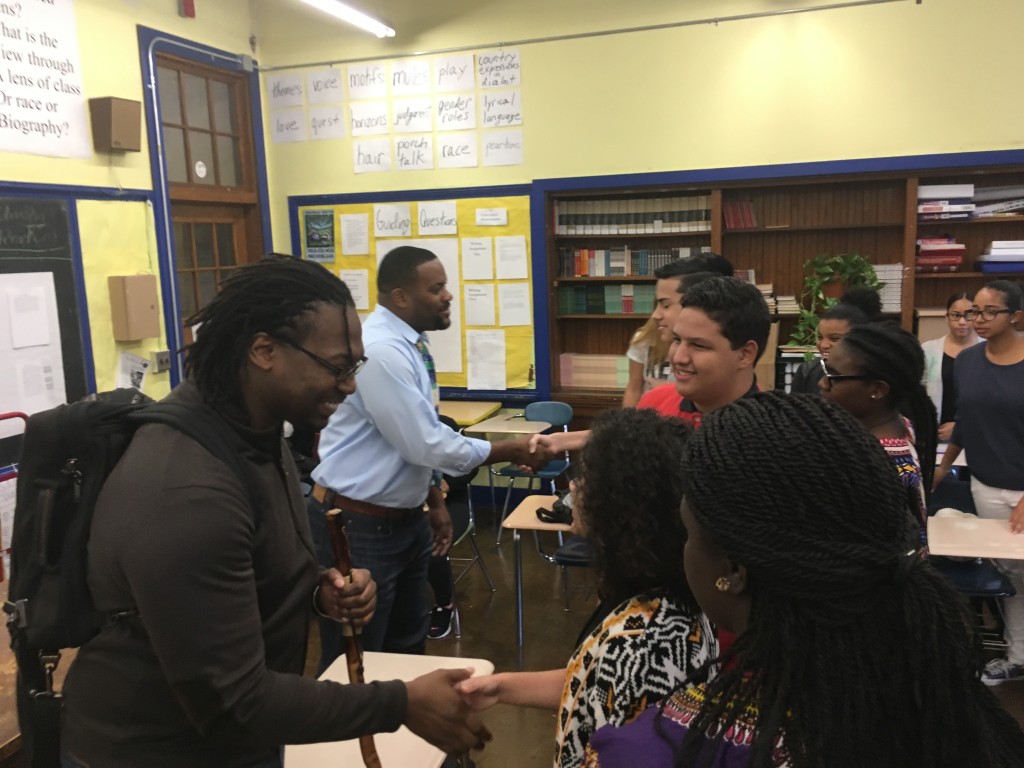 Ryan and Kalimah networking with our Life Skills students. 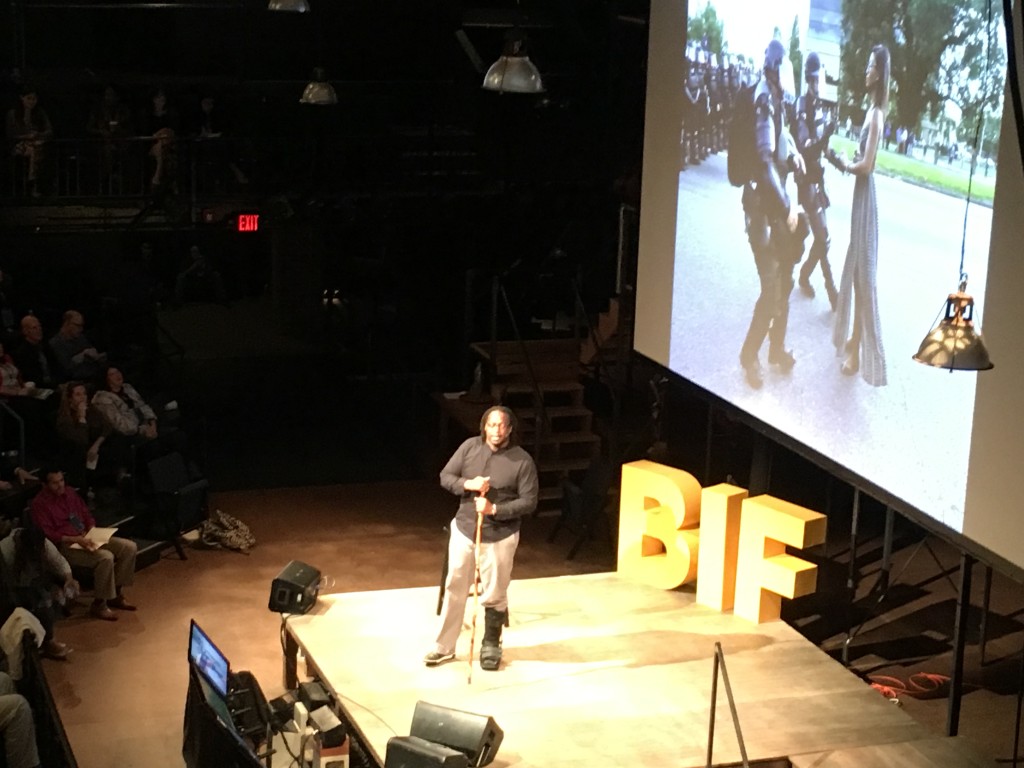