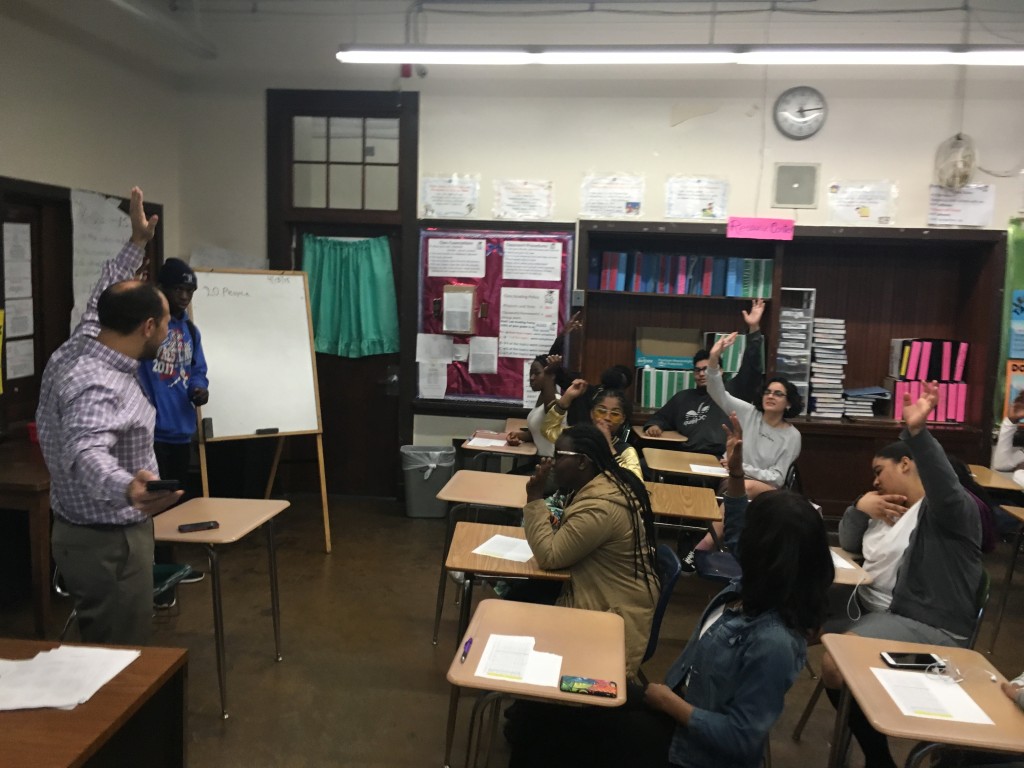 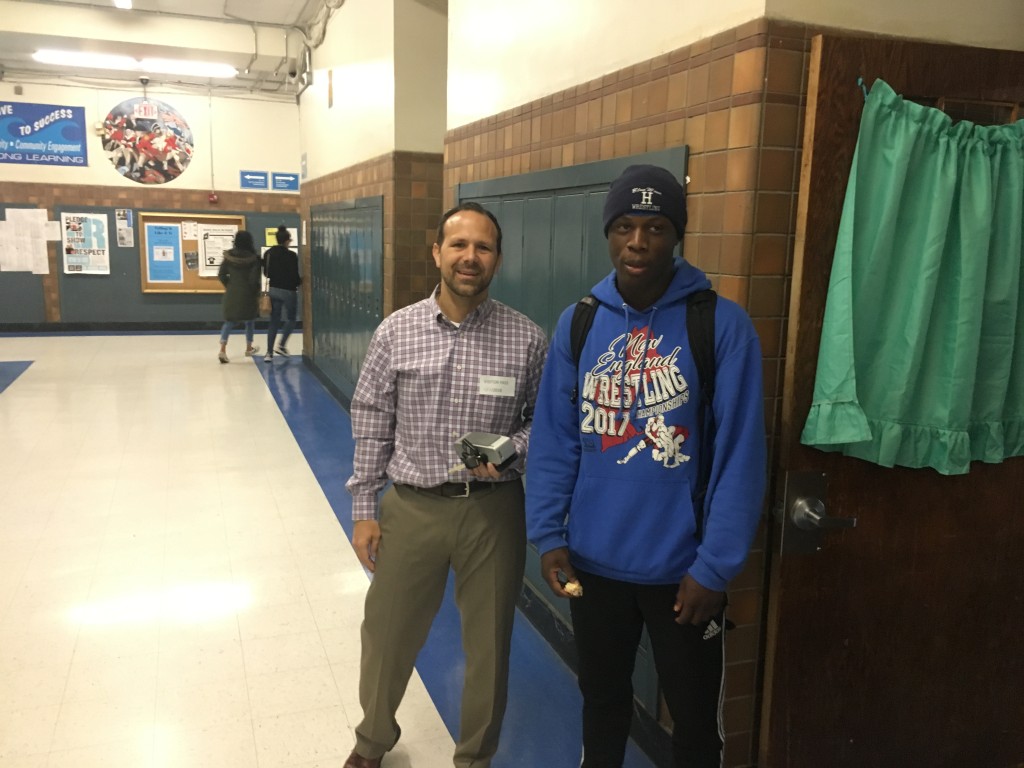 Ryan (left) is welcomed to Hope by Ayo outside of the classroom before the start of the class. 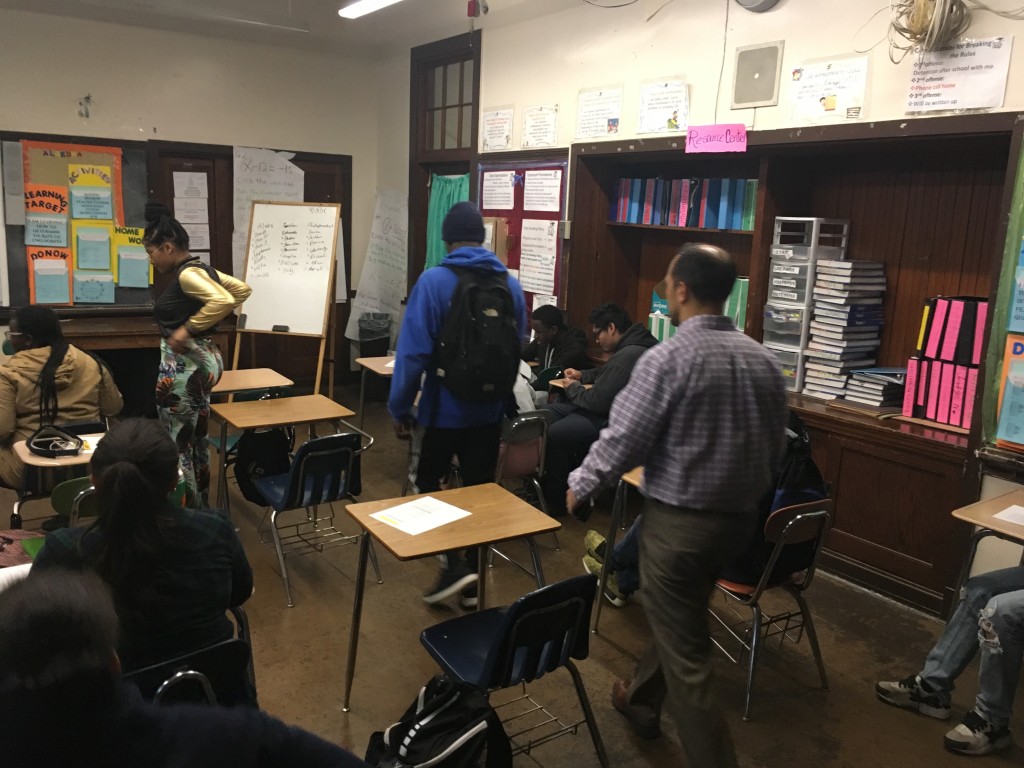 Ayo leads Ryan into the classroom for his introduction 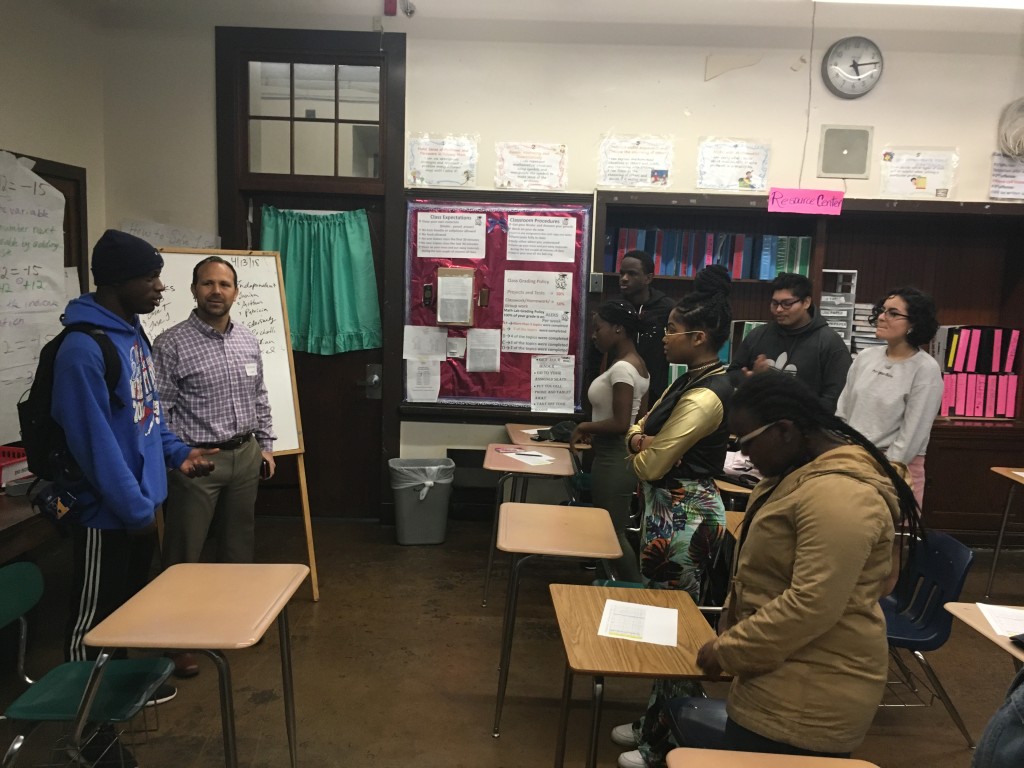 Ayo introduces Ryan to his classmates at the start of today’s class. 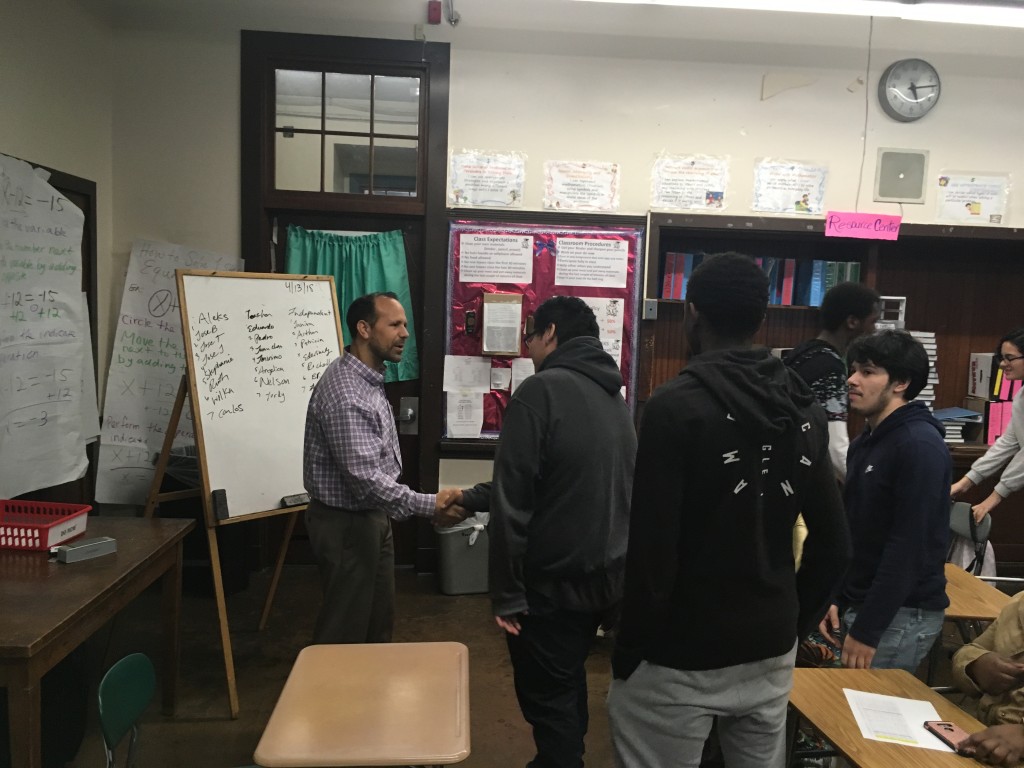 Following Ayo’s introduction, students offer their personal greetings to Ryan with a firm handshake, eye contact, smile and a friendly greeting.  In the photo about, Francisco Gonzalez welcomes Ryan to the Hope Life Skills class. 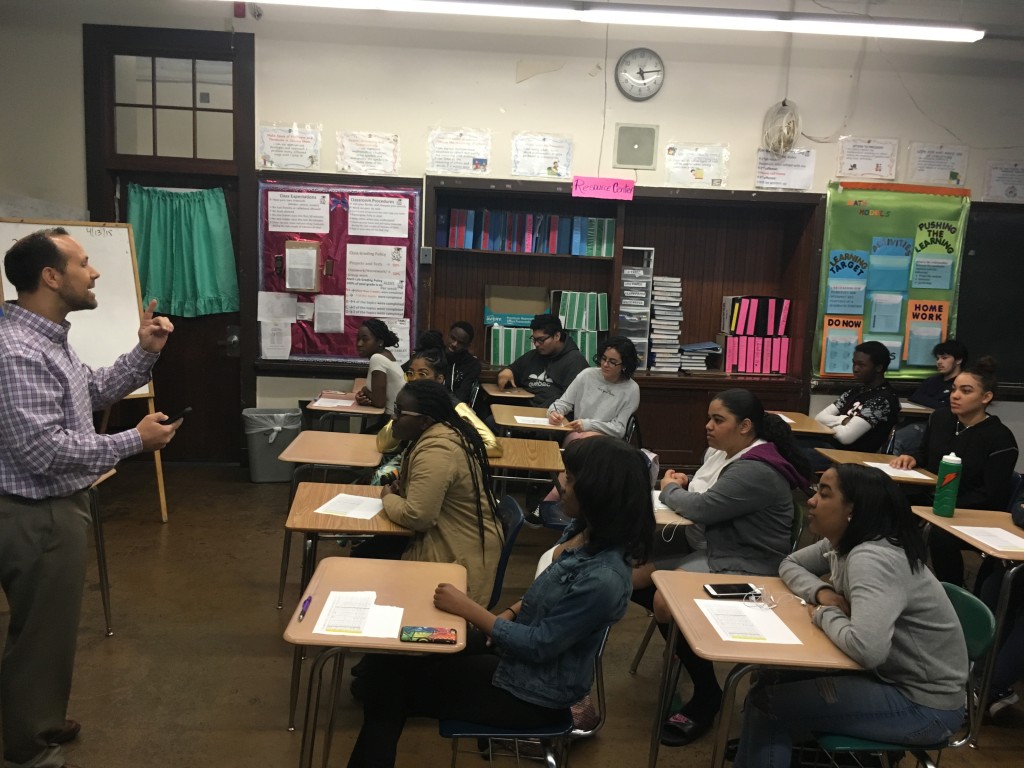 Ryan presents his mission for today’s class. “I will present a business plan I’ve been working on. I would appreciate your critical feedback on a motivational app I’m hoping to launch“.

Ryan asked students for their critical feedback, their interest in using a motivational app like he was describing and, finally,

asking students to imagine themselves as potential investors

and if they would invest in Ryan’s business.

The class became a collaboration of creative minds, offering what if’s, an exchange of questions, possibilities

and suggestions for Ryan to consider in the development and monetization of his motivational app. 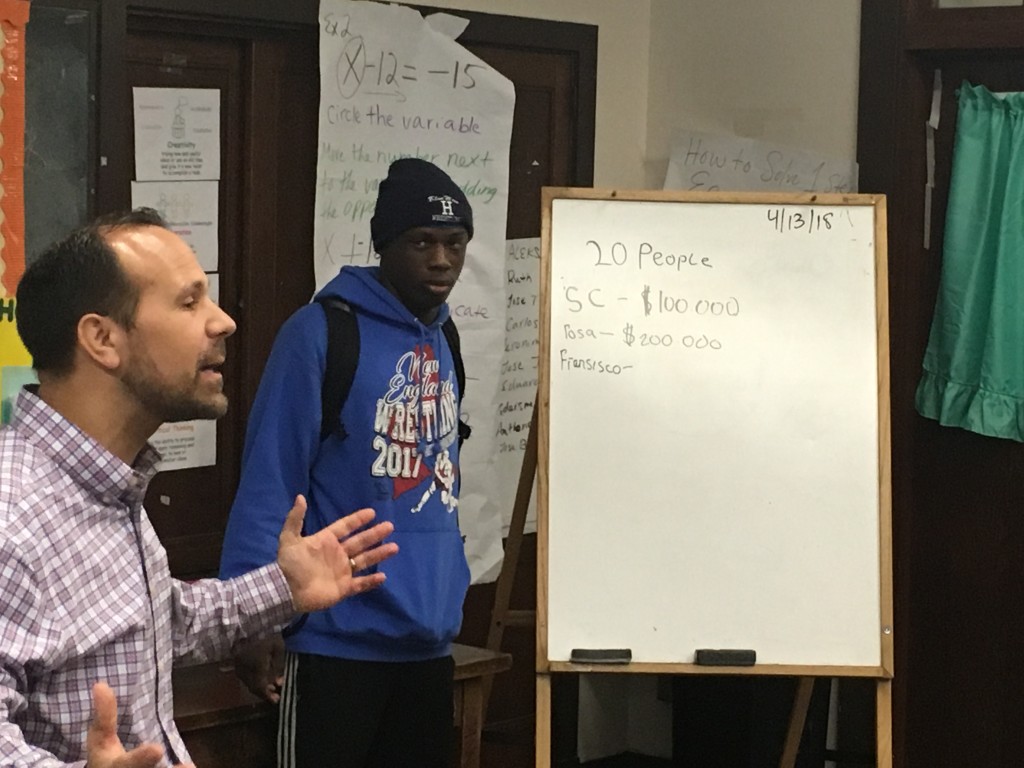 Following his entrepreneur’s presentation, Ryan seeks investments for his motivational app company while Ayo records the investment pledges on the white board. 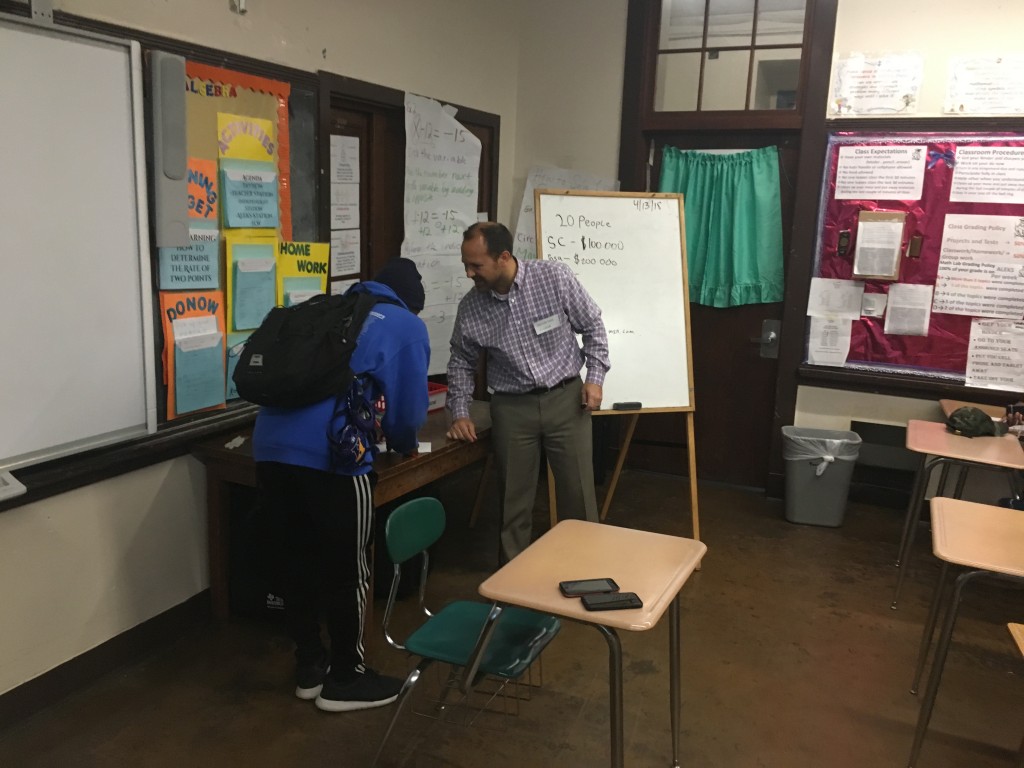 Ryan and Ayo network after class with Ayo giving Ryan his business card. One of the primary topics of their conversation was a negotiation with Ayo pledging to offer his coding skills to write the algorithms for Ryan’s app in exchange for an ownership position in Ryan’s motivational app company.