T-Time Productions creates and produces unique programming and content for various media platforms including television, online, mobile, film and tablets.  T-Time productions include “Third and Long”, the history of African Americans in Professional Football from 1946 to 1989 and “License to Thrive“, a celebration of the 35th anniversary of Title IX which premiered on the ESPN networks in March 2008.  The documentary has been featured on “Good Morning America” and has been used in classrooms and on college campuses across the country.

Our Life Skills class host was today was Aimon Foreman. 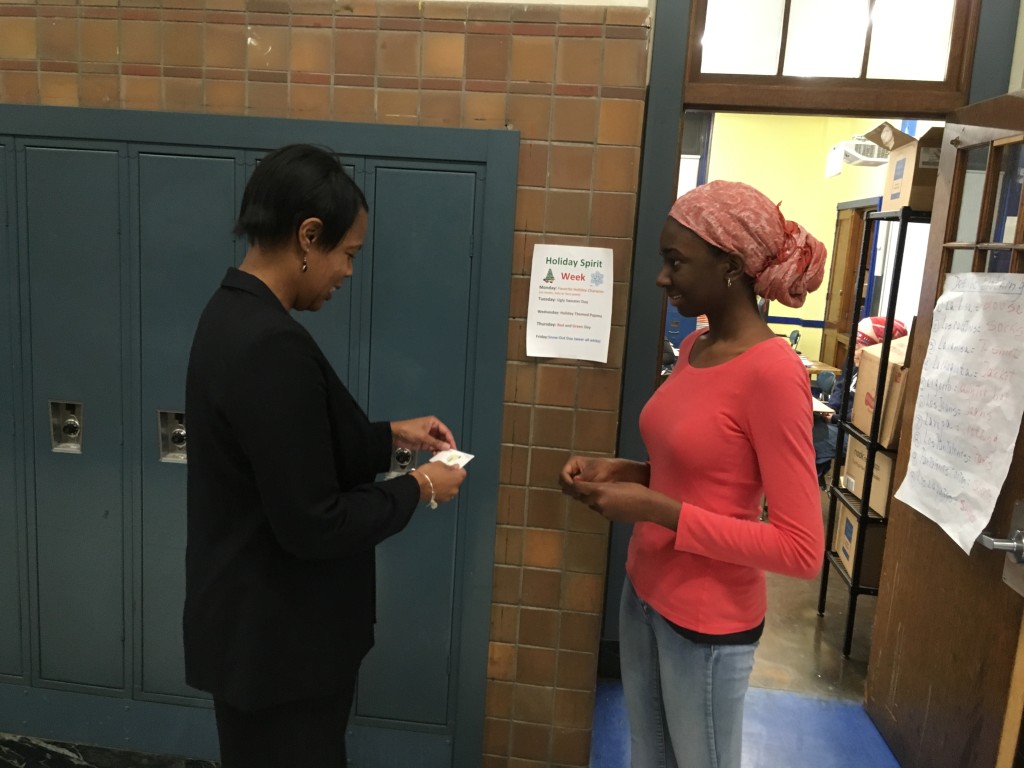 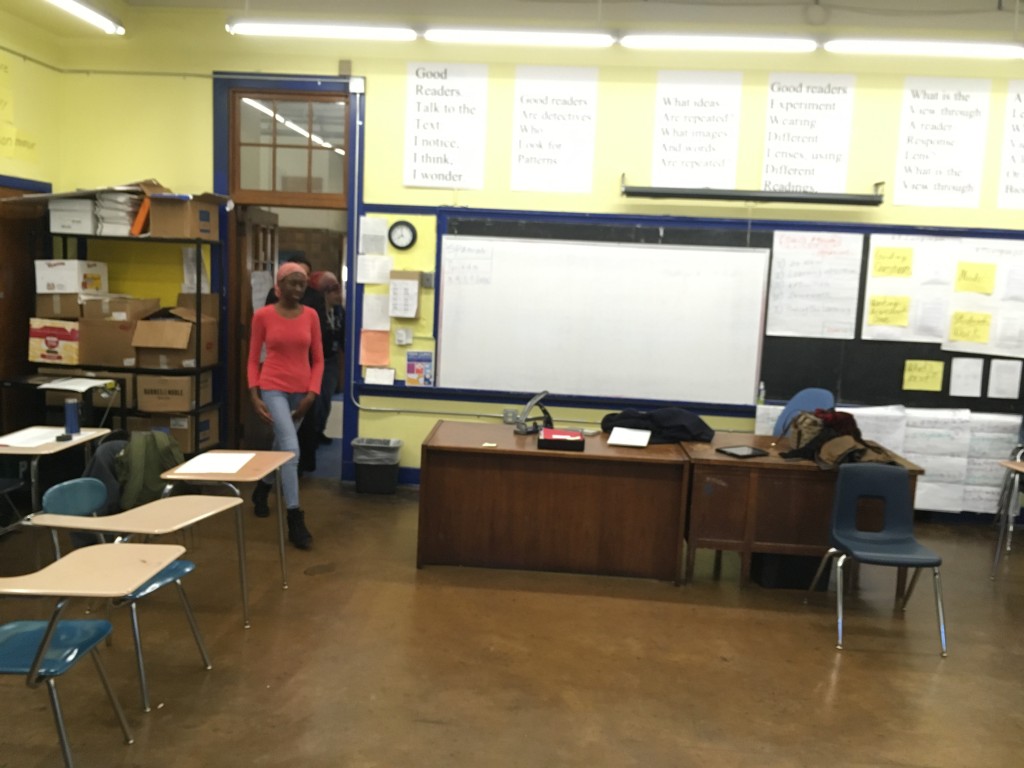 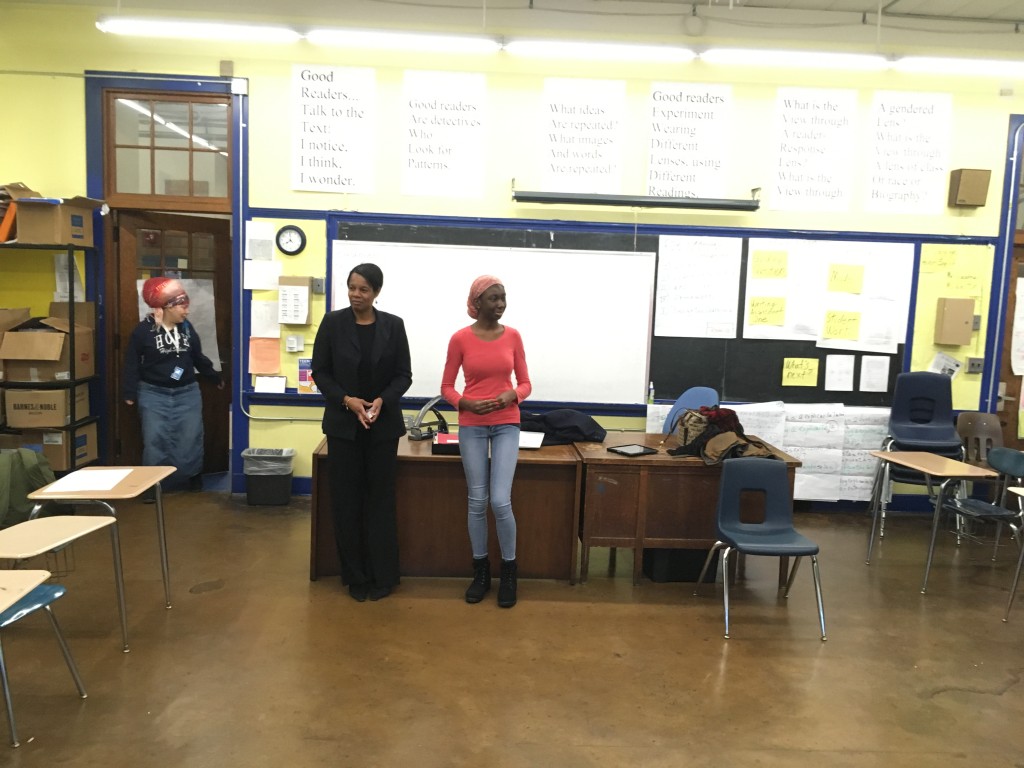 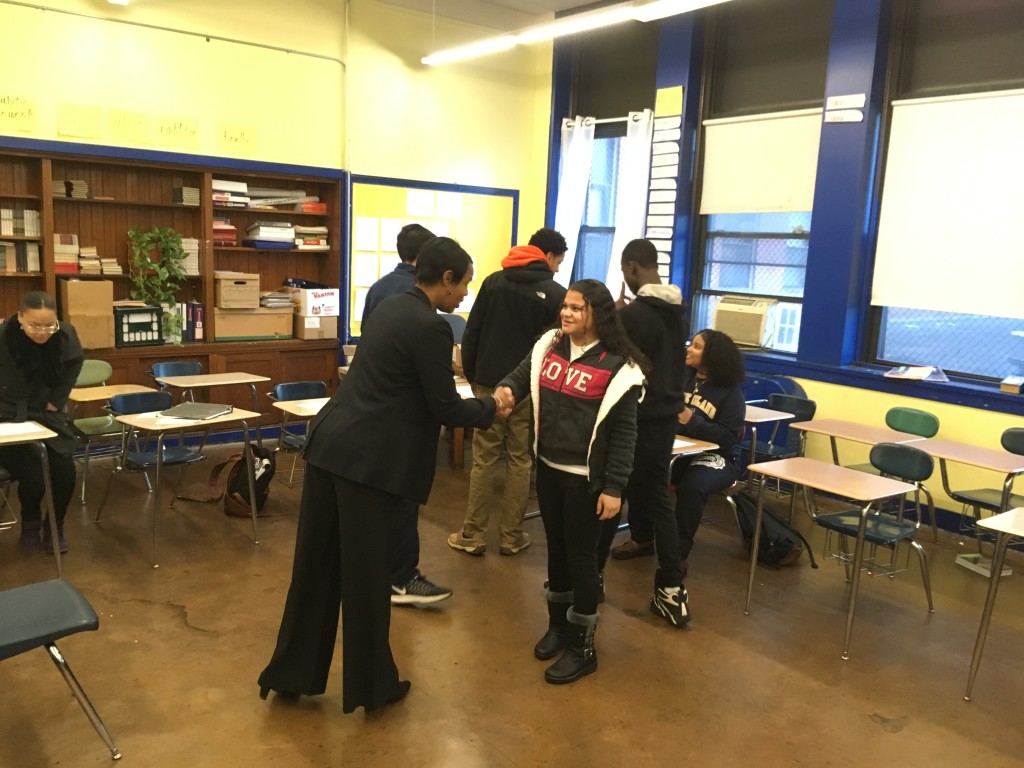 Theresa told the students of her focus on always trying hard.  “Whether it was track and basketball or the classroom and now with my own company, I have always given my maximum effort.”  As a result, Theresa was awarded an athletic scholarship to Stanford University and an academic scholarship to Harvard.  This focus on hard work gave Theresa the courage and confidence to start her own company.

Theresa spoke about her transition to Harvard College and the stark, socio-economic differences within Harvard’s student body.  She shared the story of visiting her roommate’s home and the incredible wealth she witnessed.  “They had servants in their home.  Everyone was expected to dress formally for meals. They had a rotating driveway which meant you never had to put the car in reverse because the driveway moved the car in the direction you wanted to go!  And, while I had to find jobs in college to help pay the bills my scholarship didn’t cover, my roommate was fortunate enough she didn’t have to work and could travel.  This visit to my roommates home was a thought provoking, learning experience for me.“ 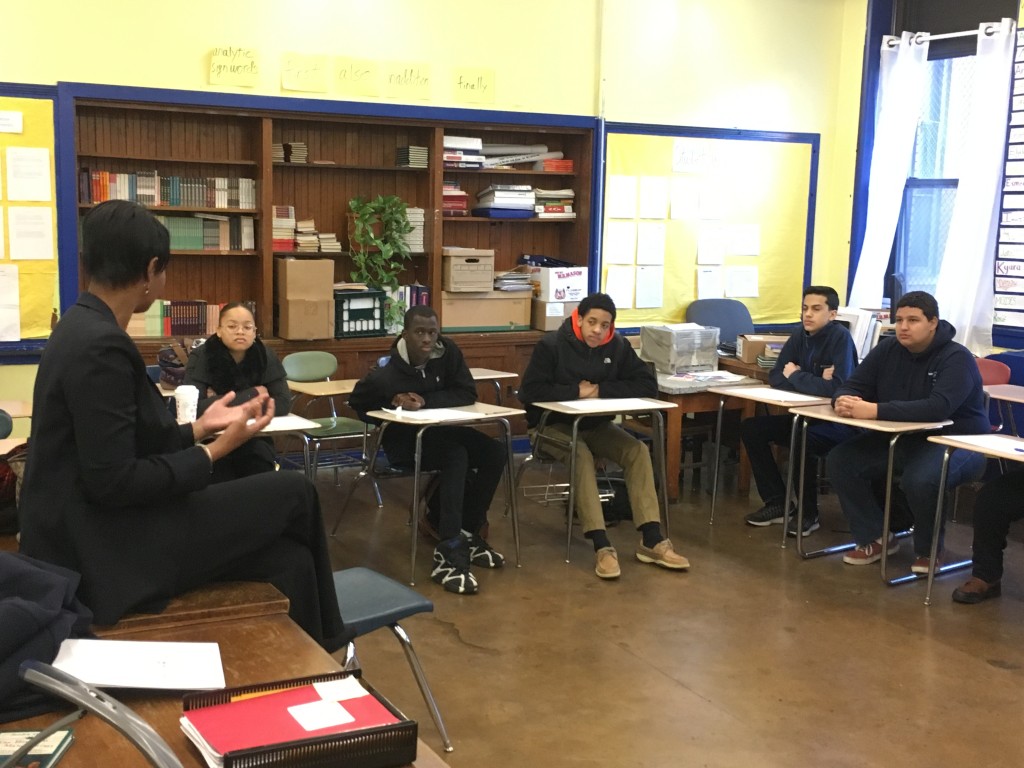 Theresa tells the class of pushing out of her comfort zone to meet new people and eventually leaving ESPN to start her production company.

There were several good questions from the Life Skills class about Theresa’s career and why she chose the path she did.   From choosing Harvard over Stanford and then leaving a prestigious company like ESPN to take the risk of starting her own company, Theresa has made decisions she thought were best for her at the time.  “I thought going to college in Boston 50 miles from my home in East Providence was better for me than going to Stanford 3,000 miles away.  And, after producing great videos at ESPN, I thought I would be more fulfilled by being the leader of my own company and making films I wanted to make.”

At the end of class, several students met individually with Theresa to exchange business cards and hopefully continue their conversation at a later date. 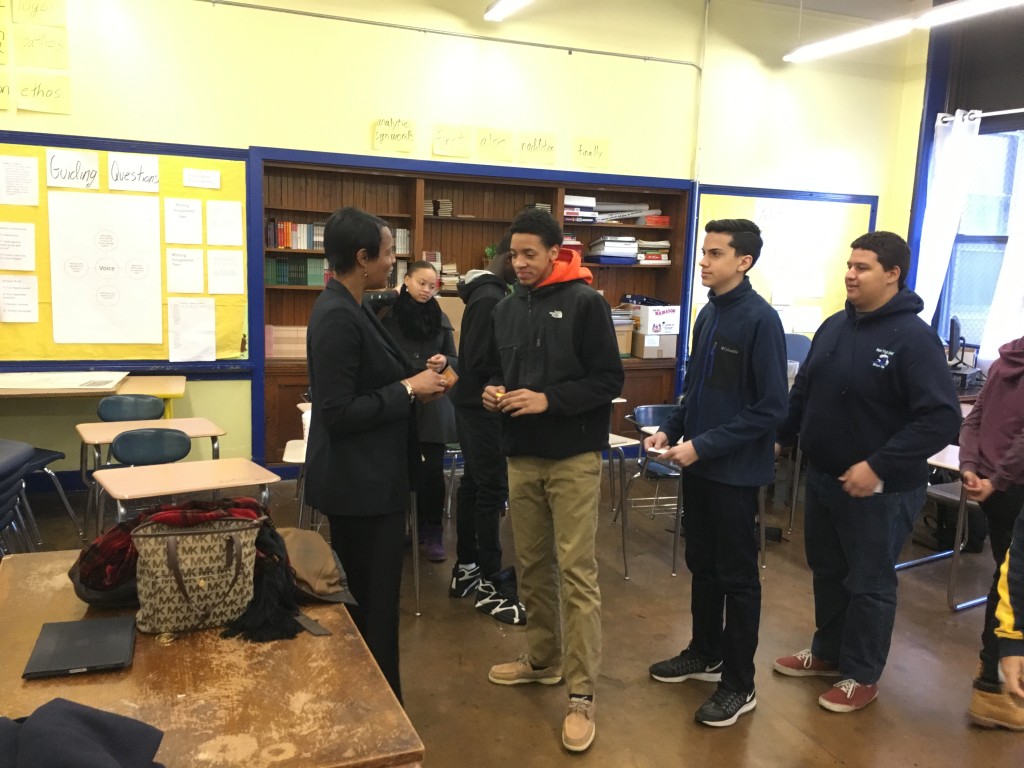 Zidany Fatuda exchanges pleasantries and business cards with Theresa during the networking session of the class as Justin Cordeiro (middle) and Yael Torres wait to do the same.