Kevin Estrada and Lisanyis Gonzalez sitting up front with Walter Jimenez and Damilola Odelabu in the back of a $125,000 Tesla Model X autonomous electric car. 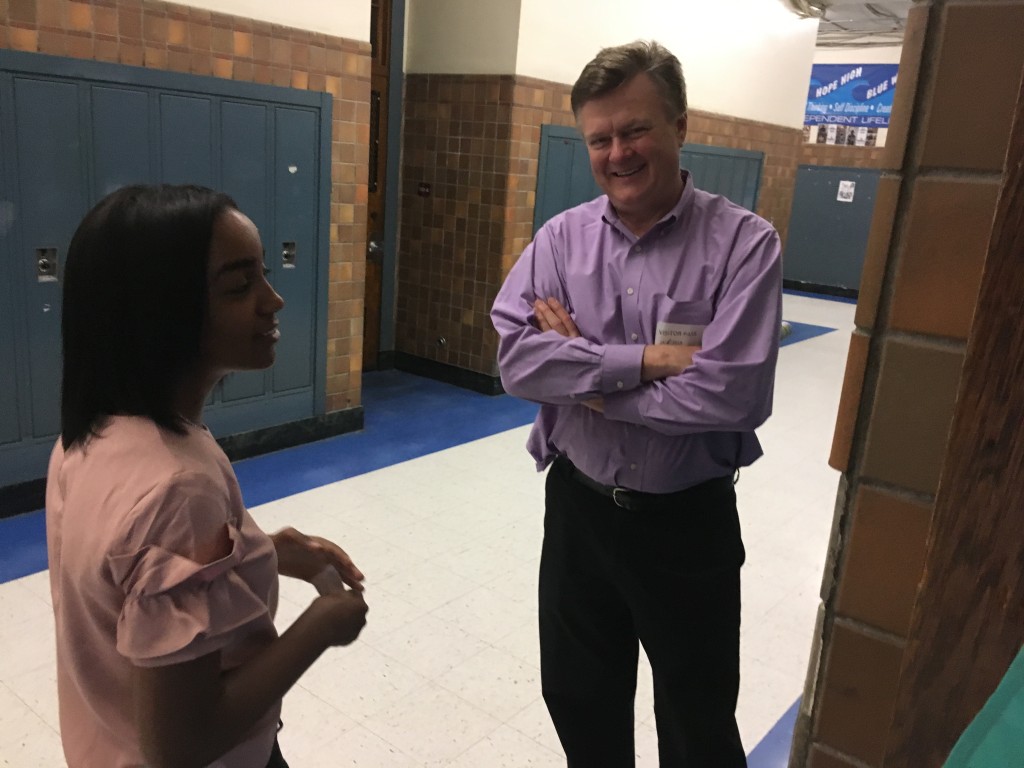 Lisanyis welcomes Jim Clark to Hope High prior to the start of today’s class. 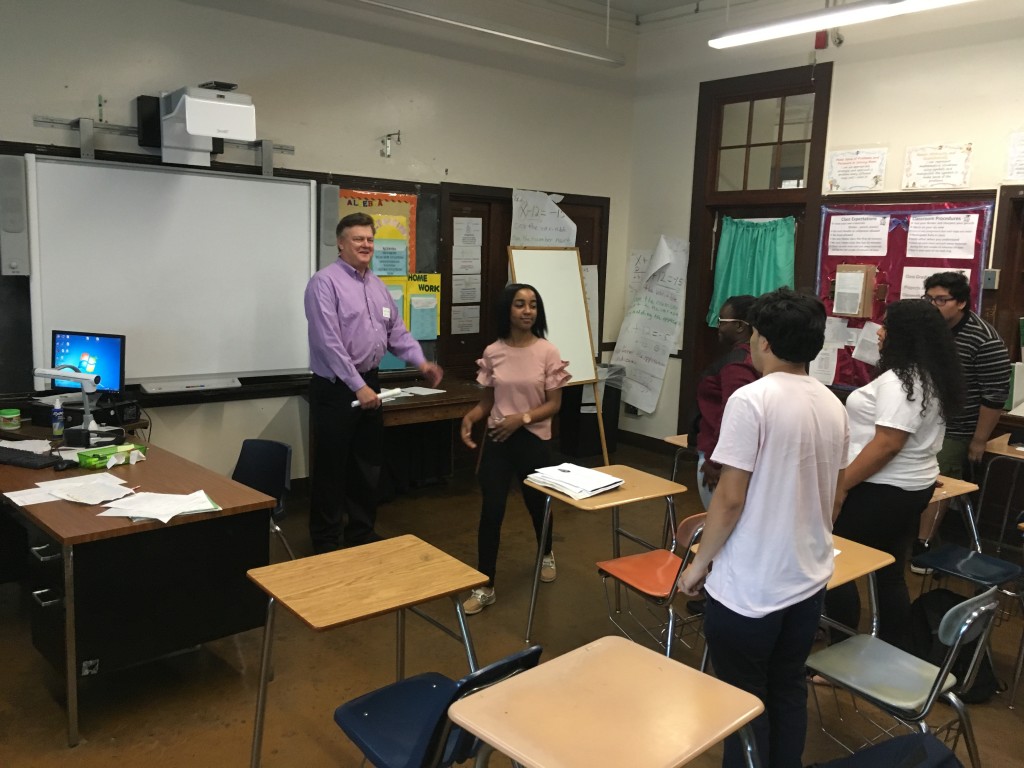 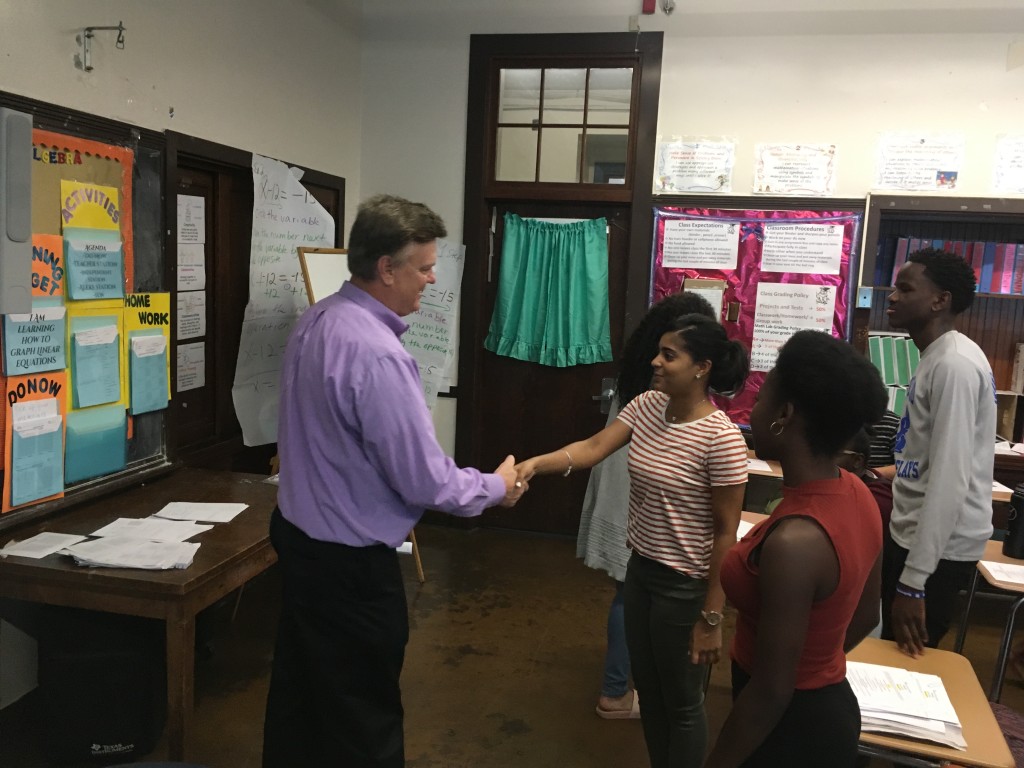 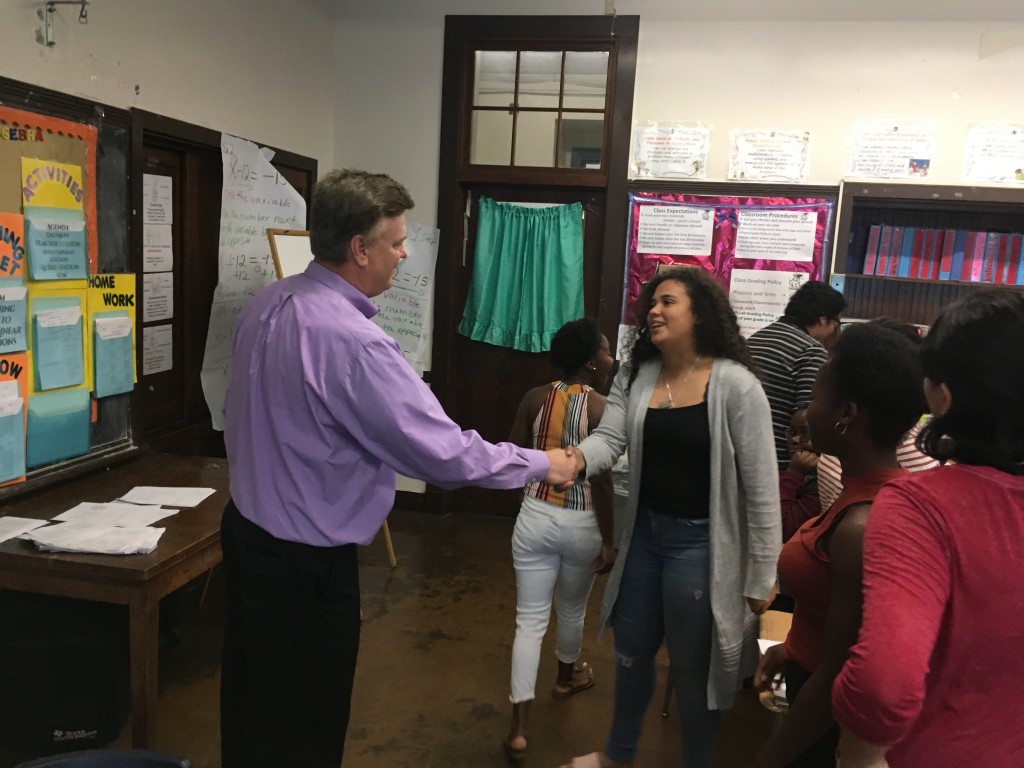 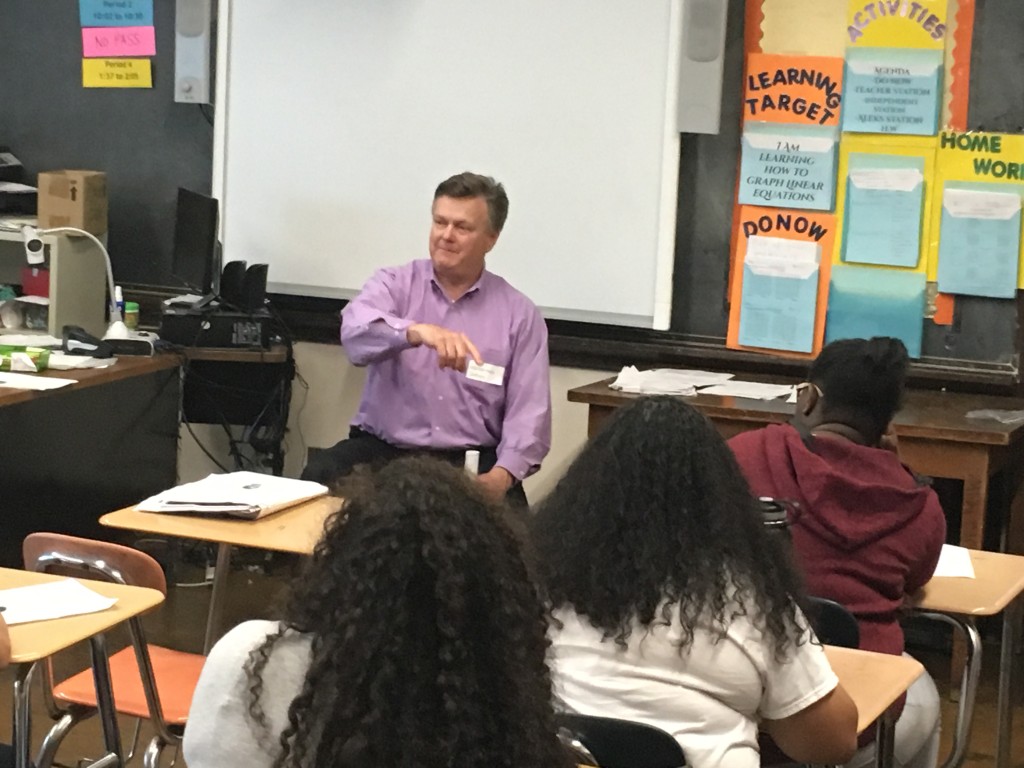 Jim begins to share the story of his autonomous, electric car, the Tesla Model X.

“No gas nor oil.  No parts like carburetors or spark plugs to replace and  very little maintenance like gasoline powered cars. I plug the car into the electric outlet

at my home or office and it will travel for about 250 to 300 miles before it needs another charge.  It takes about 1 hour to get a complete electric charge.  The electricity for the car I essentially get free because of the solar panels on the roof of my business. And, when I’m traveling to other parts of the United States, my deal with Tesla allows me to get free electric charges at Tesla charging stations.  They’re all over the United States;  there’s one in Seekonk, Massachusetts.  The car’s purchase price is listed at $125,000 but the United States government extended about $75,000 in tax credits to anyone buying this car.   So, my cost for this Tesla Model X was actually about $50,000.  Still expensive but not close to the list price.  In a way, all United States tax payers paid for part of my car!   Driving my car feels like I’m flying a plan!“

Jim spoke about a recent braking problem with the car.  “It was reported in the news the

Tesla Model 3 had a problem with the brakes.

It was not stopping fast enough.  But, instead of having to bring the car to a Tesla dealer to fix the braking problem,

The Tesla company essentially sent  a text message or email to the car and the braking problem was immediately fixed!

The car fixed itself.“

The class then walked out the front door of Hope High School to see Jim’s Tesla Model X autonomous, electric vehicle.  This is what they saw! 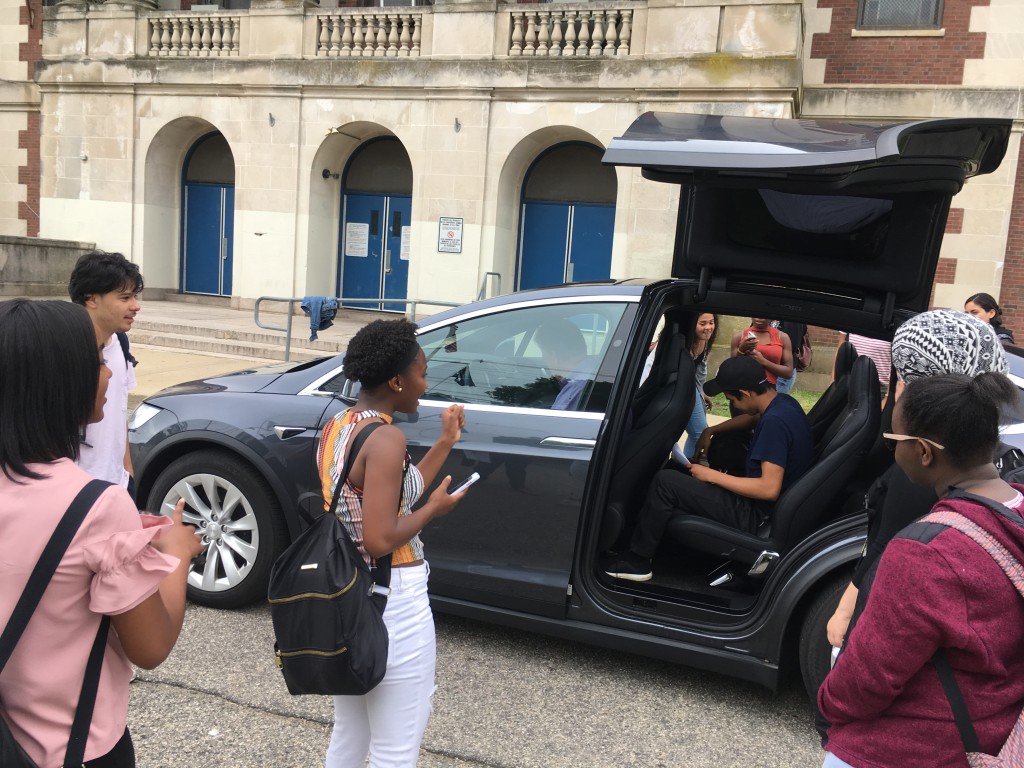 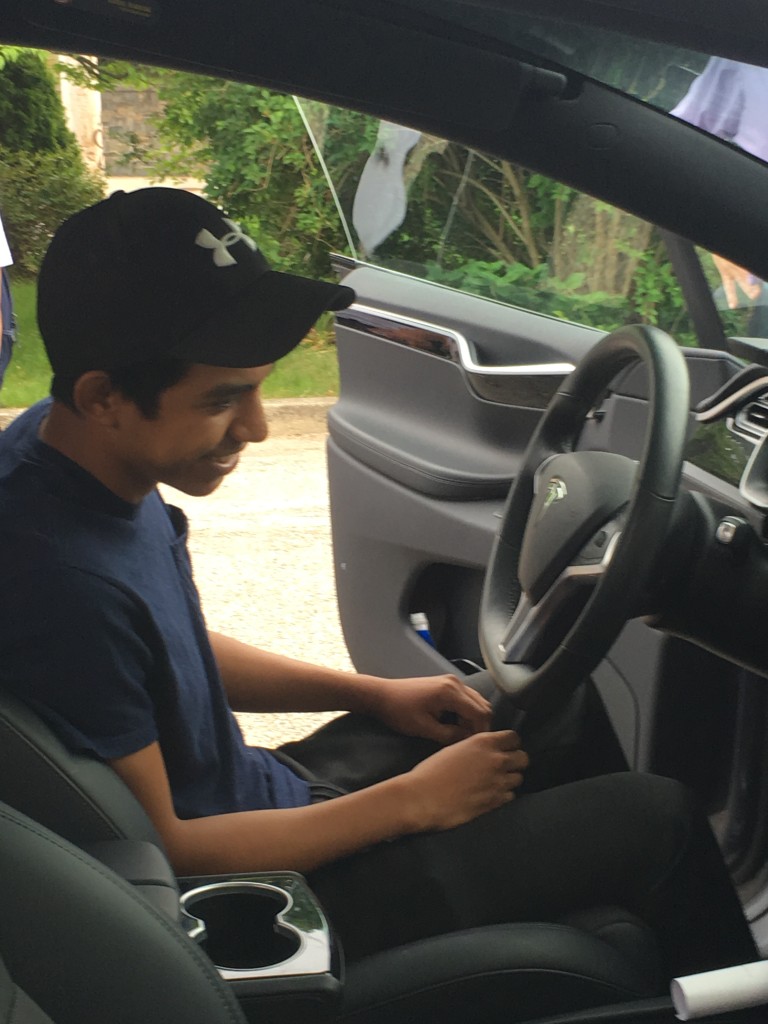 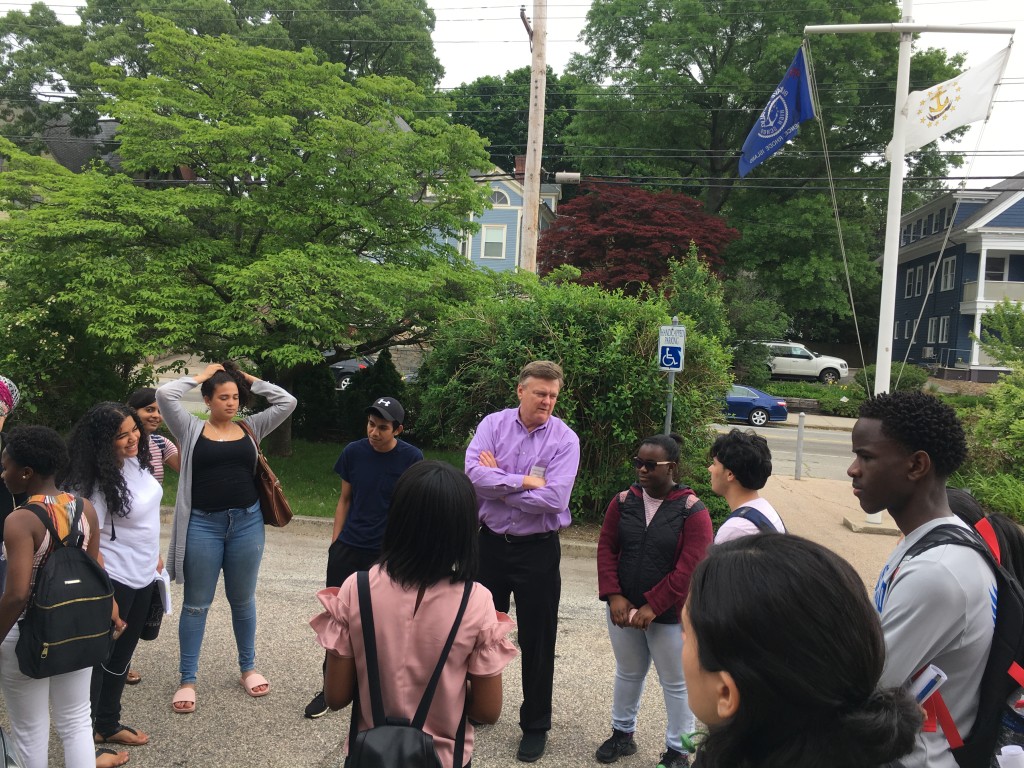 And, this is what the students asked:   “What colors can the car be?”  “Where do you plug the electric charge?”  “What are the taxes on the car (excise tax)?”  “Can the car drive itself (autonomously)?”  “Have the autonomous cars had any accidents?” “What does it sound like when it’s running?”  “Can you play any Drake songs on the car radio?”  “Where are the batteries that power the car?”  “How does it travel in the snow?”

And, the student responses – “I’m going to get one of these cars someday!” 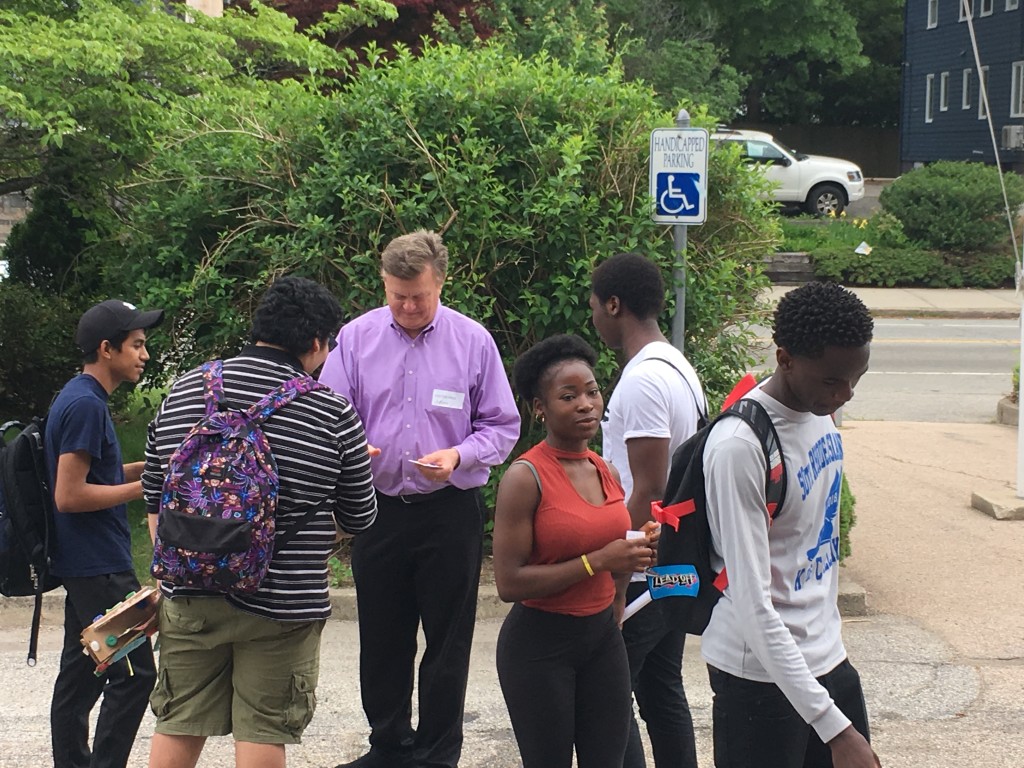 Jim Clark exchanges business cards with the students at the end of the class. 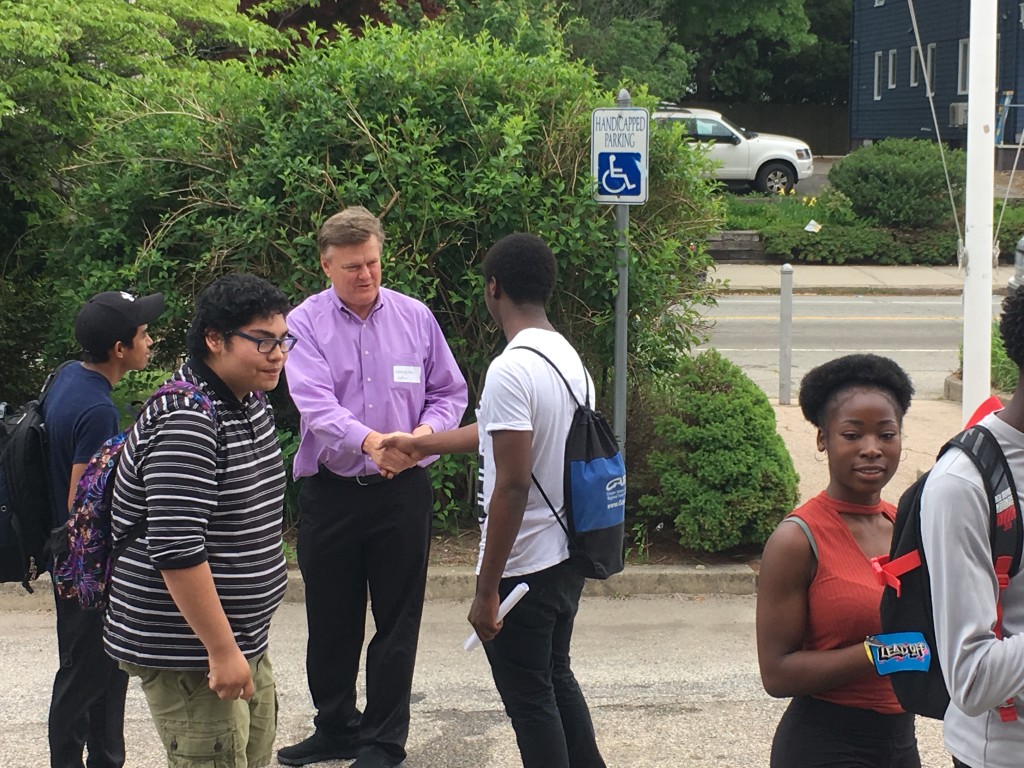 David Ojekunle thanks Jim for coming to today’s class and showing his car.