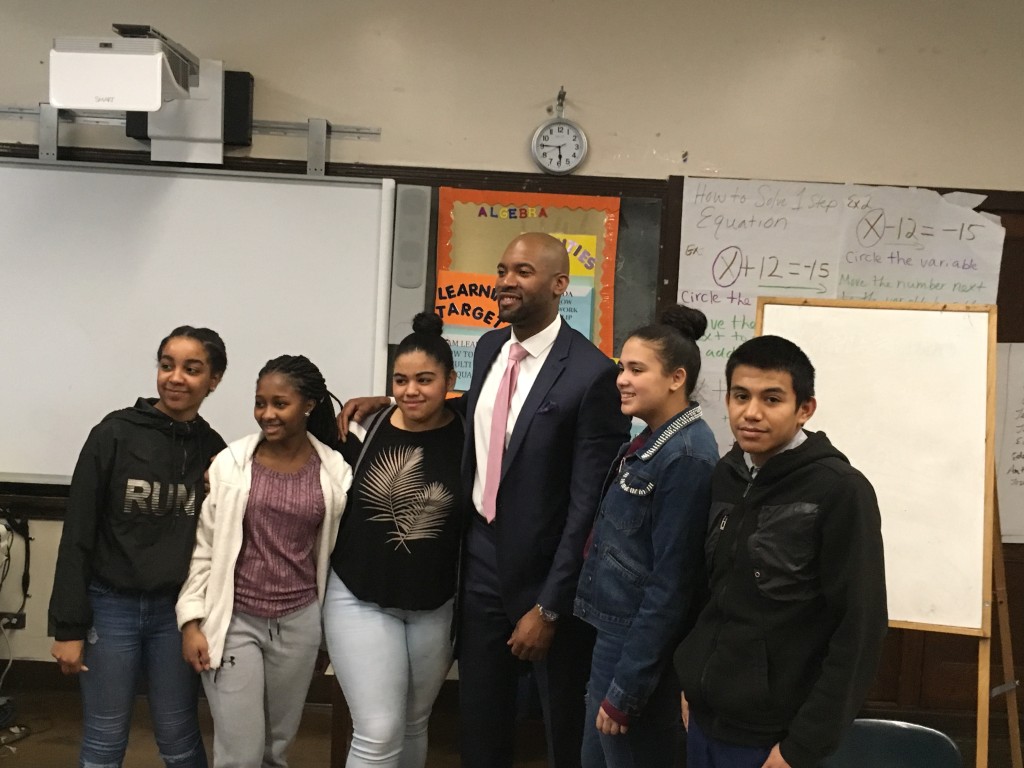 (www.petfoodexperts.com) a distributor of pet foods and accessories to pet stores in the northern states of the United States of America.  Edwin is responsible for identifying and recruiting talented people to his $260 million  company located in Pawtucket, Rhode Island. 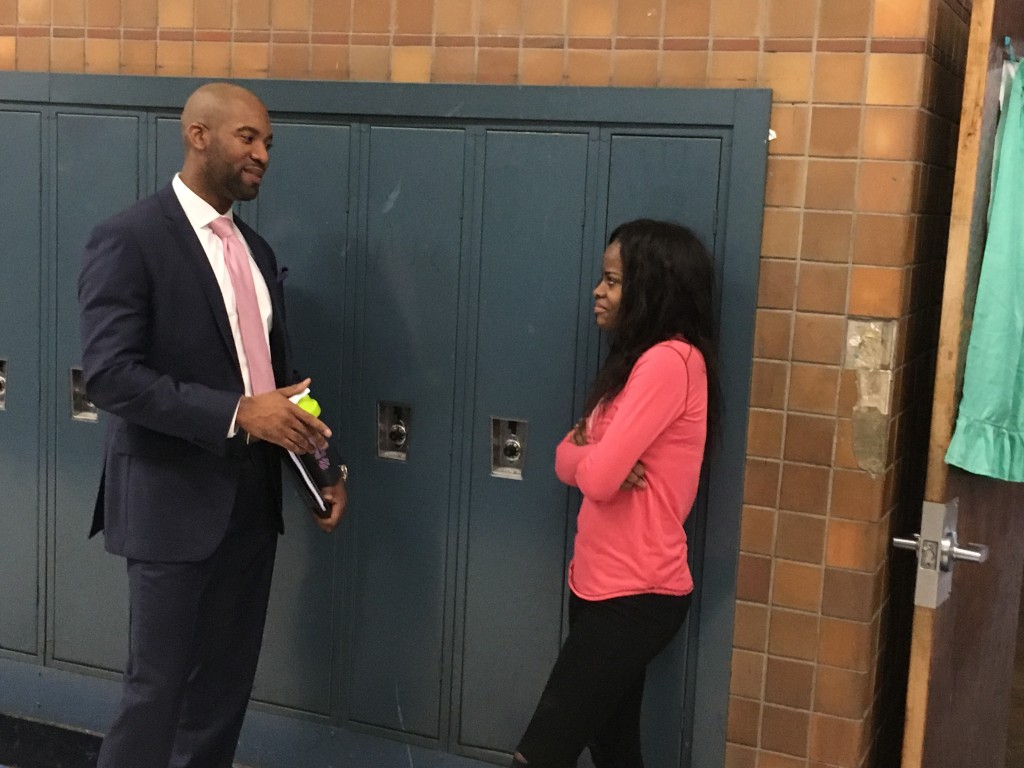 Jonasia Brown welcomes Edwin to Hope High School and listens how he would prefer to be introduced at the start of the class. 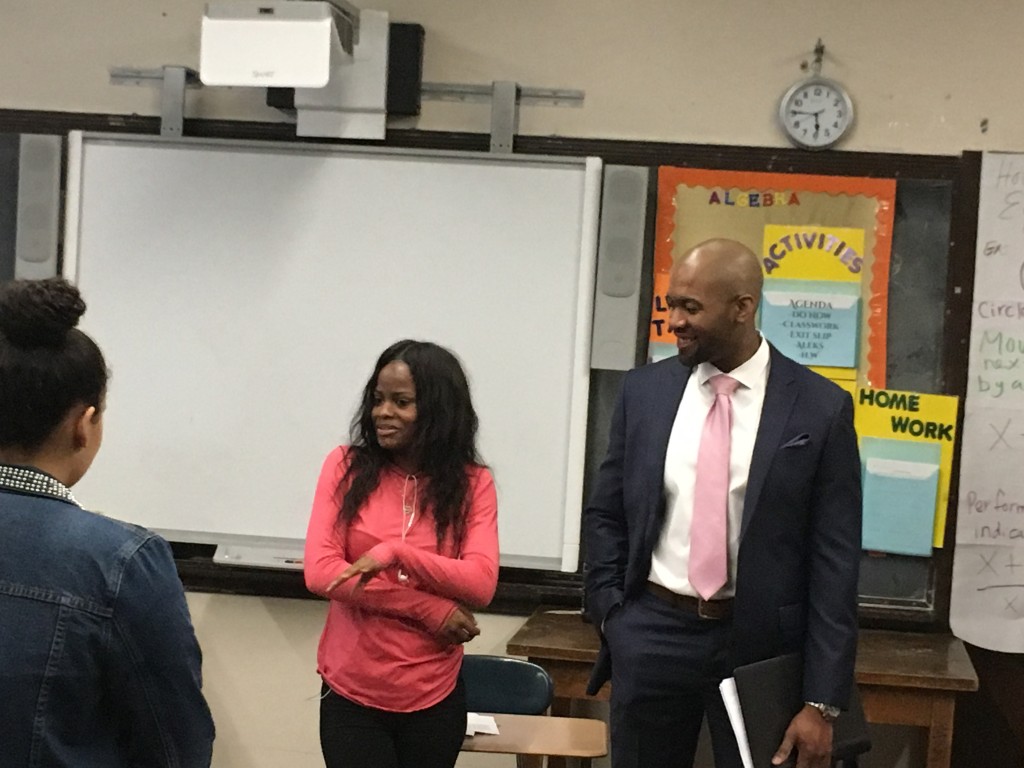 Jonasia introduces Edwin to her classmates at the beginning of today’s class. 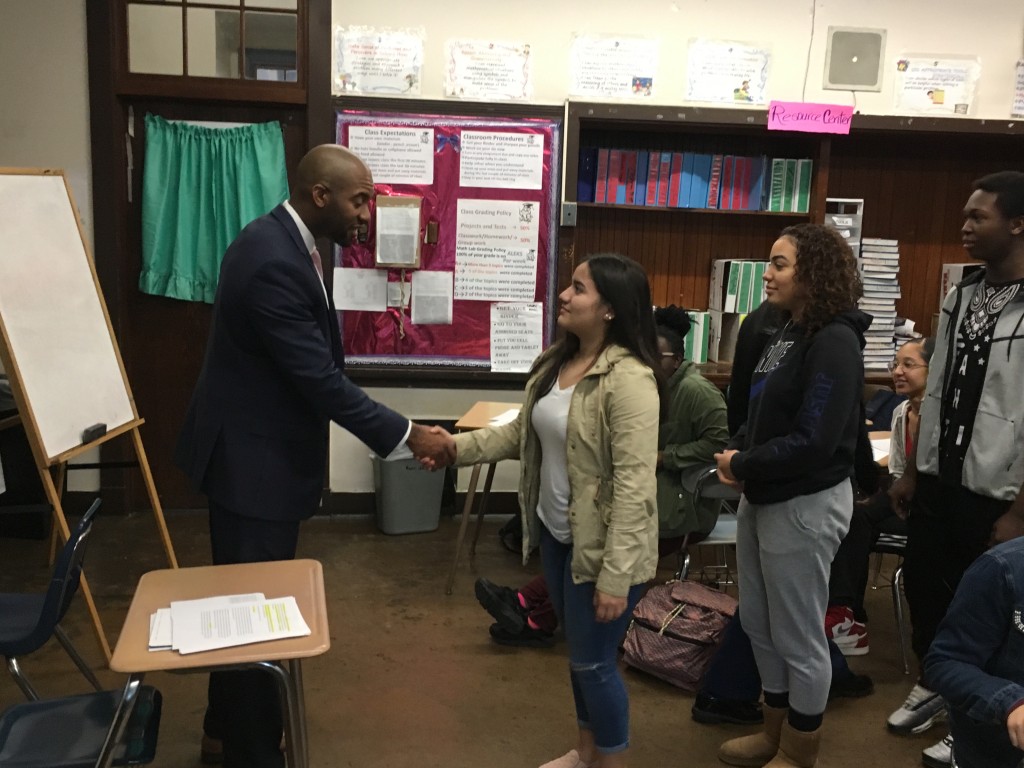 Following Jonasia’s introduction, Laisha Mendez introduces herself to Edwin and welcomes him to Hope Life Skills as Catherine Visono and Oladidupo Ojekunle prepare to do the same. 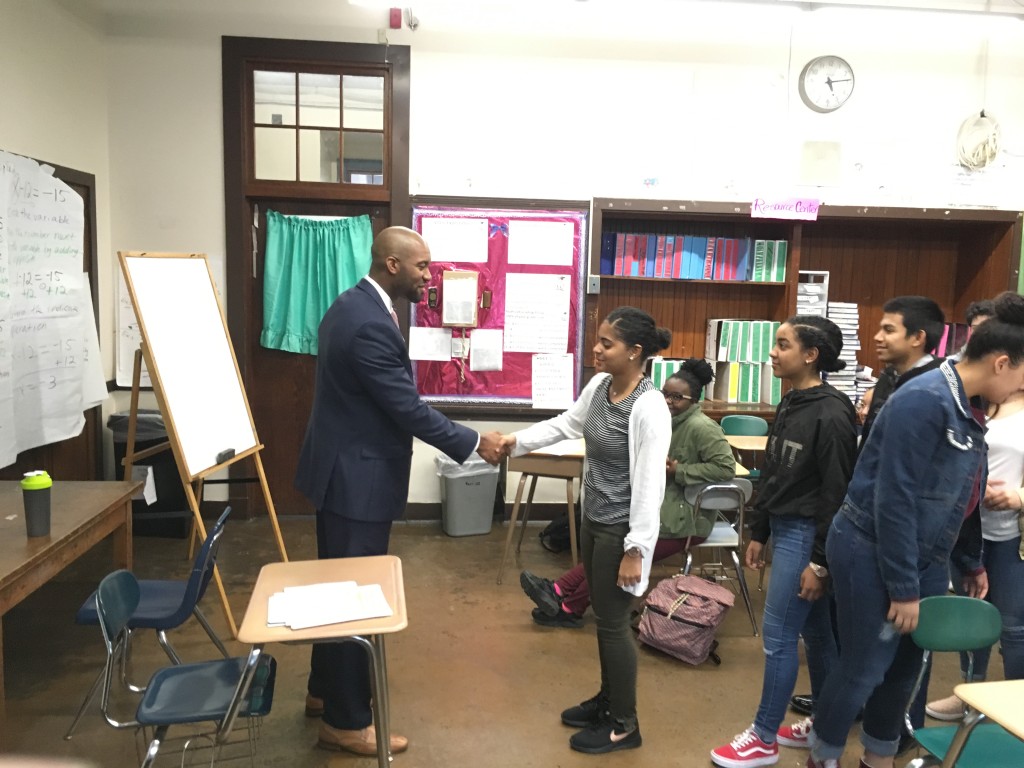 Mariana Guerrero Pimental welcomes Edwin to Hope as Lisanyis and Walter wait to do the same. 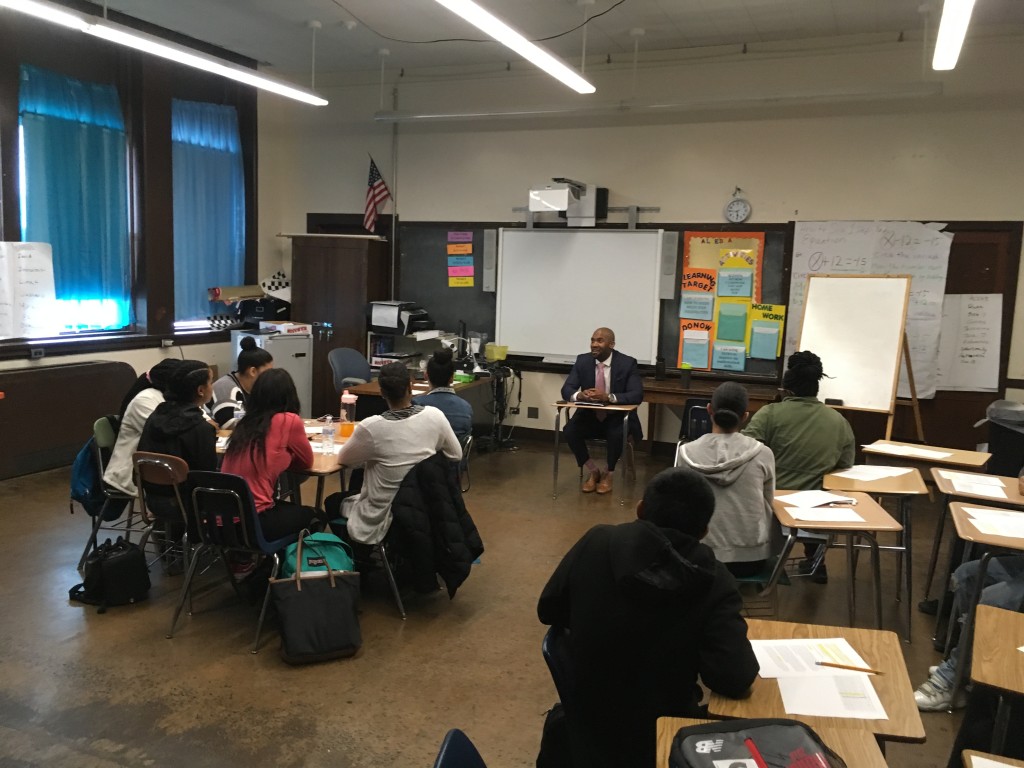 Edwin starts the class describing the size ($260 million dollars in revenue) and products Pet Food Experts sells to pet stores throughout the country. 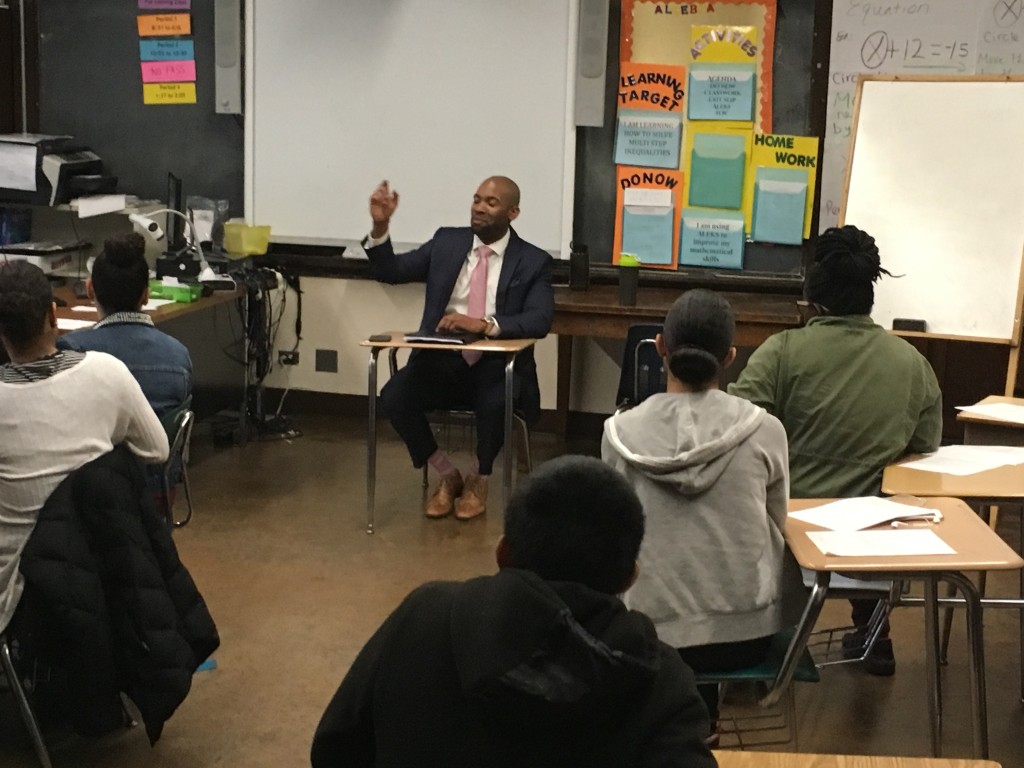 Edwin begins to share his first impressions with students after students greeted him.

“I was impressed with everyone’s greeting.   Confident handshakes, eye contact, welcoming smiles and greetings.  Thank you!”  Edwin said.  He then explained his role at his company. “I’ve been trained to quickly identify a person’s strengths.

I can tell a lot about a person during my initial encounter with them.  First impressions are important!

There are certain positions in our company which require certain skills and attitudes.   I try to identify good people for these jobs quickly and then, if some one is interested, I set up interviews with other managers in our company.“

for a customer service position in his company with a starting pay of $35,000 a year.  “If I was looking for someone to fill this position, there are a few people in this class I would ask based on my first impressions with them at the beginning of this class.“

Edwin then identified a few students who impressed him with their greetings and asked if they would like to role play a phone interview for the customer service position he previously described.

After being complimented by Edwin, Rosa Rodriguez and Ianique Imboque volunteered to role play the phone interview. 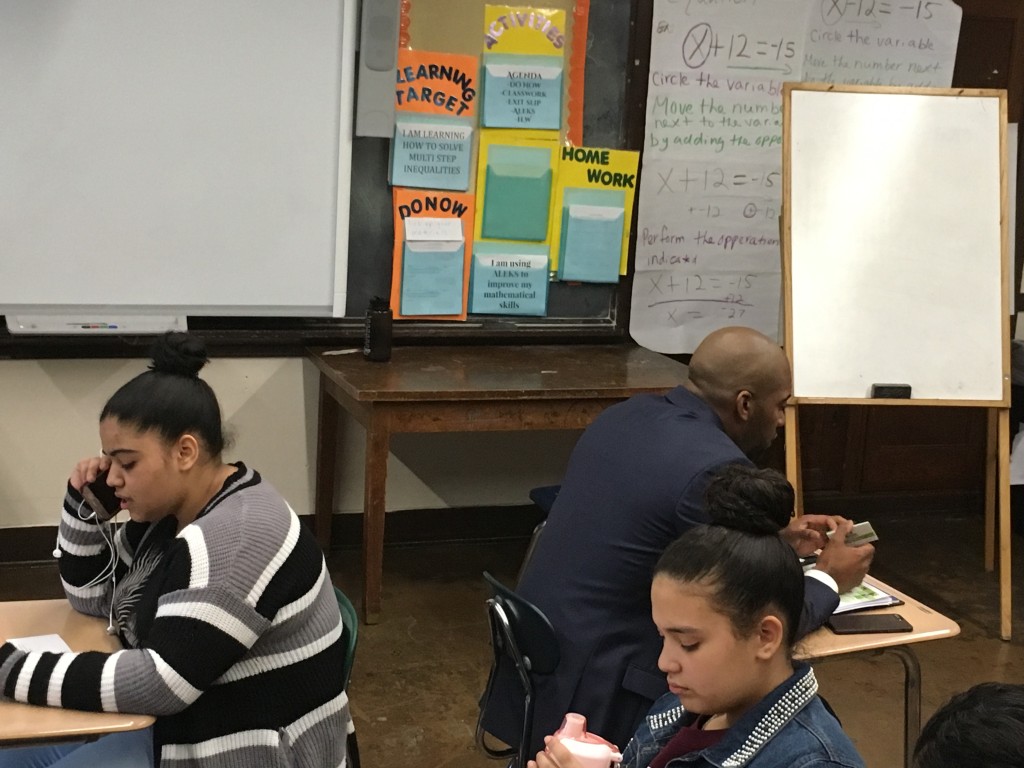 Rosa responds to Edwin’s questions during her phone interview for the Pet Food Experts customer service position. Edwin explained “I was impressed with Rosa’s apparent confidence when she introduced herself to me.  She made me believe she would be someone who would speak up with ideas and ways to improve our company as well as speaking confidently with customers who called our office with their questions. After interviewing her, I was more impressed!  Rosa’s very talented.“ 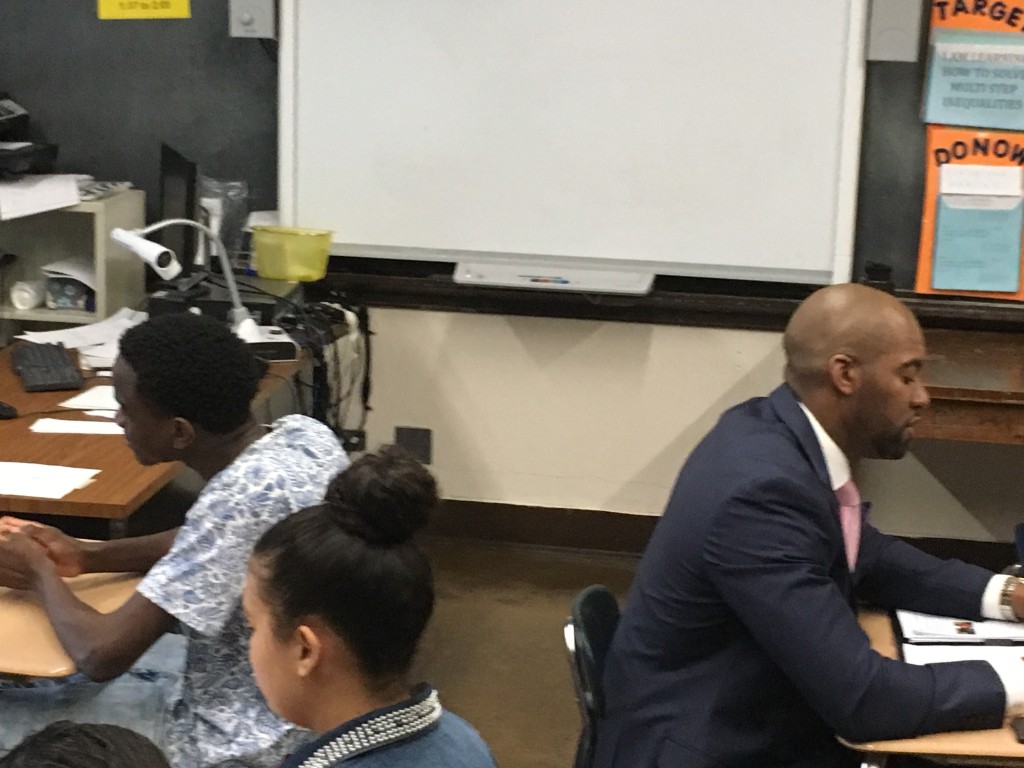 “The fact Ianique is an athlete leads me to believe he could help our company.  Team athletes must work together with their teammates for team success. Athletes are learners too. They listen to their coaches to improve their techniques and skills. This leads me to believe Ianique would take instructions well from his managers at our company.  This is a reason why many companies place a premium on candidates who were or are athletes.”   David Williams, writing for Forbes Magazine, states   “At my company, we work to fill our company with ‘athletes’.   When I advise other companies, what I really tell them is to look for athlete traits, like leadership and collaboration skills, that usually make them exceptional hires.” 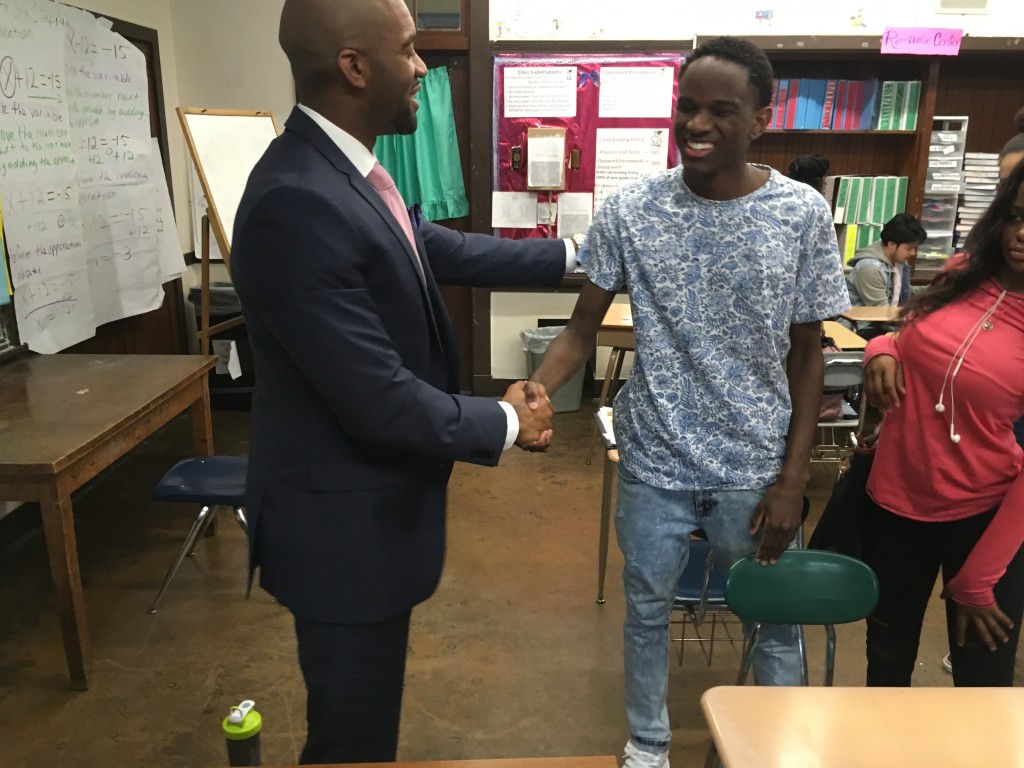 Ianique and Jonasia network with Edwin at the end of today’s class thanking him for coming to our class and asking for his business card.