We had two guests today.   First, 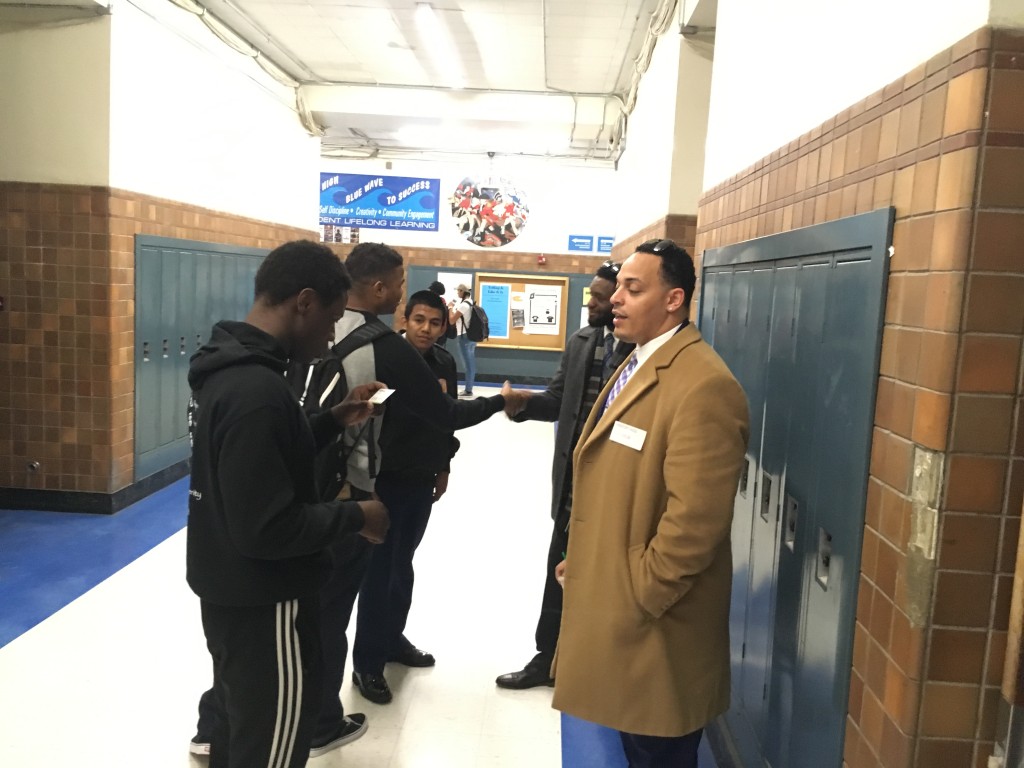 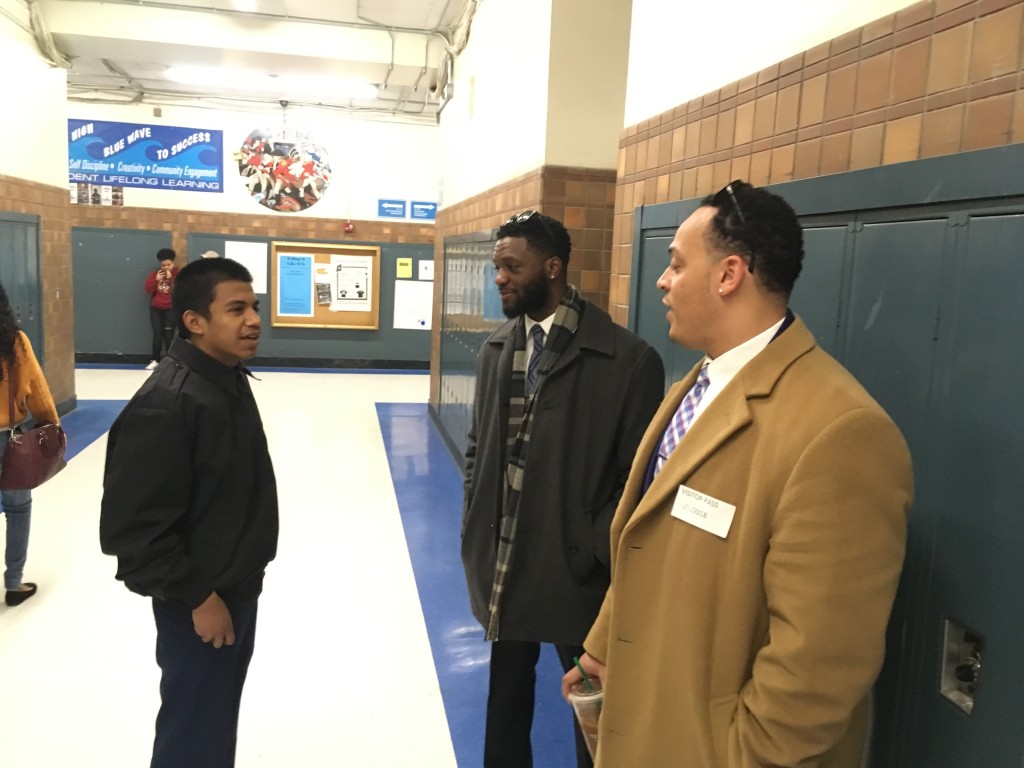 Walter Jimenez welcomes David Grant and Junior Jabbe to Hope High School. Walter asks David Grant how he would like to be introduced, by Walter, to his classmates for the introduction portion of today’s class. 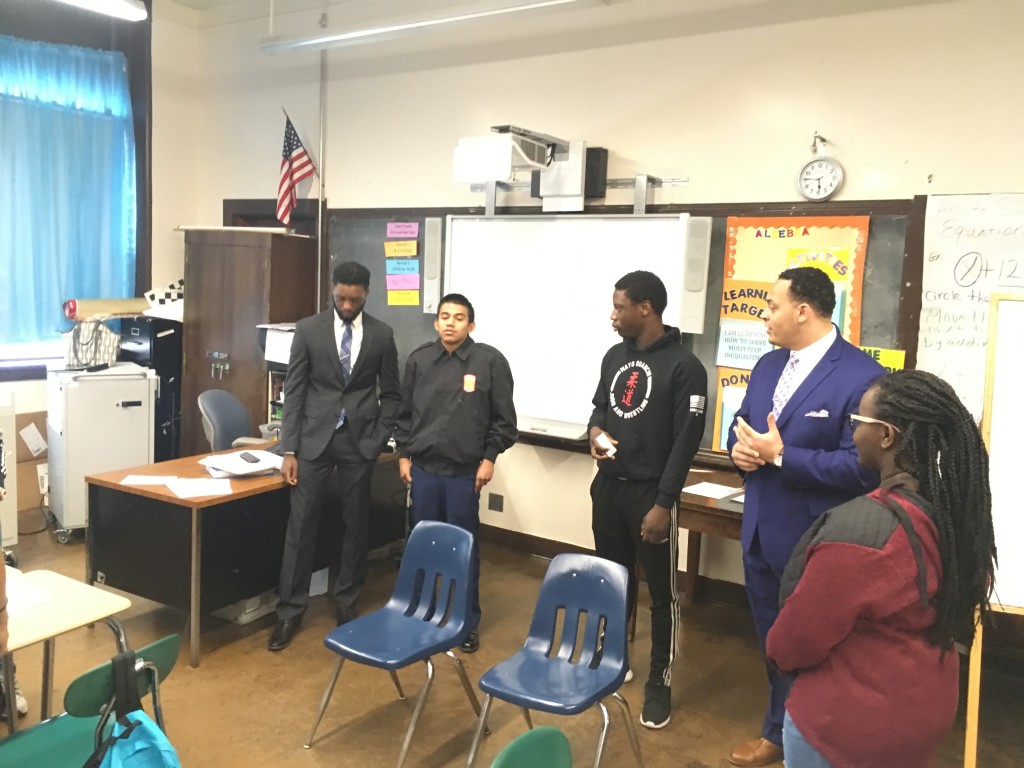 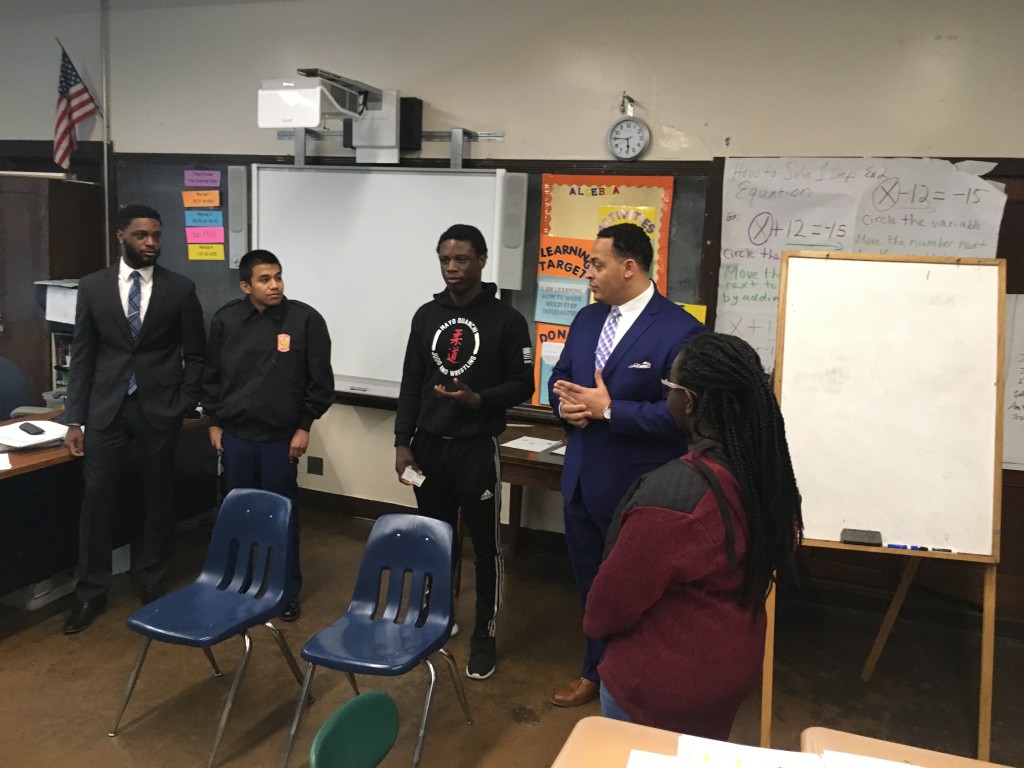 Ayo introduces the President and CEO, Junior Jabbe, to his classmates to start today’s class. 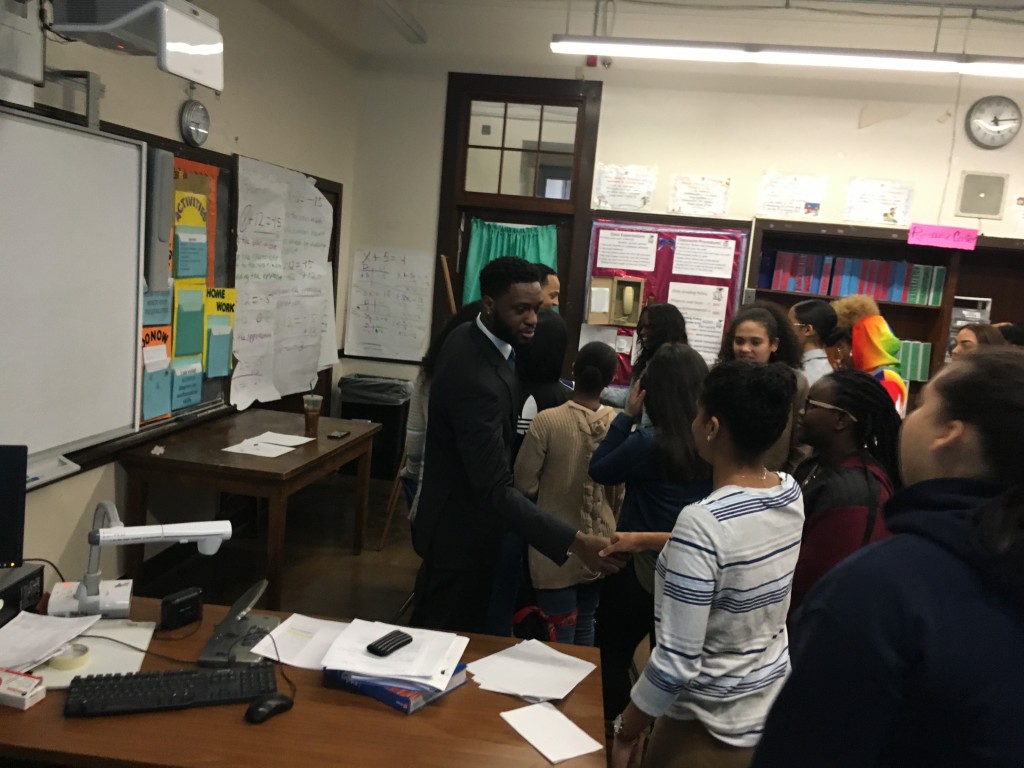 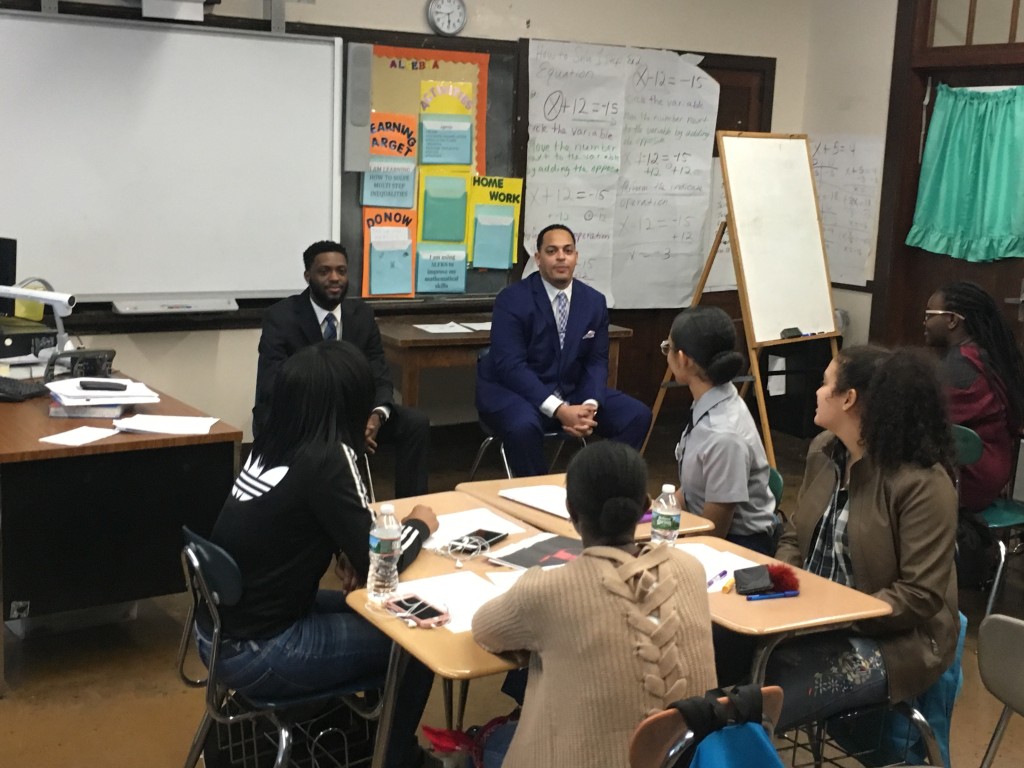 David and Junior begin to share their personal stories. 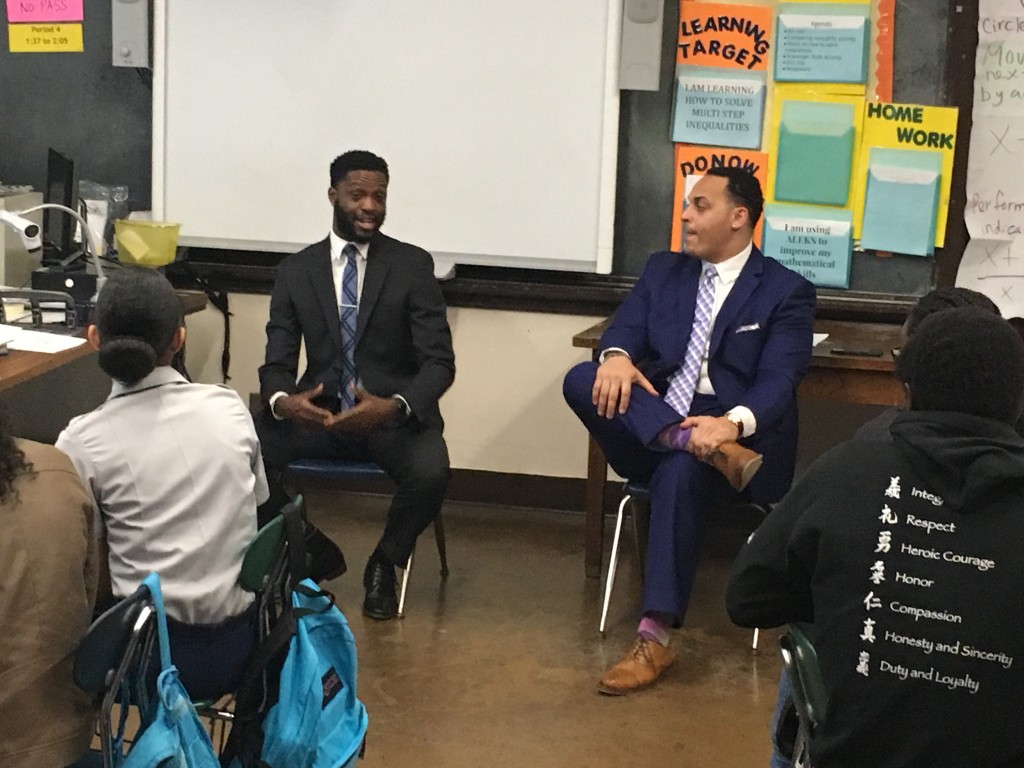 David tells the story of how his network introduced him to Junior which led to a Banneker internship and eventually his present job at the company.

“Networking. Having a good brand.  Pushing out of your comfort zone.

Putting yourself in situations that make you nervous  get you closer to being the successful person you dream about.

And, working harder than you thought possible.   This has been my mindset” Junior Jabbe shared with the class.

There has been a constant in David Grant’s journeys to success.

he said.  “When I was fooling around too much in my neighborhood middle school, they sent me to an all boys, private school in Boston.   When they didn’t think I was working hard enough in college, they told me they would no longer pay for my room and board and I had to get a job to support myself while going to Bryant University.  Their actions forced me to focus.

I worked harder than I thought possible.

You’ll be surprised how much better you can be, how much more you can achieve,

by working harder, focusing more on being organized and prioritizing your time.

Both men spoke about the value of internships and meeting new people.

“I came to my present company through an internship”  Junior said. “Today, I’m the President and CEO of this same company.“

David Grant likewise spoke about how his internship led to a job right out of college.

“If you have an opportunity for an internship with a good company, take it!”

Finally, Junior challenged the class to think about their present network and what it needs to look like if they want to maximize their talents to become successful.   “Your network needs to change over time.

If your network, your circle of friends and associates, looks the same tomorrow as it did when you were in high school, you’re missing opportunities.

New people, many of them much different than you, will open your eyes to things you never appreciated before and, in the process, expand your horizons of what’s possible in your life.  Network all the time.  Go up and introduce yourself to people you admire or find interesting.  Ask questions!  As long as they have good values, you will be a better person for it!“

Today’s class concluded with a networking opportunity to connect with David and Junior. 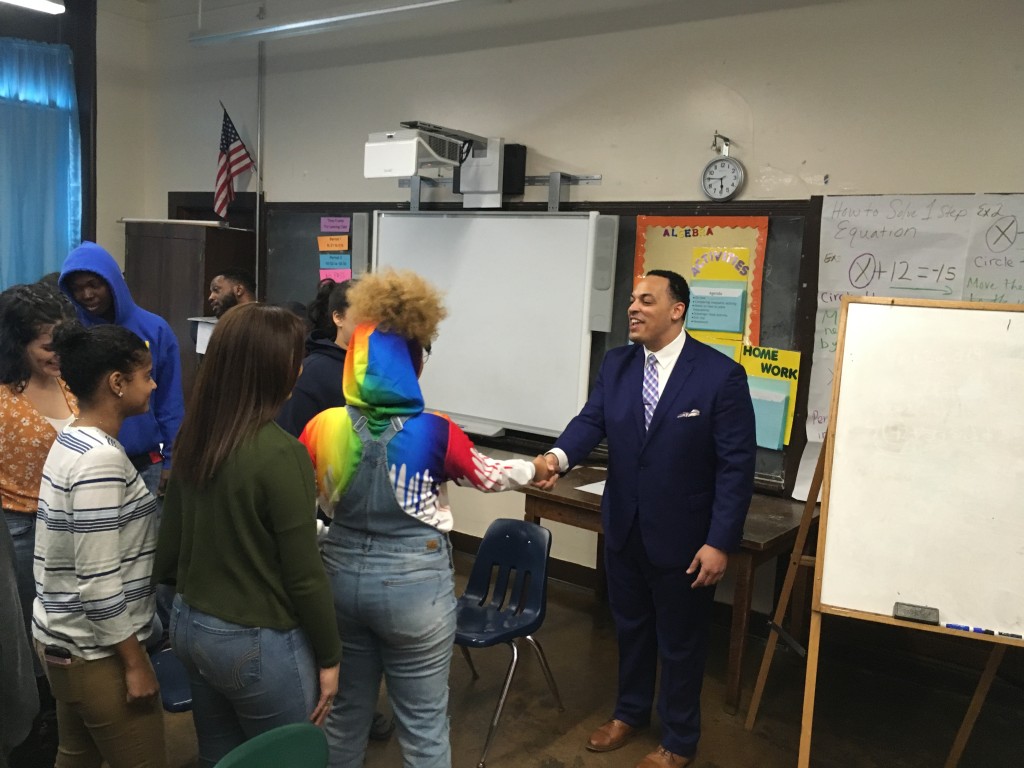