No formal greeting with the standard Hope Life Skills extended handshake, confident eye contact, and disarming smile followed by  ‘welcome to Hope High School‘ by the day’s Life Skills student host outside the classroom in the school corridor for this day’s guest.  No escort into the classroom.

No formal introduction by the day’s Hope Life Skills student host to the class.

A few students entering the classroom who saw the stranger sitting in the shadows of a corner of the classroom went up to extend a handshake and say ‘hello’.   The

to underscore one of Hope Life Skills primary lessons that questions are always more important than answers. 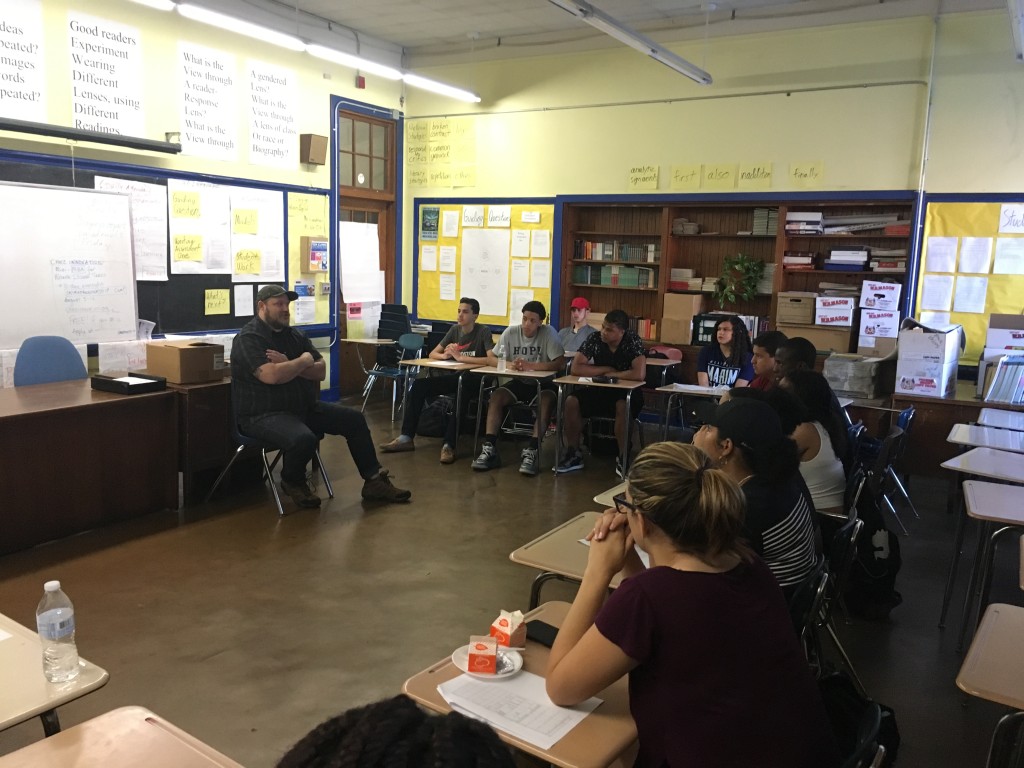 The mission of the day’s class was to find out what today’s guest, Sean Larkin, did for his career by asking questions which Sean could only answer with a “yes” or “no” or  something succinctly in between. 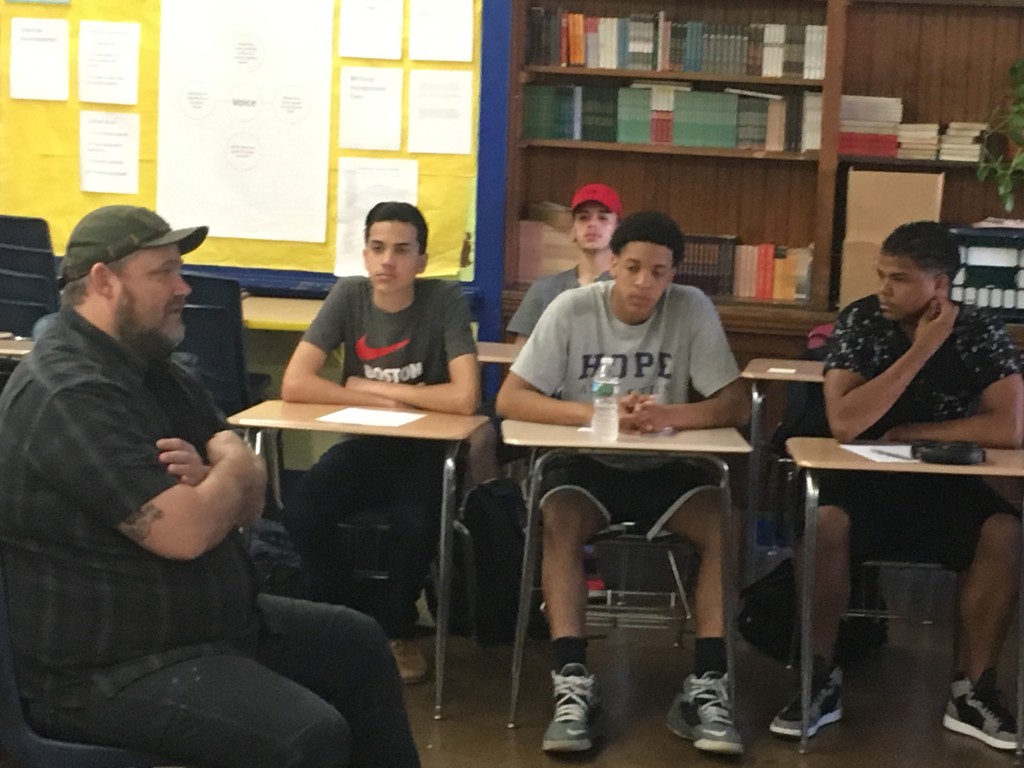 After a few opening misguided questions which demanded more than our “yes” or “no” response, the ever alert Life Skills teacher, Stephen Cronin, clarified the day’s questioning protocol and the class quickly began a series of rapid fire questions followed by Sean’s succinct “yes“, “no” response.   A sudden breakthrough came when Deyreni Ferreras asked Sean if he had customers to which he replied “yes“.   Zidany Fatuda followed by asking if Sean provided a customer product that was consumable to which he replied “yes“.   After a series of questions about the ingredients of his consumable product and yeast was identified as a key ingredient, 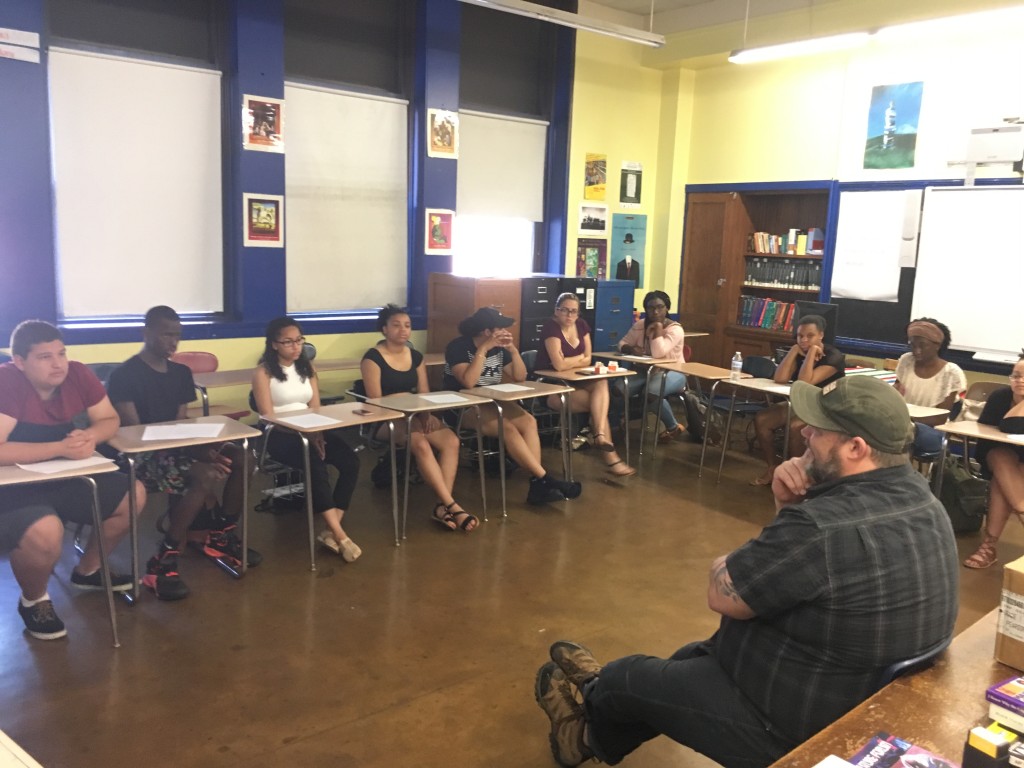 BrewMaster and co-owner of the Revival Brewing Company.

Located in Cranston, Rhode Island with distributors and satisfied customers in Rhode Island, Massachusetts, Connecticut, New York, New Jersey and, of all places, Japan!!!  Sean explained his career path from culinary student at Johnson & Wales University to the master beer maker of more than 20 unique recipes of beer.  “You know, I did not like math and science as a high school student.  But, today, math and science are critically important to each beer that I brew at Revival.  Brewing beer is a very scientific and measured process” Sean explained.   He then spoke about the importance of his personal brand and network.   “The

reason we are selling Revival beer in Japan came from the network of my co-owner,

Owen Johnson,” Sean said “who had a college classmate from Japan who happened to know someone else in Japan who was interested in selling and distributing an American beer in their home country of Japan.

Networking is so important“. 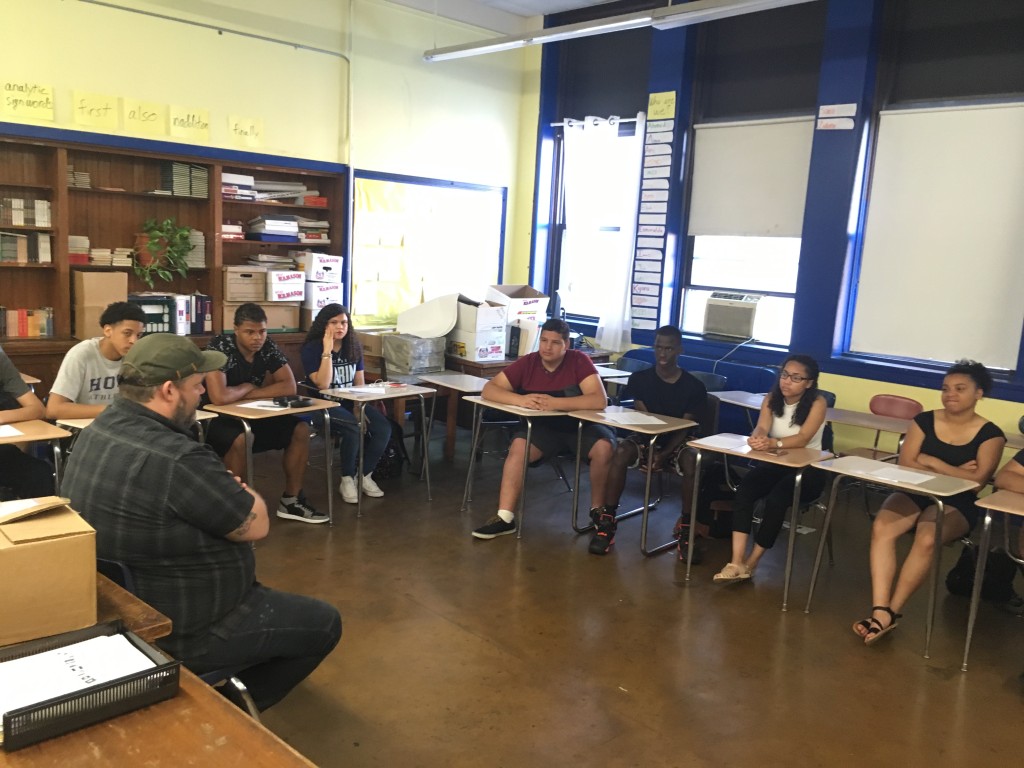 The day finished with a return to the Hope Life Skills protocol as students exchanged handshakes, business cards,  a ‘thank you’ and a few questions with Sean at the end of the class.