Today’s guest was Yasah Vezele, a Senior Engineering Test Technician at the Waters Corporation in Milford, MA.  The Life Skills class host welcoming Yasah to Hope High today and introducing her to the classmates was Chanda Nuth. 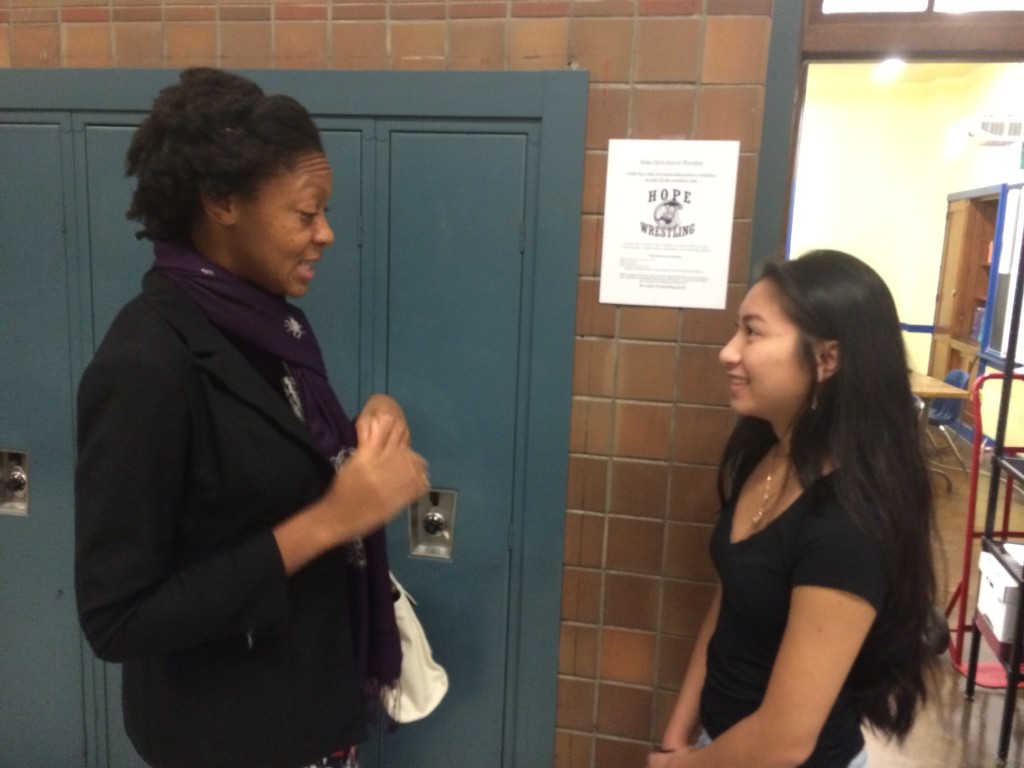 Yasah Vezele (left) and Chanda Nuth introduce each other outside the classroom prior to the start of the Life Skills. 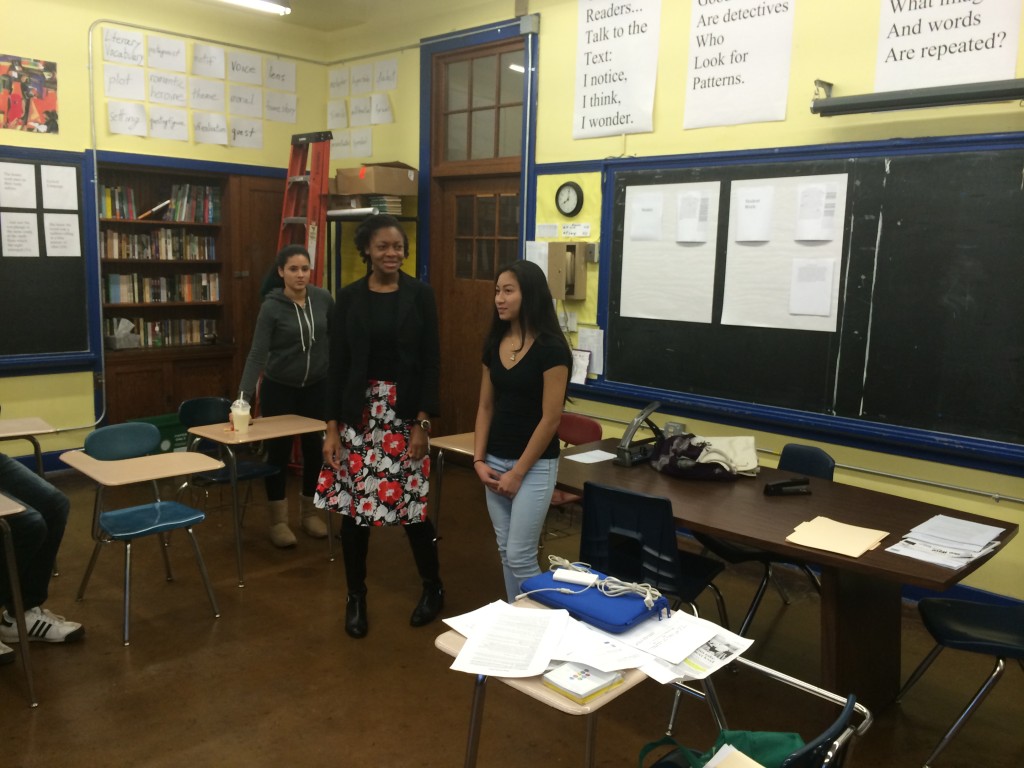 Chanda introduces Yasah to her Life Skills classmates at the beginning of today’s class. 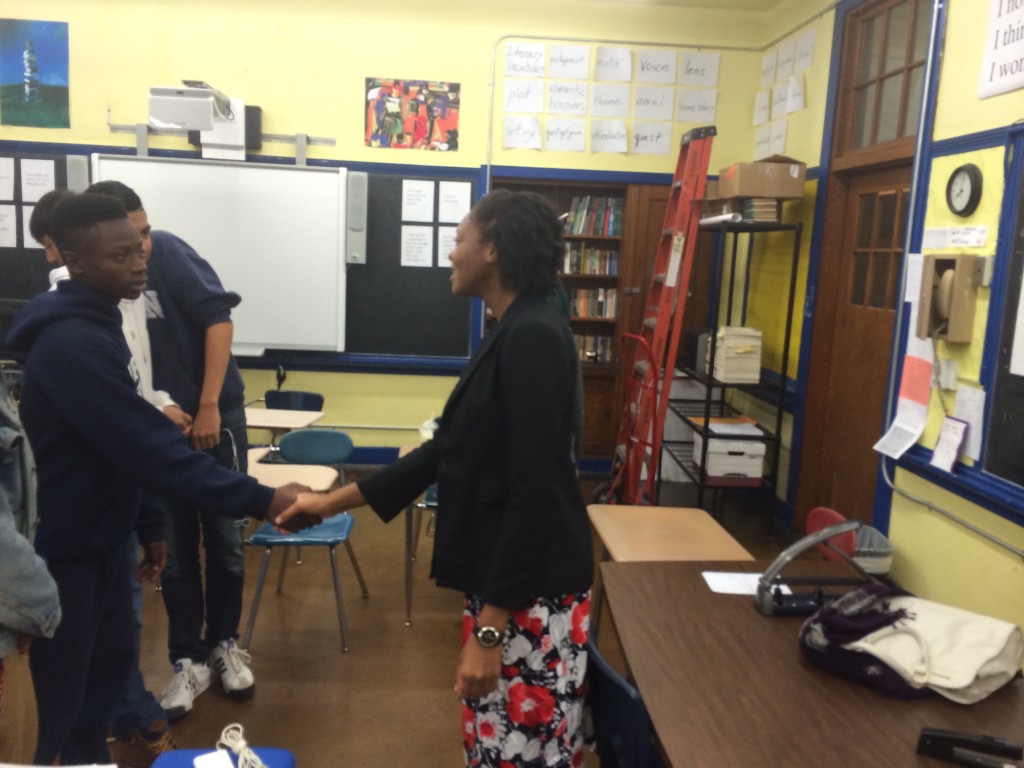 Elijah Akindolie welcomes Yasah to Hope High after Chanda’s class introduction at the beginning of class.

“Don’t ever give up!…Always persevere to try again.  Regardless of the misfortune or challenges you face, don’t give up!”

Yasah shared her story of growing up very comfortably in the country of Liberia as a young girl.  When she was 5, a civil war 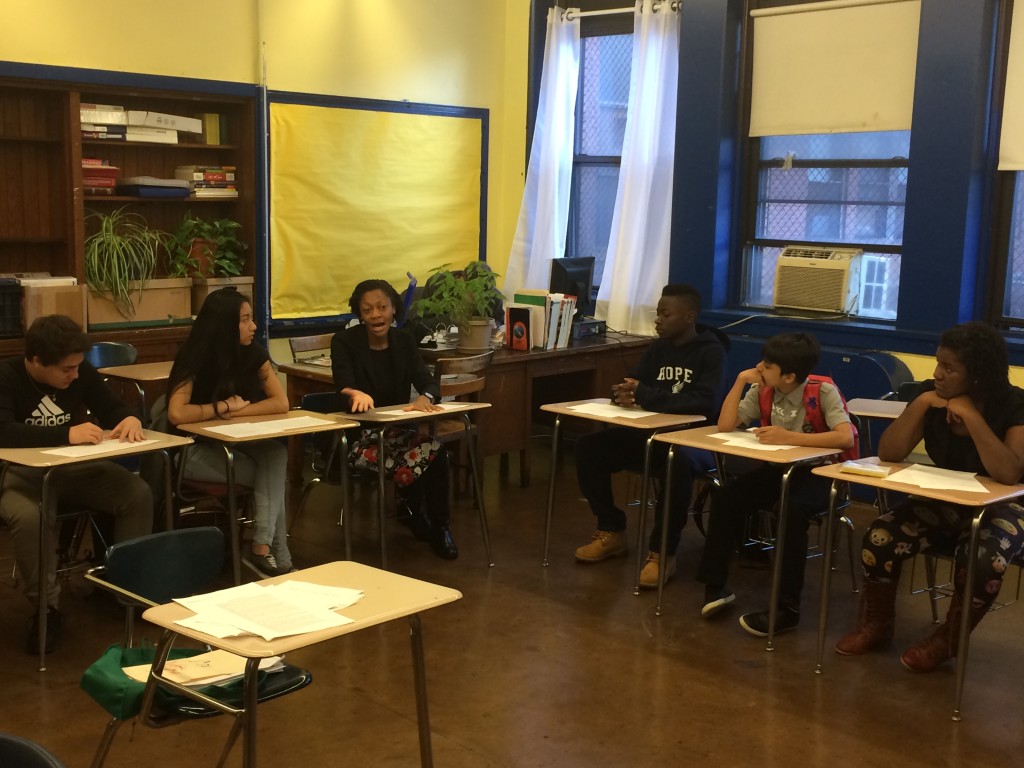 Yasah shares her story of perseverance, from the war torn country of Liberia to the streets of Providence, Rhode Island

erupted causing her to flee Liberia.  Her father actually hired a man to carry the young Yasah as her parents and siblings fled the violence to the bordering country of Ghana leaving behind their wonderful home, all their belongings and her once comfortable lifestyle behind.

“I realized very quickly that education would be a path to a successful life.“

After graduating from Hope High School in 2005, Yasah went to the University of Rhode Island for the first of her many degrees.  Yasah’s undergraduate degree is in Chemical Engineering followed by a Masters Degree in Pharmaceutical Sciences.   Yasah was also very involved in campus activities as a member of the National Society of Black Engineers, National Conference for College Women Student Leaders, Louis Stokes Alliances for Minority Participation, and the American Institute of Chemical Engineers.

“I discovered the importance of networking

which is one of the reasons I joined so many organizations.  In fact, one person in my network whom I met at a conference was instrumental in one of my first jobs by advising me to re-organize my resume.  I took the advice and not only got the job but the company suggested a more advanced position than the one I was applying for.“

Yasah finished her remarks with the following statement:

“You are all special with gifts and talents

waiting to be discovered and developed.

Get out of your comfort zone,

try new things, meet new people, create a truly diverse network of smart people with different interests from yours, join activities and visit new places.  Be curious.   These new experiences will help you discover what you’re truly interested in and give you the passion for excelling in them.“

The class concluded with our Life Skills networking session. 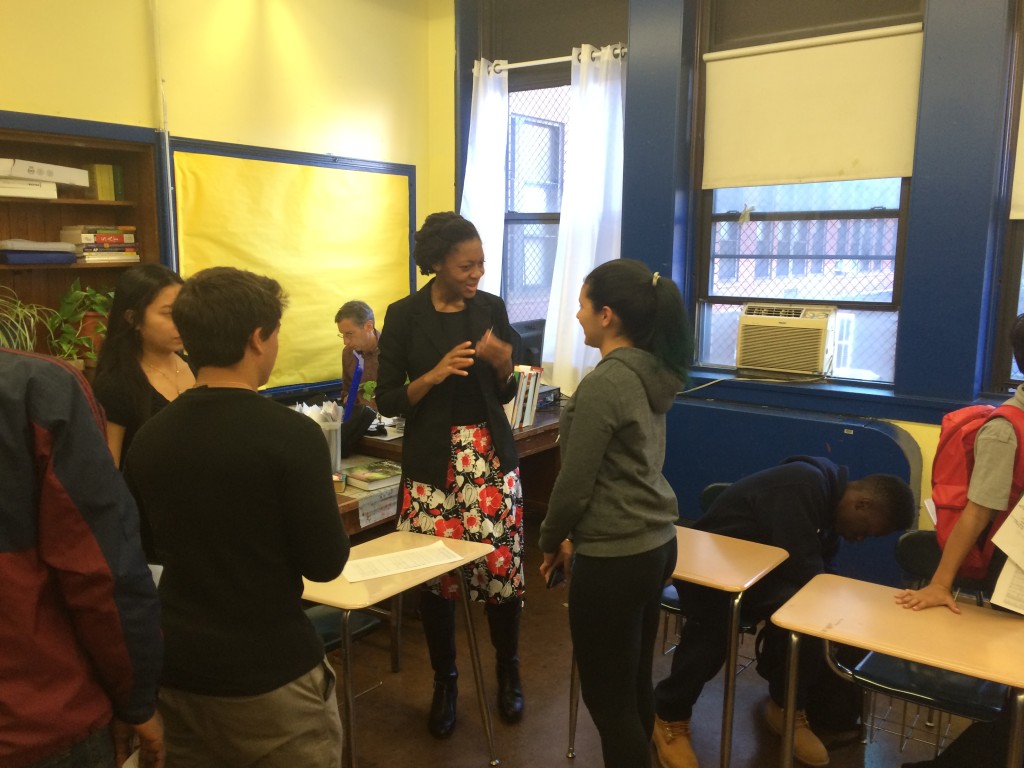 Valentina Gomez-Rincon exchanges pleasantries and gives Yasah her business card at the end of class. 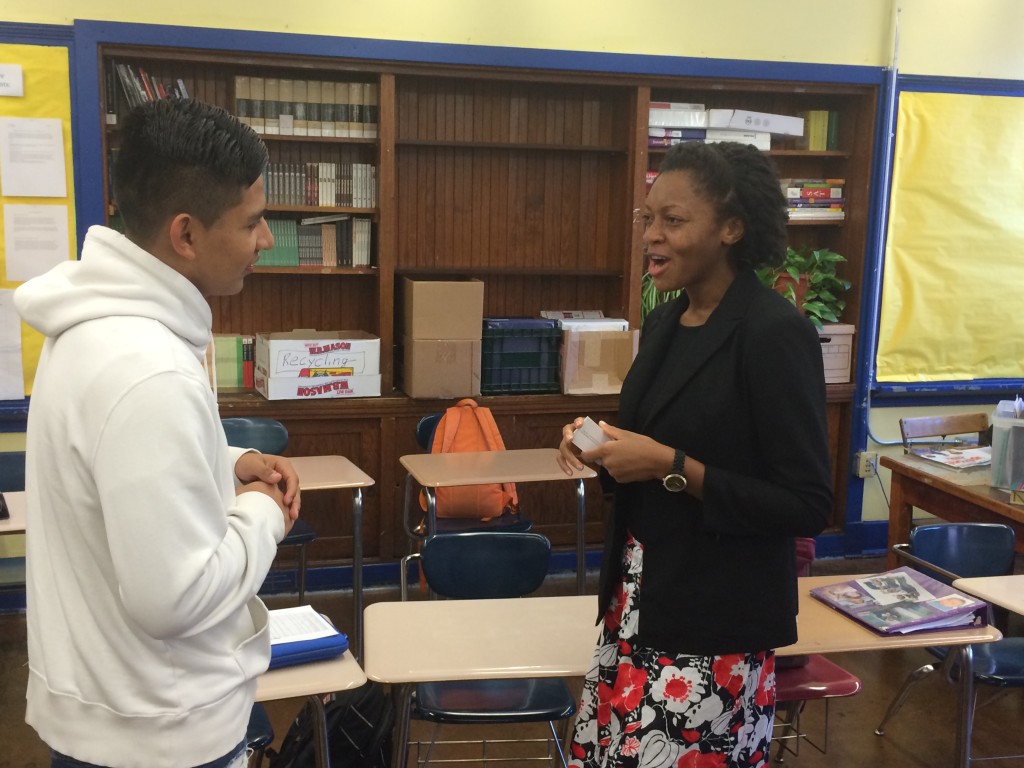 Jose Orellana give Yasah his business card adding her to his growing network of successful people.