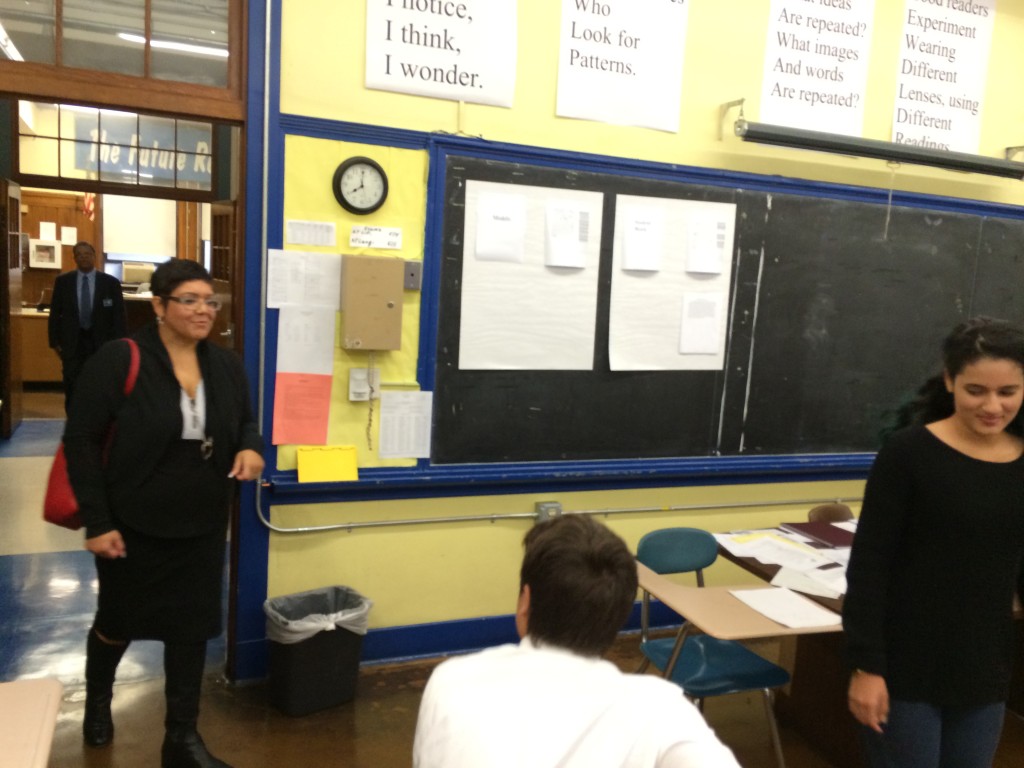 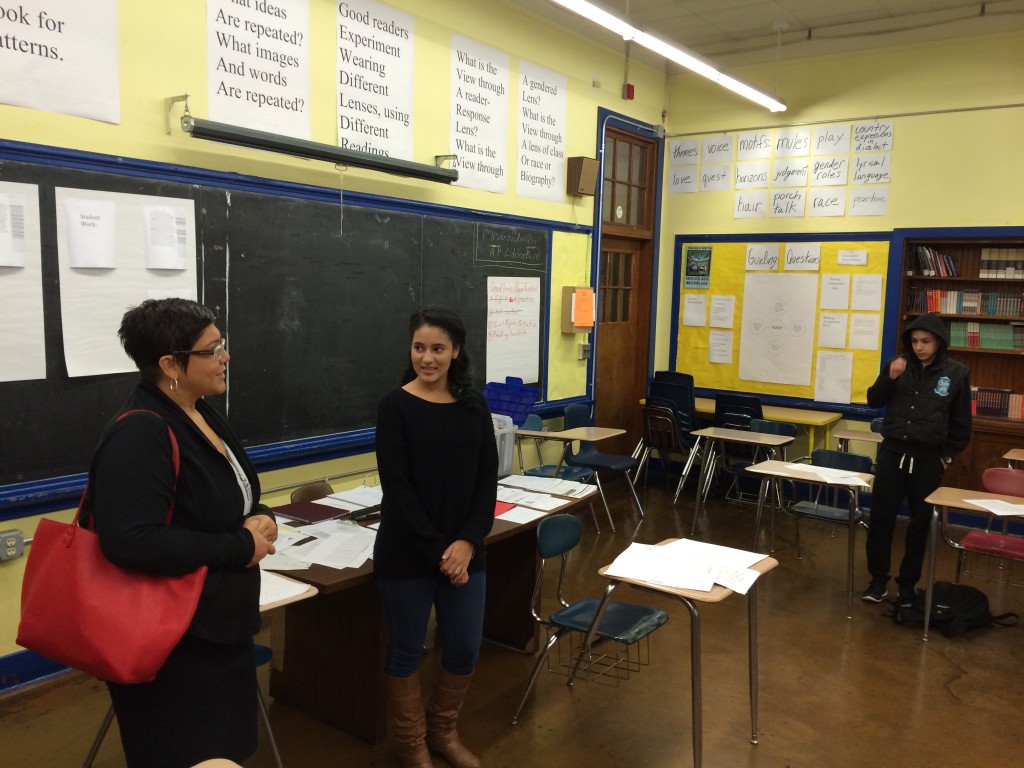 Valentina introduces Adriana to her classmates

Adriana’s story was about ‘tough choices’ and finding ‘courage’ to make them.

“My parents were Colombian immigrants.  Spanish was my first language;  in fact, when I started school in America, I didn’t speak English.  It was a challenging transition trying to  fit in with my classmates my first school year”  Adriana explained.  But Adriana did fit in and became a successful student through high school.  “My parents made it clear education was important” she said.  “They understood education changes lives by creating opportunities for lifetime success“. 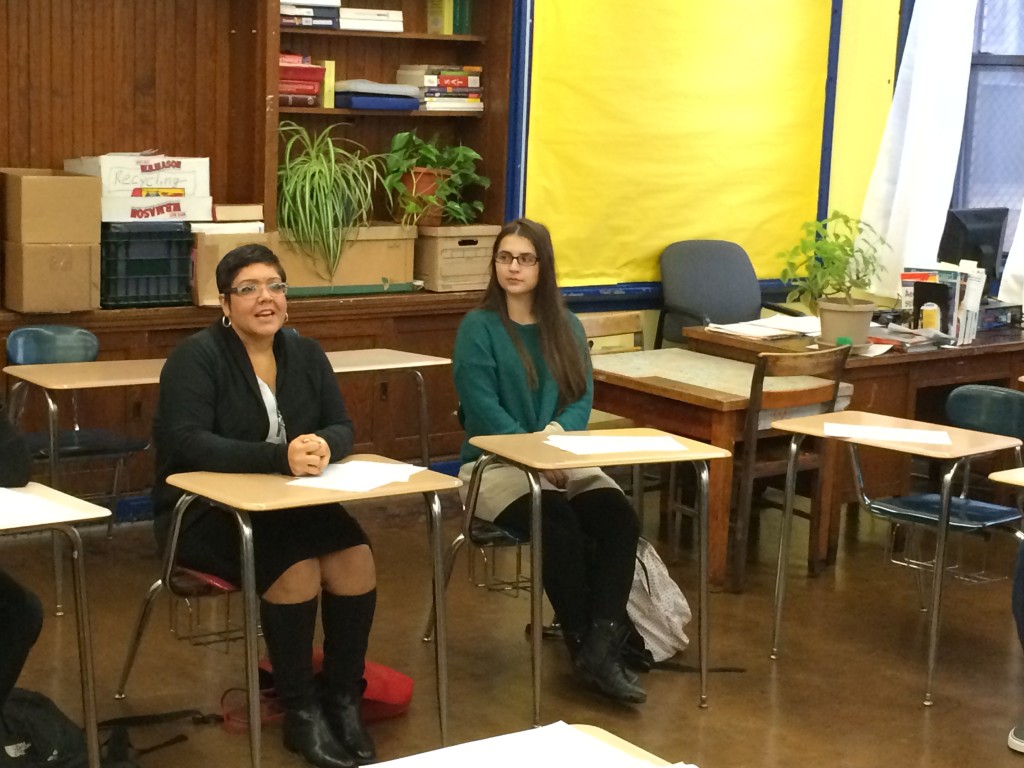 Adriana shares her story with the class with Maria Dasilva sitting next to her.

Adriana went to college after her successful high school experience.  This is when Adriana began speaking about her ‘choices’.  “I made bad choices my first semester.

As a result, I failed.”  And, then, Adriana’s story changed;  driven by new choices, tough ones, Adriana made serious lifestyle changes.   “I knew I had to make some tough decisions and change things in my life.  I immediately changed the people I was hanging around with.

Mr Cronin talks about ‘networks’;   well, my ‘network’ went from people who rarely went to class and partied too much to serious students who wanted to be successful and give back to their school and community“.

Adriana transferred to a different college, Northeastern University in Boston.  She became an honors students and, as a result, the school gave her a significant scholarship.  She also became active in campus clubs and a leader in a Latino student organization at the University.

“These were life changing moments.  It wasn’t easy.  I could have just floundered in fear and self pity or be accountable for my choices and change.  Thankfully, I changed.  I decided my poor decisions would not determine the rest of my life.

I used the lessons from my mistakes to become a wiser, stronger person.

My failures helped me become the successful person I feel I am today.”

The class concluded with our networking session giving students the opportunity to exchange business cards, add Adriana to their networks, and continue the conversation with her at a later date. 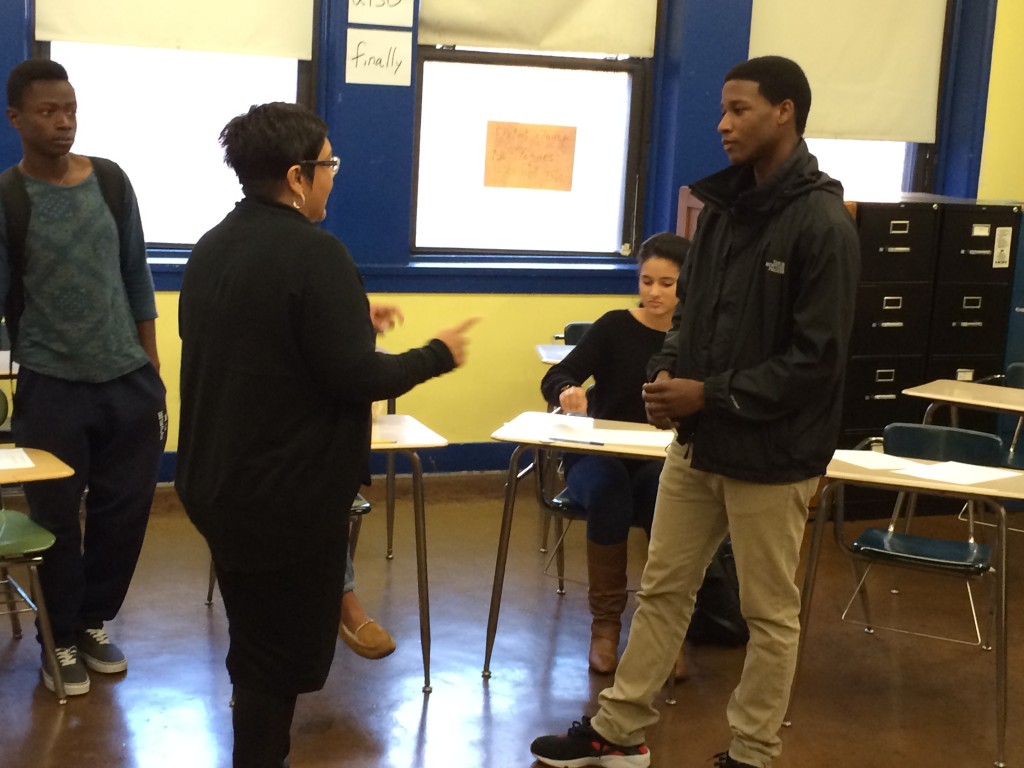 Travis Barbour networks with Adriana at the end of class while Valentina (seated) and Elijah Akindolie look on.

a ‘decision’, an impressive one, by one of our Life Skills students. Raymond Perez

and others were called on the intercom during our class with Adriana to immediately go to the auditorium for a yearbook photo.  Raymond ‘decided’ that, before leaving class, he would show Adriana respect by ‘thanking’ her for coming to our Hope Life Skills class. 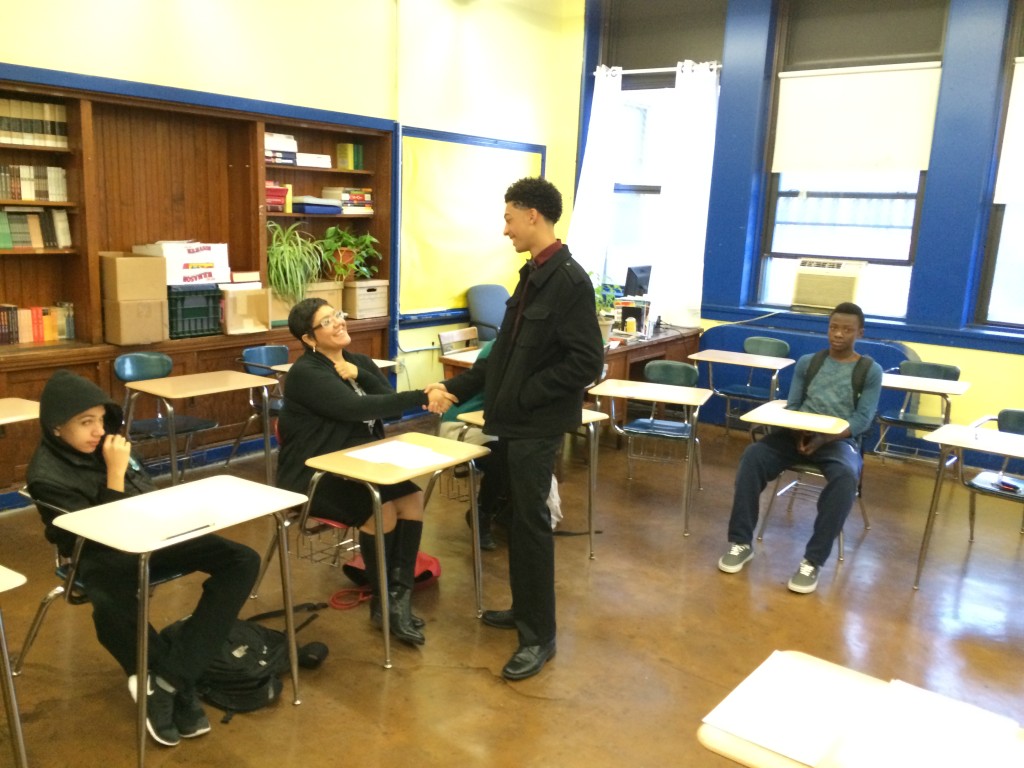 Raymond Perez, before leaving in the middle of today’s class, thanks Adriana with a firm hand skake, eye contact and a genuine smile for the time taken to visit our Life Skills class.