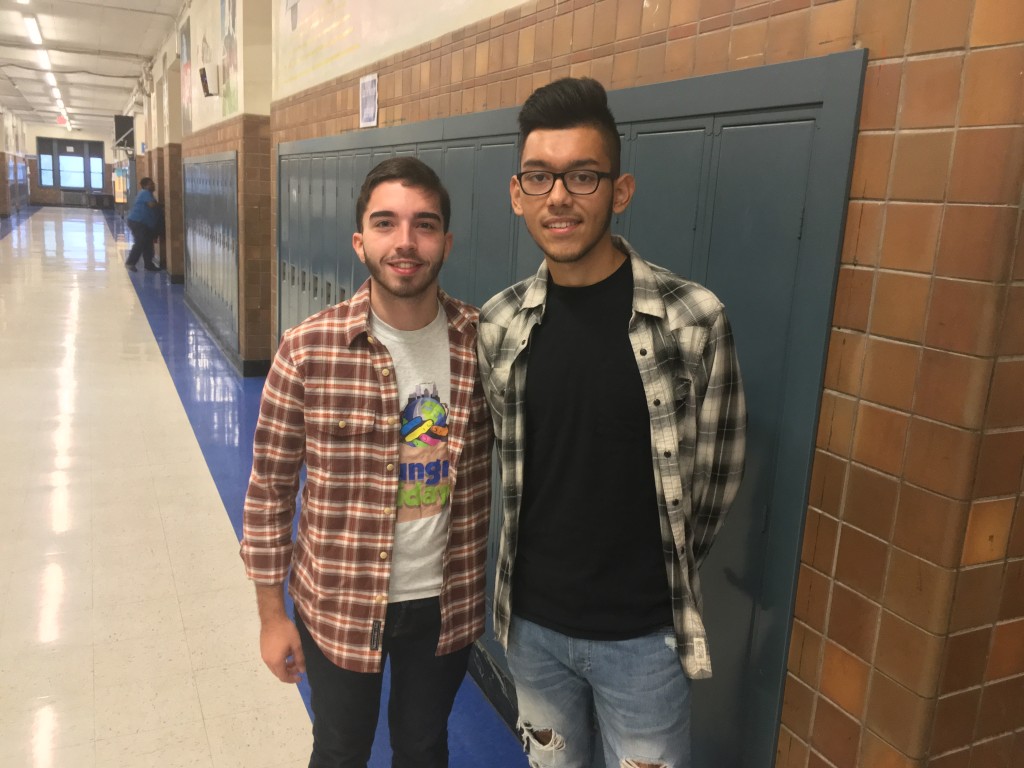 Jorge Paz (right) welcomes guest Jason Roias to the Hope Life Skills class outside room 112 prior to the beginning of class. 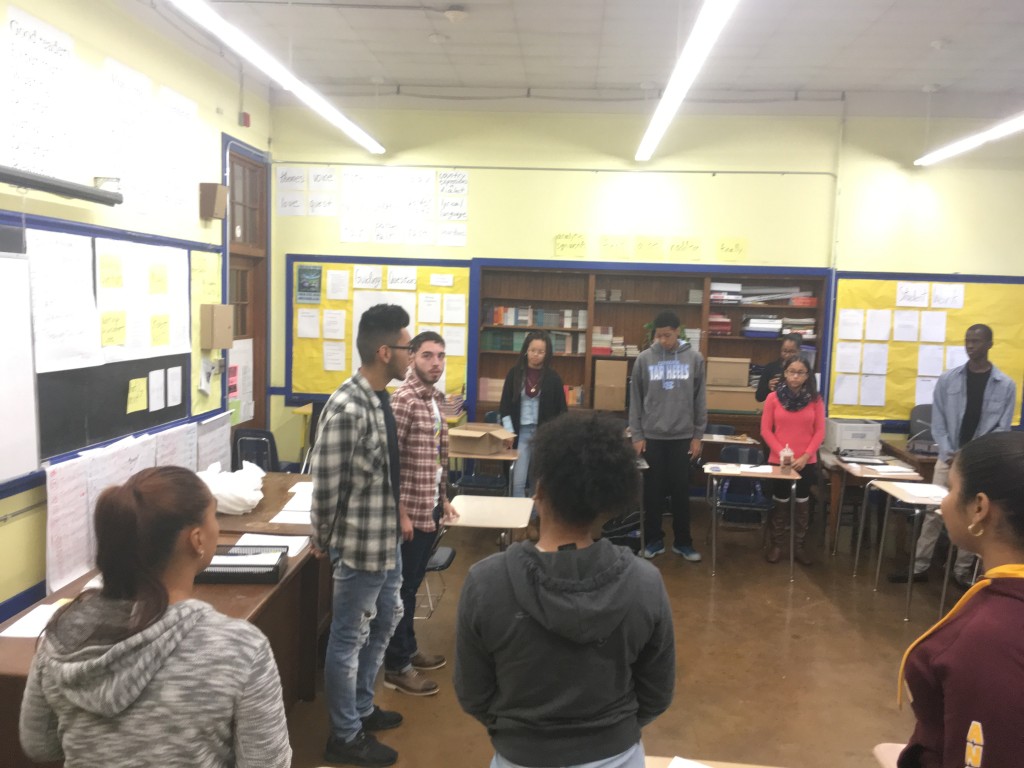 Jorge introduces Jason to his Life Skills classmates to start the class.

Jason shared several details of his remarkable personal story.   From growing up and eventually leaving his parents’ dysfunctional home during his junior year at Hope High to live with his brothers and having to get a job to contribute to the rent, utilities and food for the Brothers Roias apartment off Branch Avenue in Providence to an important personal decision after 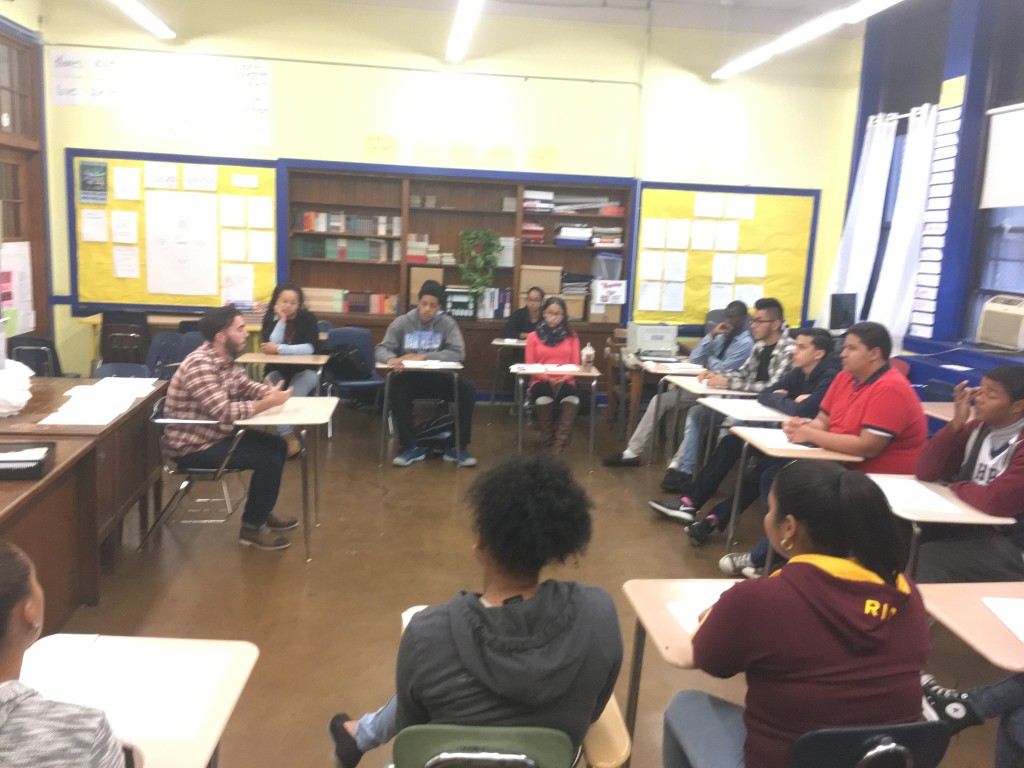 Jason shares his story of success with the Life Skills class.

and his interesting stay in the Saudi Arabian Embassy in Washington, D.C. when he represented our Hope Life Skills class at the National Youth Leadership Forum during the summer after his Junior year at Hope High,

and how he has optimized his great brand to build

a network of successful, ethical people.

“I’ve had to make some tough decisions for ‘change’ in my life.  Getting out of my comfort zone?  I’m continually pushing myself out of my comfort zone.  I’m always trying to build my network by meeting good, successful people so I can improve my own life and help others.  I’m dedicated to community service…”  Jason explained.  “I also try to think long term with my relationships and experiences rather than short term.  It’s tempting when you have a choice to do something that may bring something good for a short period.  I try to think what is best ‘long term’.  In other words, is this something that will help me achieve the long term goals I have for life?  It’s times like this that

I often reach out to the trusted mentors in my network to think through the risks and rewards of a decision.”

sending ‘thank you’ emails or even a ‘happy birthday’ note

to someone in his network.  “People in my network appreciate staying in touch.  This in one reason why I’m

never afraid to ask for help

Jason also shared some of the mistakes made and disappointment encountered along the way. “I ran for class President in college and lost.  Mistakes and failure don’t discourage me.  In fact, I’m thinking about running for a public office in Providence soon.   I’ll be reaching out to people in my network before making my decision.“

Soon after today’s class and our networking session, Jason asked “Mr Cronin, can you help me set up a meeting with the Rhode Island Director of Elections, Rob Rock?   Can you also introduce me to the former Attorney General of Rhode Island, Patrick Lynch?  I think he has a law firm in Providence“.   My response to Jason “of course!“ 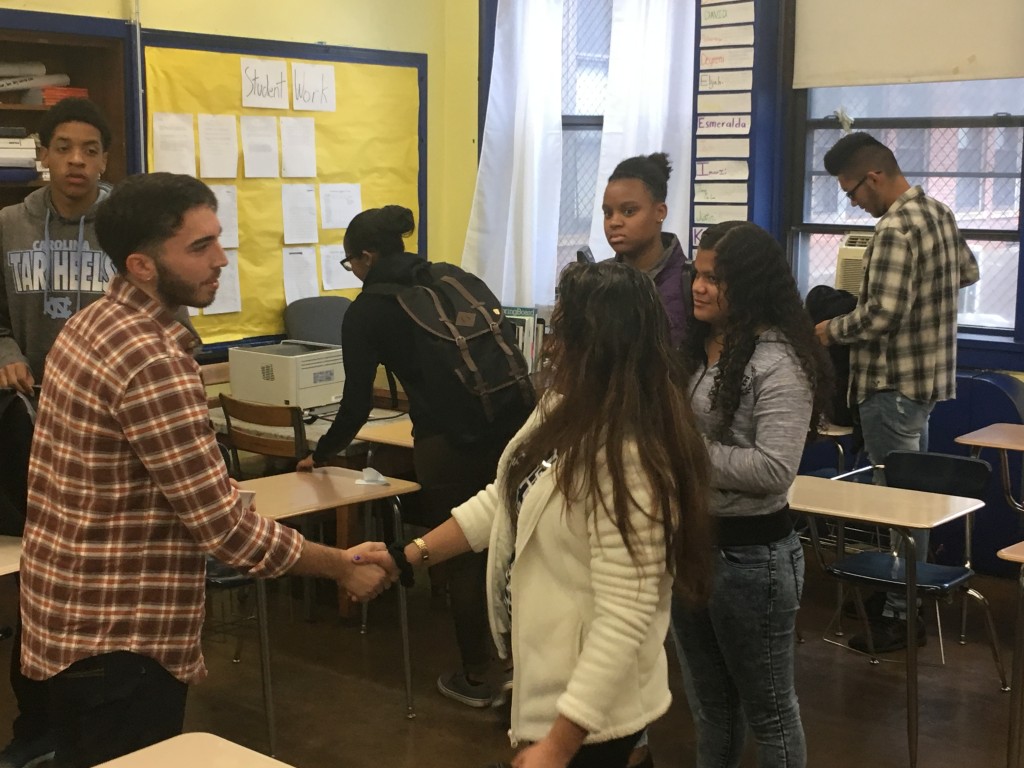 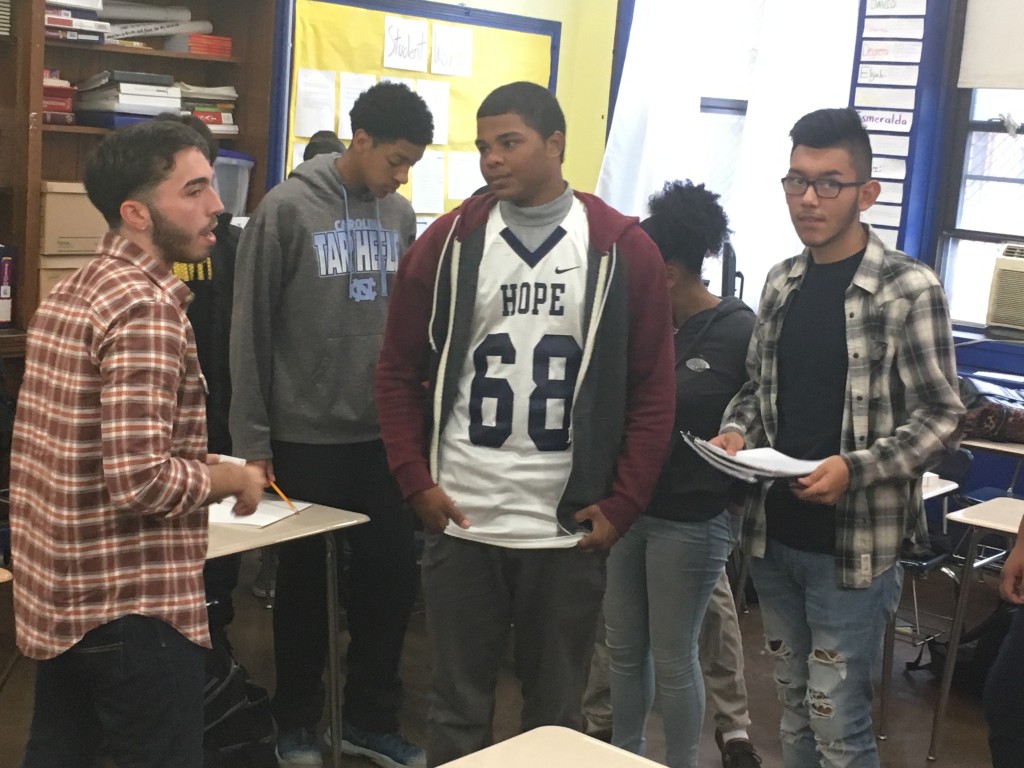 Ralph Waite (center) and Jorge network with Jason at the end of class.