Tino Chow, was arguably one of the most interesting guests

who have visited our Life Skills class.  Our interest in Tino was created not only his

passion for design and entrepreneurship

born in the fascinating Asian country of Singapore and educated in the Chinese territory of Hong Kong. 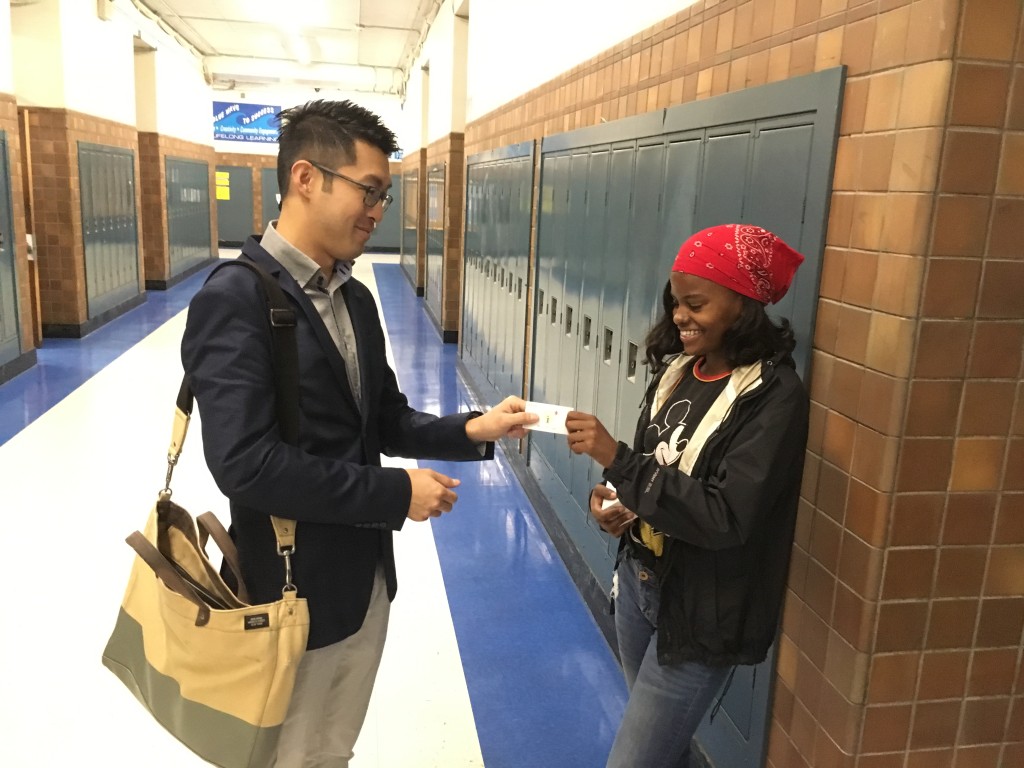 Jonasia Brown (right) welcomes Tino Chow to Hope High and the Life Skills class and gives Tino her business card in the process before the start of today’s class.

Jonasia introduces Tino to the rest of her classmates 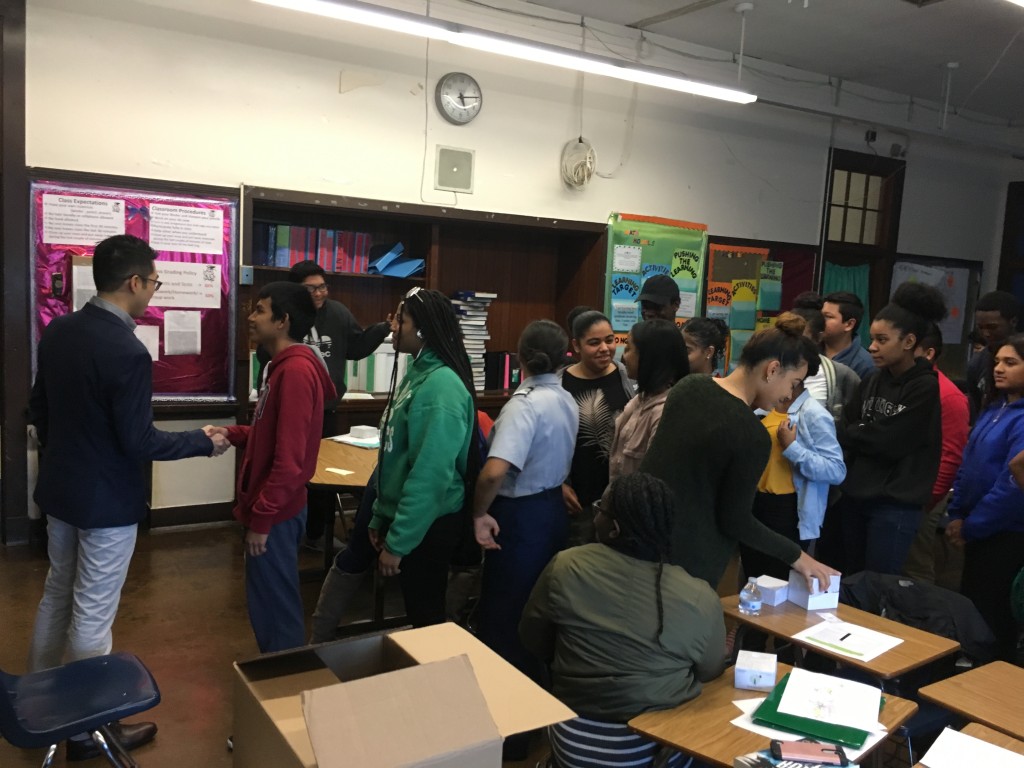 Following Jonasia’s introduction of Tino to the class, the class approaches Tino and individually welcomes him to the Life Skills class. Walter Jimenez welcomes Tino with a smile, great eye contact, a firm handshake and a ‘thanks for coming to our class today’ greeting. 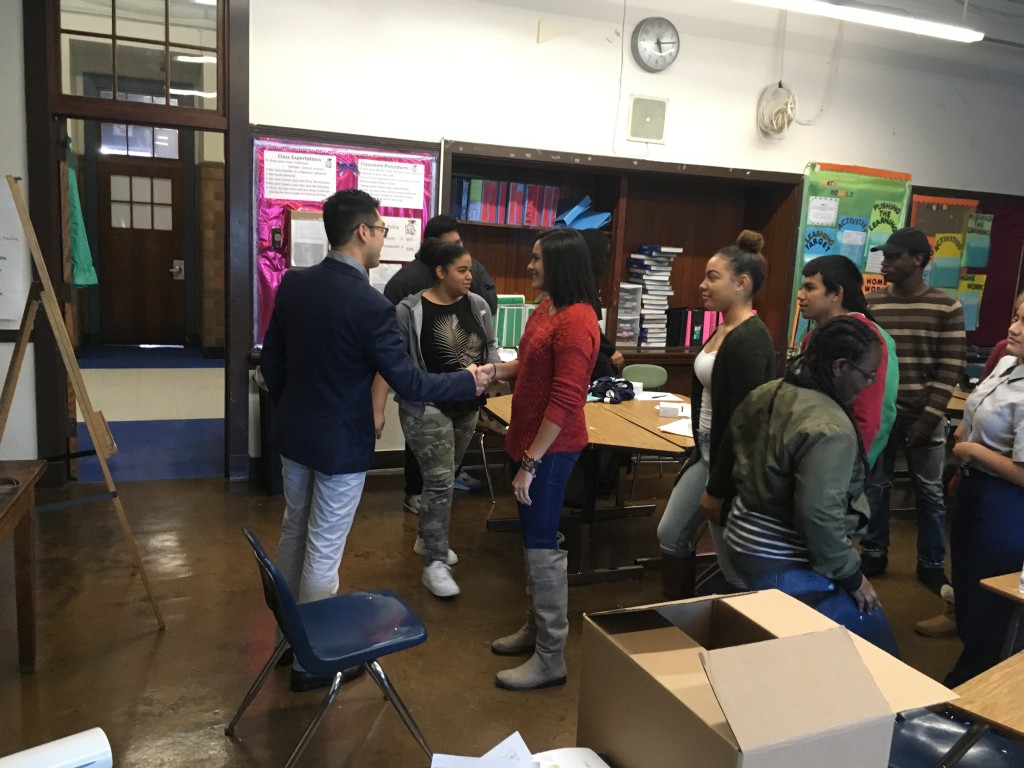 Marianella Galan Jimenez welcomes Tino to today’s class as Catherine Visono waits to do the same. 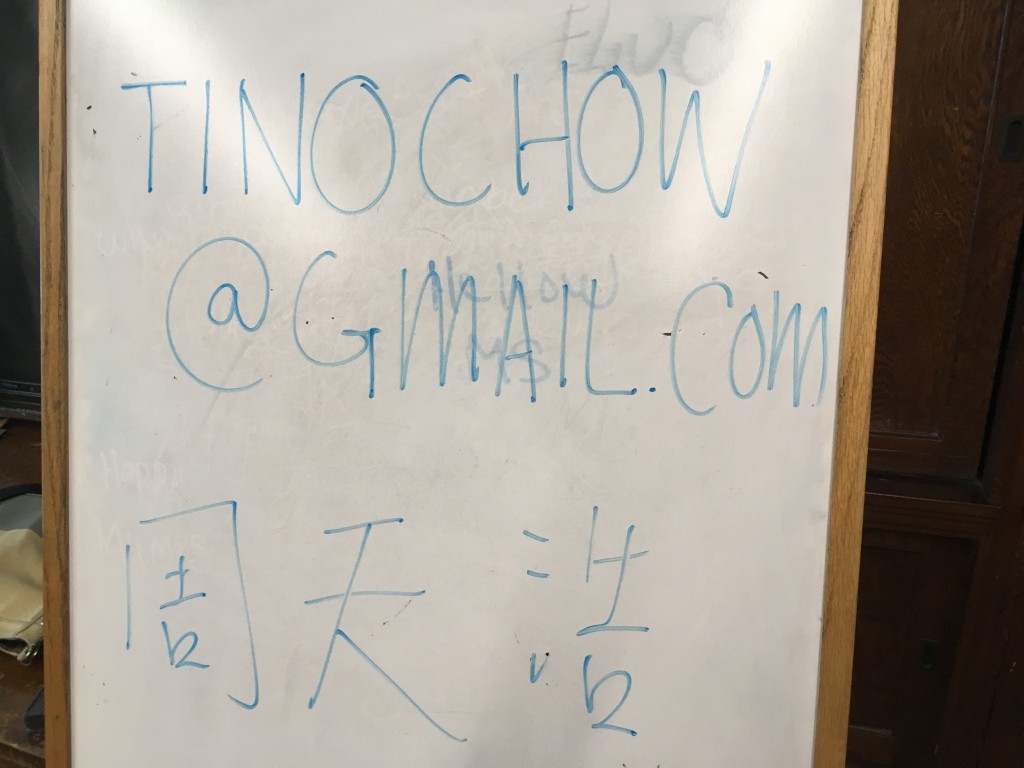 Tino shares his contact information and writes his name in Chinese, one of the three languages he speaks – English, Mandarin Chinese and Cantonese Chinese.

Tino’s reaction to this Life Skills class was encouraging.  “Steve, this group of students is amazing.  I was impressed by their

willingness to ask questions and good questions I might add!

I’ve visited your class at least 5 or 6 times over the last several years and I’ve never seen a class so comfortable and good at asking questions.  This is an impressive group.” 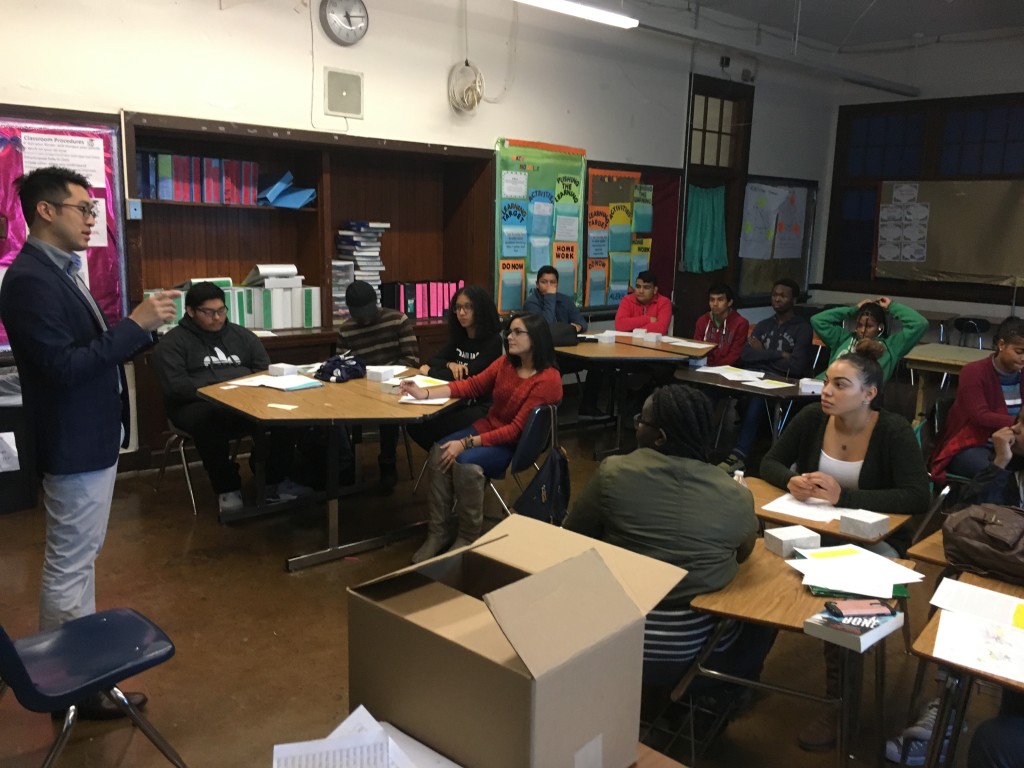 Tino begins his story from birth in Singapore, education in Hong Kong, two years as an officer in the Singapore army and then coming to the United States to attend the Rhode Island School of Design to study Industrial Design. 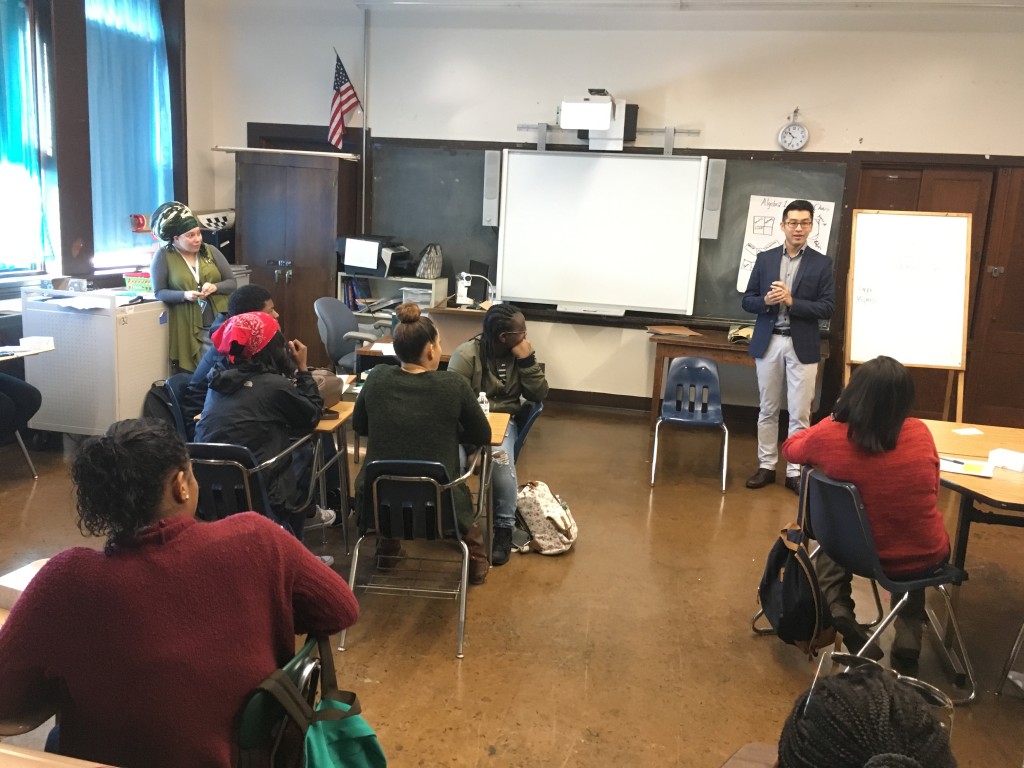 Tino talks about his company, GIANT SHOULDERS, which “designs” strategies to help companies develop their brand, tell their story to their markets to grow their business and establish their company culture.  Tino also answered a variety of student questions about Singapore’s strict laws that make it one of the safest and cleanest countries in the world and the cost of owning and driving a car in Singapore. 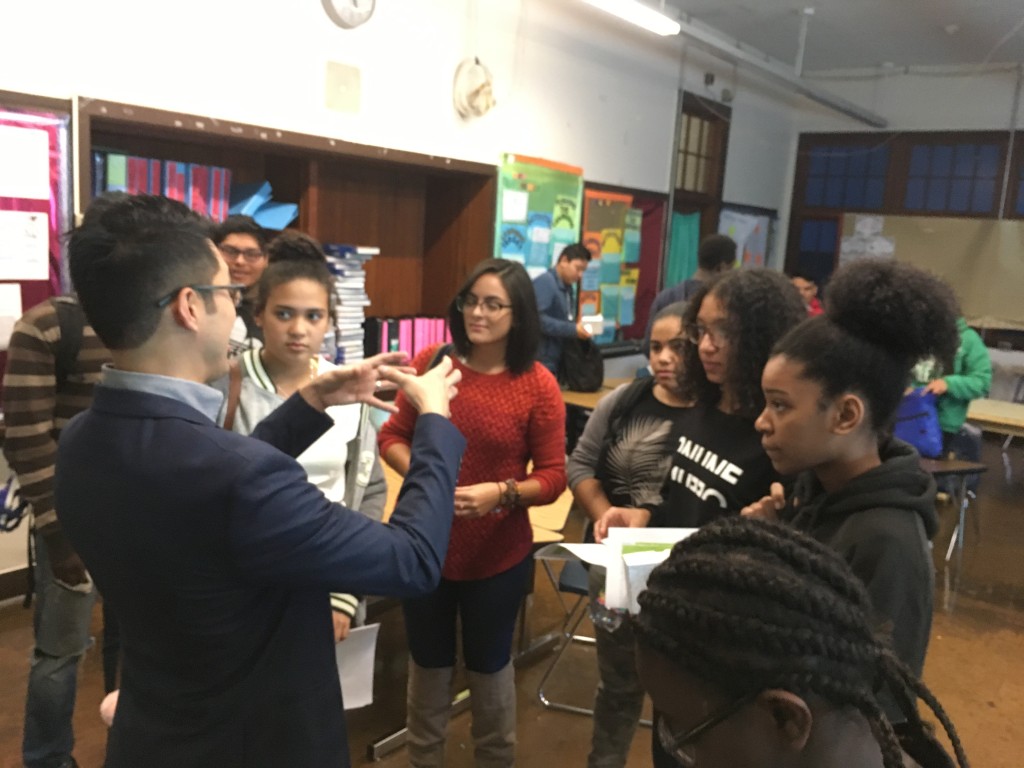 Students networked with Tino after class today continuing the class conversation about design and Singapore. Most students gave Tino their business cards and thus added Tino to their growing personal networks.