and, soon after, introduced Aristides to the Life Skills class. 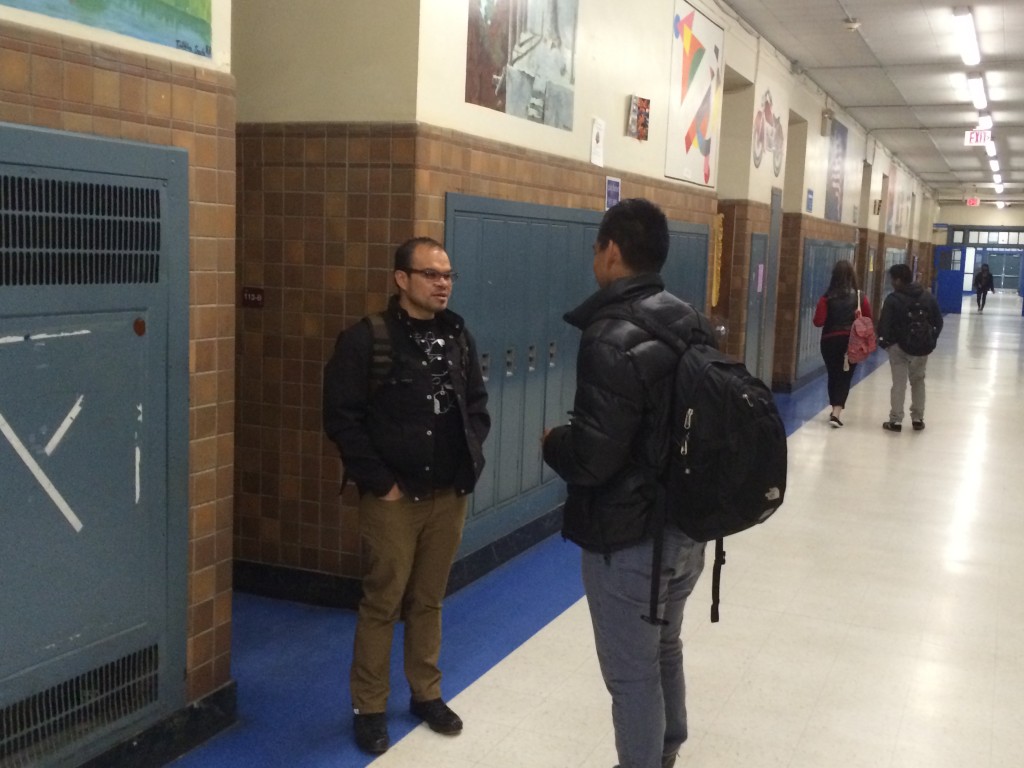 Jose Orellana (right) introduces himself to Aristides Membreno and welcomes him to the Hope High School Life Skills class before the start of class. 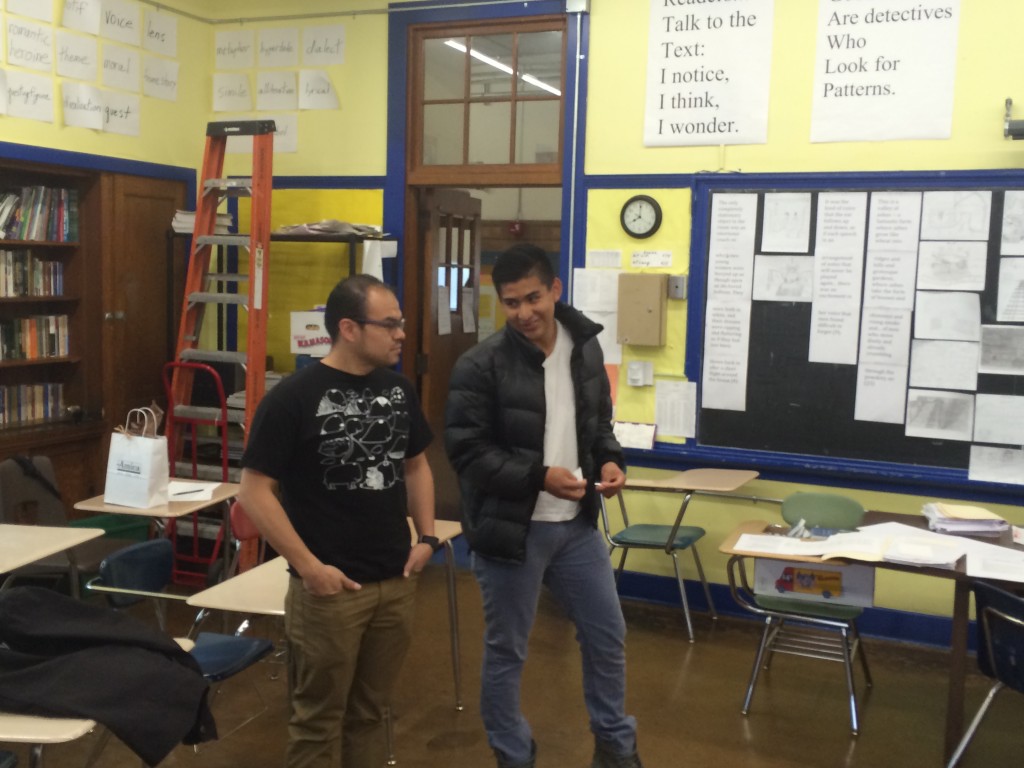 A moment of levity as Jose introduces Aristides to his Life Skills classmates.

“He is a graphic artist but refers to himself as a ‘designer’ designing toys at Hasbro and sneakers and shoes at Converse.

His name is Aristides Membreno but

I’ve been told to call him ‘Arrow‘.

Please welcome Arrow to our class.”  And so went Jose’s eloquent introduction of the designer, Aristides “Arrow” Membreno, to the Hope Life Skills class. 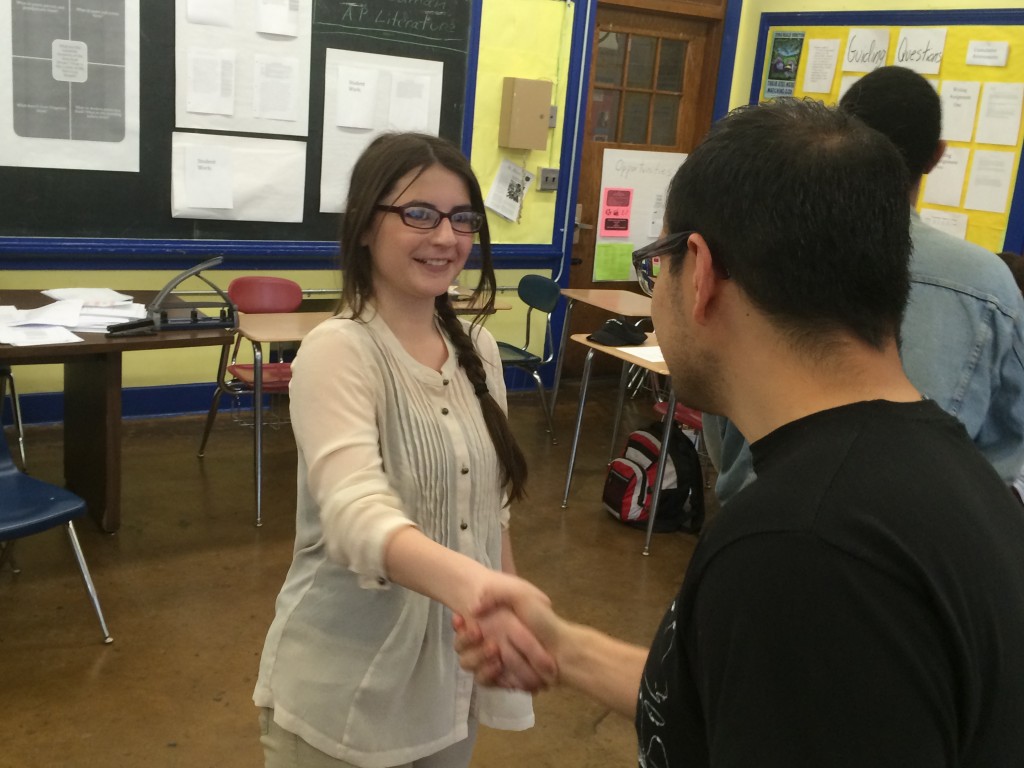 Arrow began his story by saying “I was born in the central American country of El Salvador during a violent time.  Consequently, my parents emigrated to America and we settled in Oakland, California in a tough, poor section of the city.  I was called the ‘white’ kid and the only one in my elementary class.   Elementary school was rough;  I was picked on a lot. When I got to middle school, I wasn’t the only ‘white’ kid anymore; there were a few more Latinos in my middle school.

By the time I got to high school, I was really into art”. 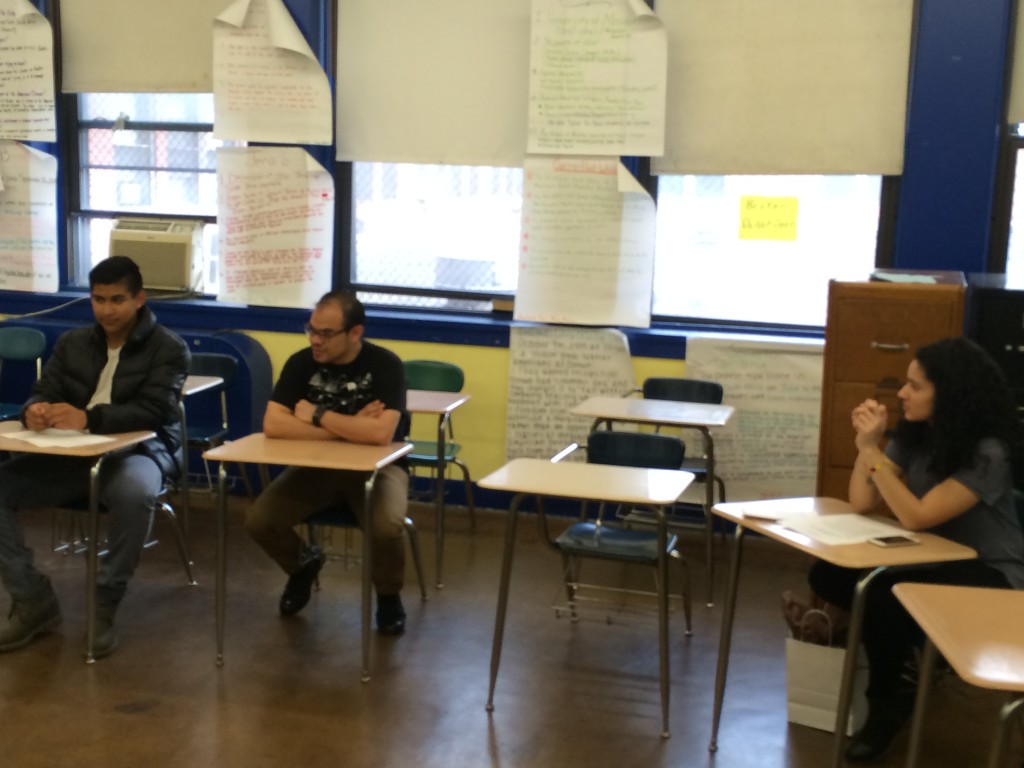 Arrow begins his story of success, beginning with this birth in El Salvador to the threats by Oakland’s gang leaders for his art and onto his success at Hasbro and Converse.

Arrow then shared an early life epiphany.  “It was freshman year in high school. There was a group of students who belonged to a rough group in the neighborhood.  They found out I was good in art and they approached me one day saying I had to do their art homework or there would be consequences.  I went home for the weekend and started producing several different versions of the art homework.  When I came back to school on Monday,

I put my art on a table for each member belonging to this rough group to choose the piece he wanted.

They were excited when they saw what I did and took the drawing which most appealed to them.  And then, they did something I’ll never forget.  Each one of these guys put $20 on the table for me and said ‘there’s more to come if you keep doing this for us’.   It

immediately occurred to me I could earn a living doing something I loved to do, art.” 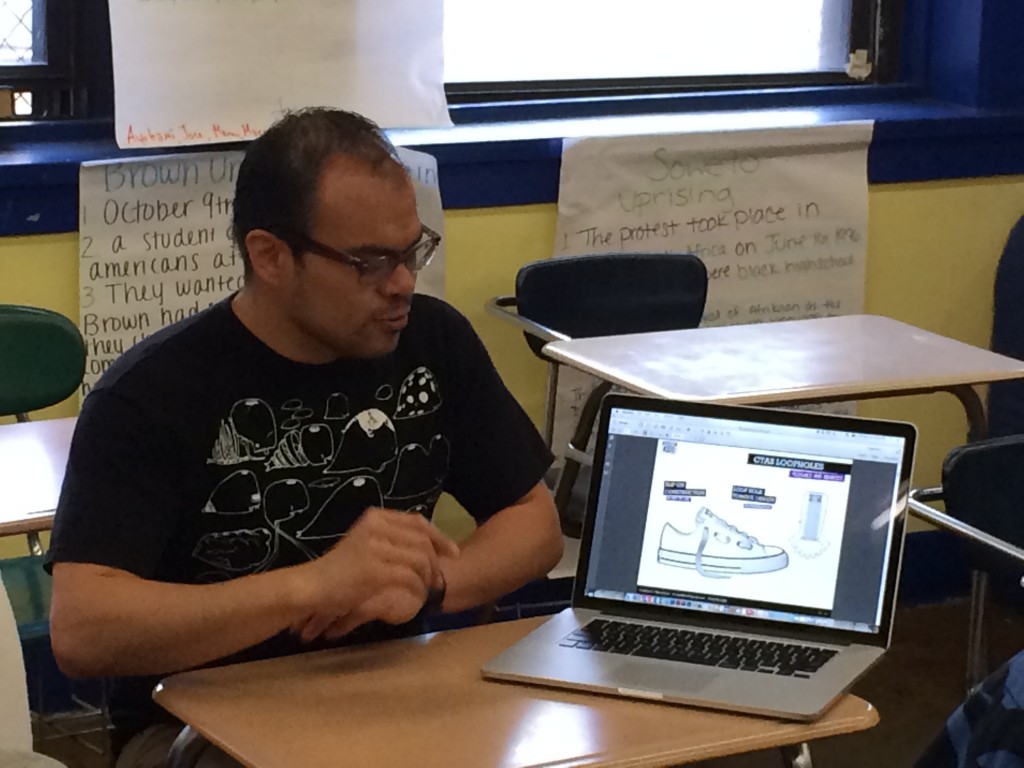 Some of Arrow’s sneaker designs

There was another memorable life moment Arrow shared with the class.  It was

all about extending himself out of his ‘comfort zone’ and, in the process, adding a wise mentor to his personal ‘network’.

“I knew early on about the importance of choosing the right people in my network.   I realized if I stayed with some of my friends who became gang members, I’d never become the successful artist and designer I dreamed about.  After going to the toy department in a store and discovering a particular toy was made in a San Francisco company just across the bay from Oakland, I walked in the front door of the company and asked the receptionist if I could speak to someone because I wanted to be a designer.  Out came a designer who also happened to teach art at a nearby California art school.

This man became a mentor for life.”

Today’s class ended, unfortunately, too quickly.  However, Arrow has committed to

coming to our annual networking event at McCoy Stadium, on May 24th from 6pm to 9pm,

in a fully catered, corporate suite for a Pawtucket Red Sox game and to continue his conversation with any interested Life Skills student. 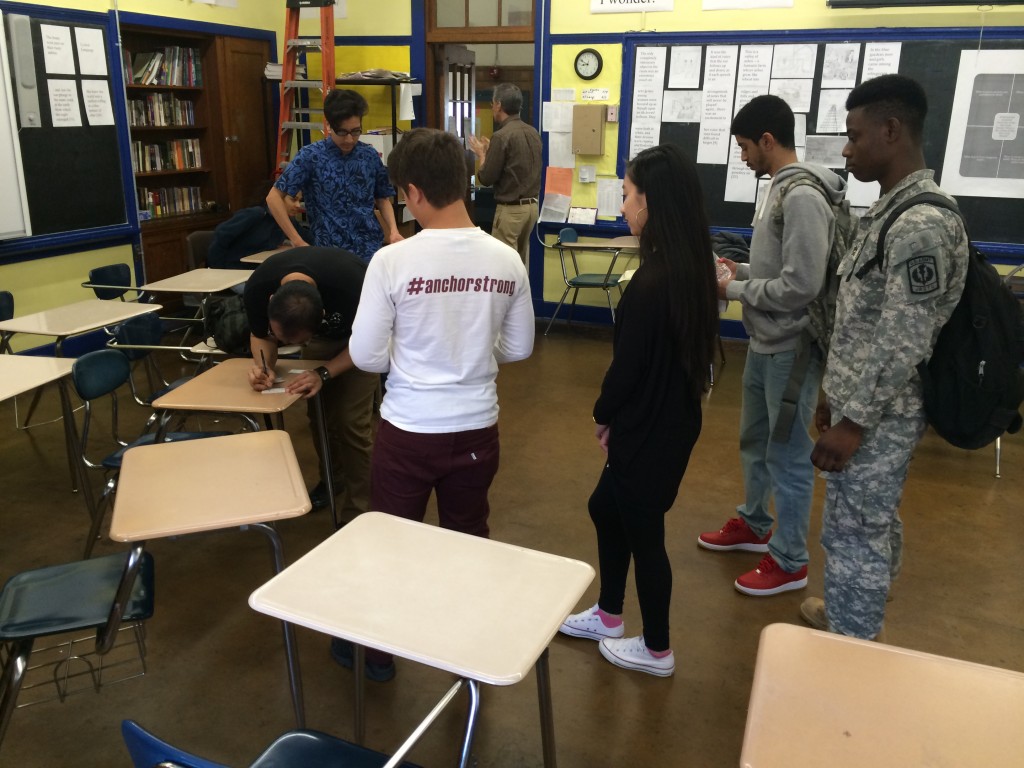 Arrow changing a number on his business card before exchanging it for one of the Life Skills’ student business cards.