Djovan welcoming Nick to Hope High and the Life Skills class prior to the start of today’s class. 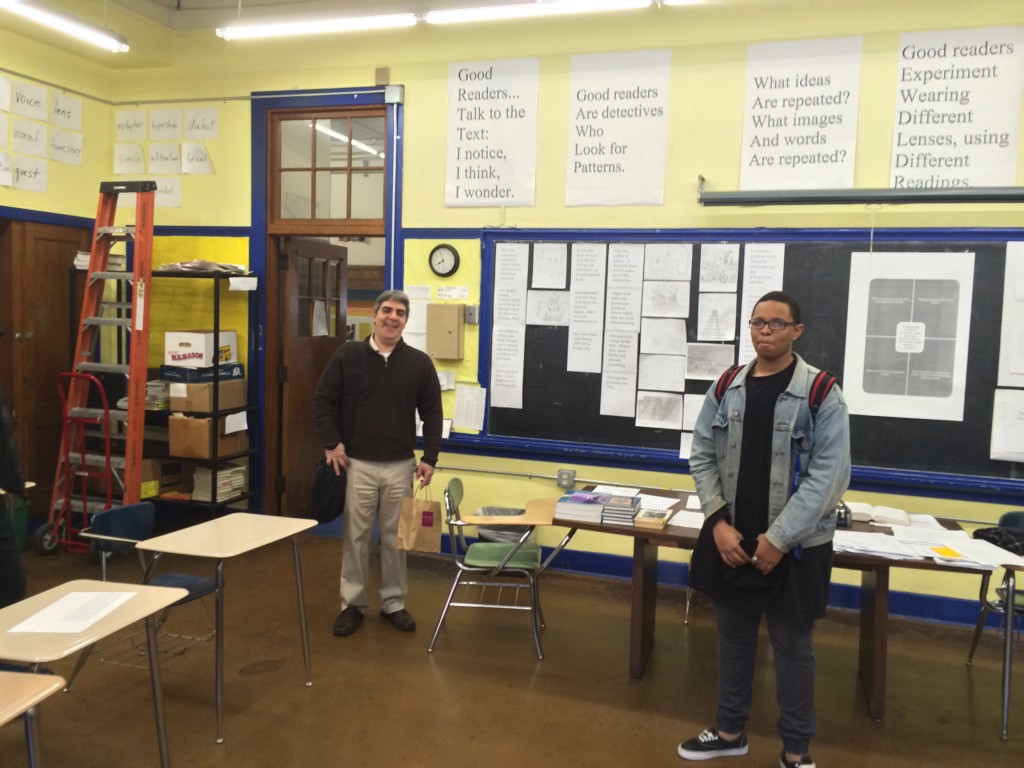 Djovan introducing Nick to his classmates at the beginning of today’s class.

Class began with student reflections on yesterday’s visit to the CVS Health corporate campus.  “I was amazed at the number of CVS Health staff members who were happily

Nick Decesare immediately added  “I started as a pre-med major at New York University (NYU).  My parents and I thought I would be a doctor.   After 2 years at NYU, I changed my major to graphic design and I’m glad I did.“ 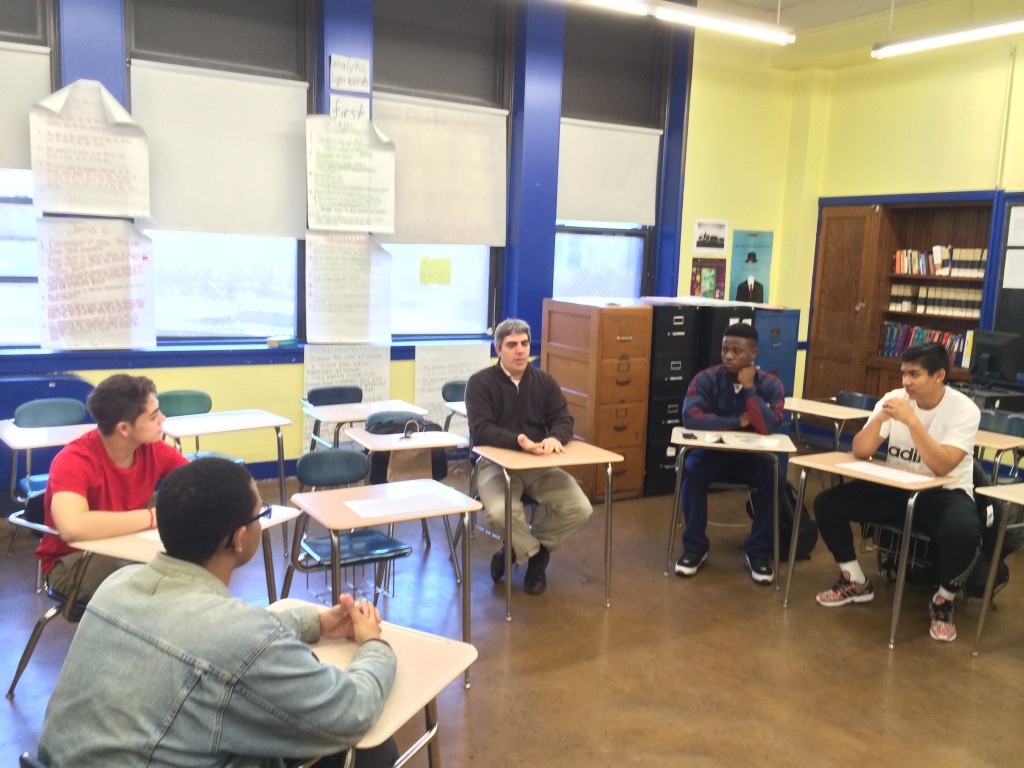 Nick begins his story about ‘design’.

Nick continued with an examination of a full page advertisement in the Wall Street Journal.  The class began sharing their observations of the ad.  “There is a black and white contrast in this ad”  Jose Orellana said.  “Good qualities in one column and negative qualities in the other column.  It’s interesting to see the good qualities have a black ground.  That seems contradictory to what I expected.  I’d assume the graphic designer for this ad would have a white background for the good qualities and negative qualities would have a black ground”.   “I agree, Jose”  Nick said.  “But, there is a specific reason the designer created this ad the way he or she did.  This designer intended readers to pause and reflect on this design.  When something causes an observer to pause and think, the designer has achieved an initial goal.  You know, almost everything, from an online advertisement to a soft drink container or the shoes you wear, has a

Design is more than aesthetics;  you know, making something look good.  Design also has a ‘function’ quality’ like easy or exciting to use.  From the house or automobile  Ayobami will eventually design as an engineer or how Jose’s future patients will feel in his medical office to the clothes and accessories Djovan will ultimately design for his business or pleasure, design plays a critical role.  The better you understand design, the better you’ll be able to fulfill your career and job objectives.”

The conversation then moved to

Nick began explaining the process of 3D printing before sharing a variety of samples he produced at his home 3D printer. 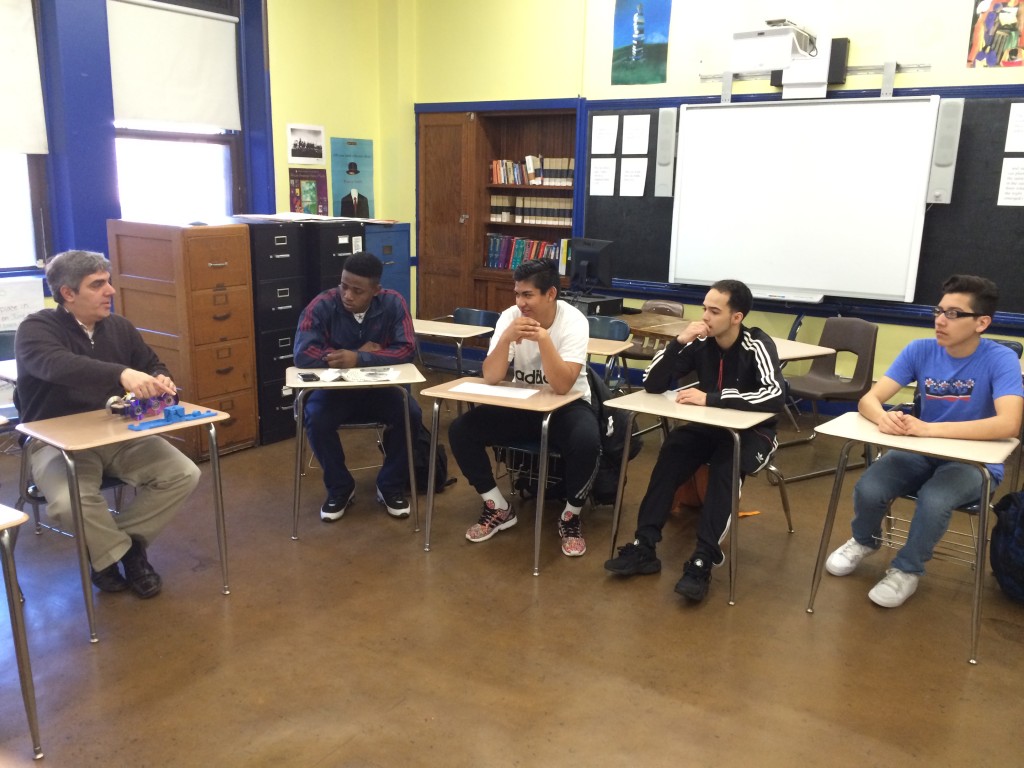 Nick shows samples of items designed then produced on his home 3 D printer.

Nick describing the toy car created at home with parts produced by his 3D printer. Nick’s car is powered by a mousetrap!

Nick referenced these videos below on 3D printed products.  Take a look;  you’ll be amazed what’s being made by a 3D printer!


The class ended with a networking session. 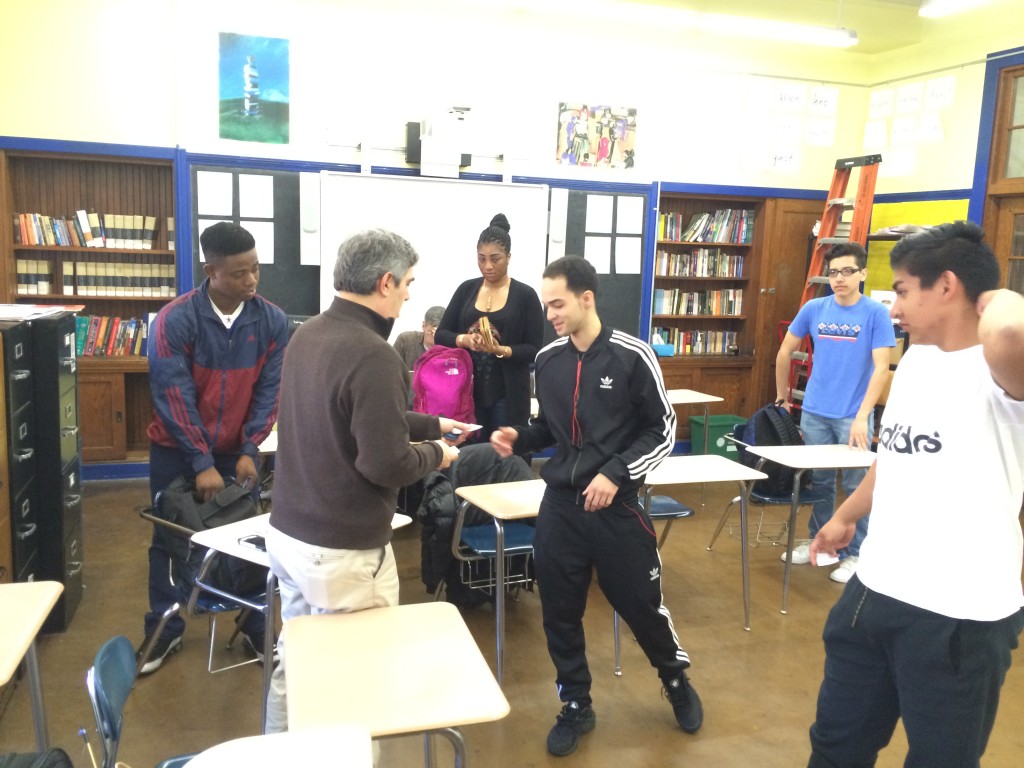