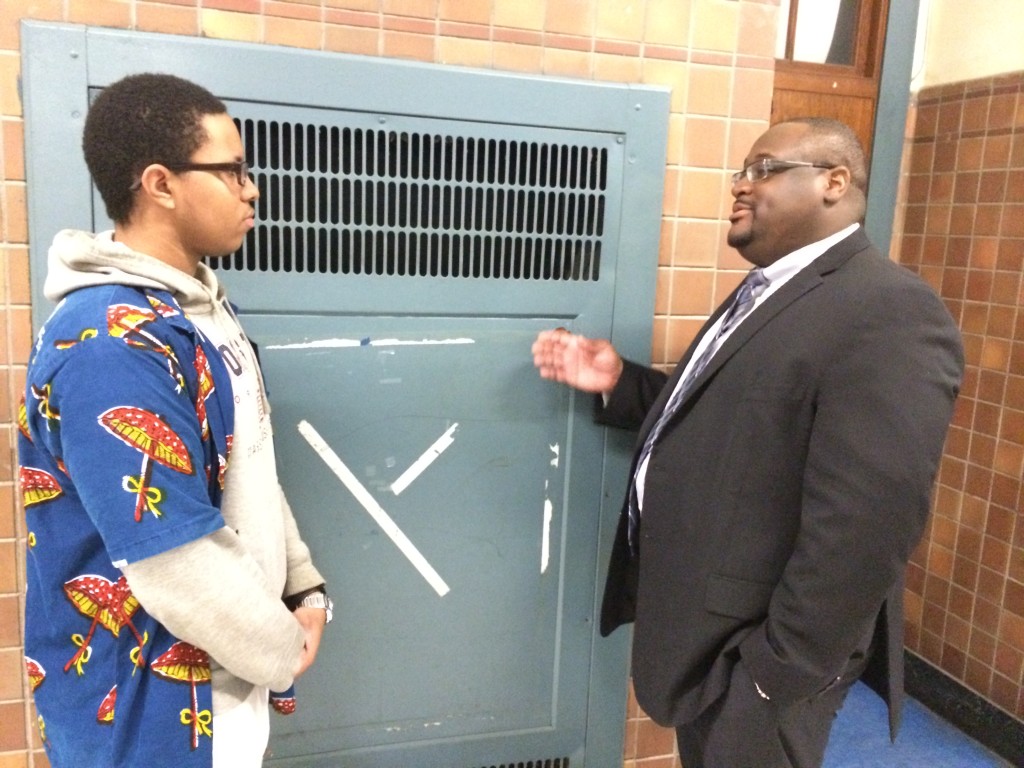 Collin (right) is welcomed to Hope by Djovan Davega before the start of today’s Life Skills class.

Collin shares his story with the Life Skills class.

Collin’s story began on the Caribbean island of Jamaica and then onto the United States, New Jersey specifically, when he was five years old.   Collin’s life seemingly revolved around sports, mainly football and basketball.  He played high school and AAU ball with athletes who went on to play Division 1.  “Eventually,

I realized I wasn’t going to play professional basketball and academics had to be taken seriously if I was going to be successful.

So, I started studying harder than I ever had.  Got my undergraduate degree and then went on to Roger Williams University Law School to become an attorney” he said.   He also took risks, measured risk, by moving away from his New Jersey home for school at Roger Williams University in Rhode Island and then later for a consultant job at CVS Health, at their corporate office in Woonsocket, Rhode Island.  “The CVS job was initially not expected to be a permanent job.  But I took the job seriously.

I worked hard at creating a brand that said ‘hard working, serious, responsible, a life time learner; someone who could collaborate and work successfully with other team members’.

A good brand paid off.  I was offered a permanent job and eventually was promoted to my current Senior Director position.”

Collin also mentioned his diverse network.  “I always had different people in my network.

My network wasn’t athletes only.  I had serious students who were friends too.   One was a chess champion.

I never knew how to play chess until I started hanging out with him.  My chess friend brought a new perspective that changed me and my outlook on life and people.  I think he helped me become more empathetic.  Network diversity helps a person grow.  It also creates opportunities that would not be possible with a less diverse network.“

Collin and students connected later during the Life Skills networking session at the end of the class.   Students exchanged business cards with Collin to add each other to their growing networks.   Who knows what dividends these connections may pay later in all of their lives? 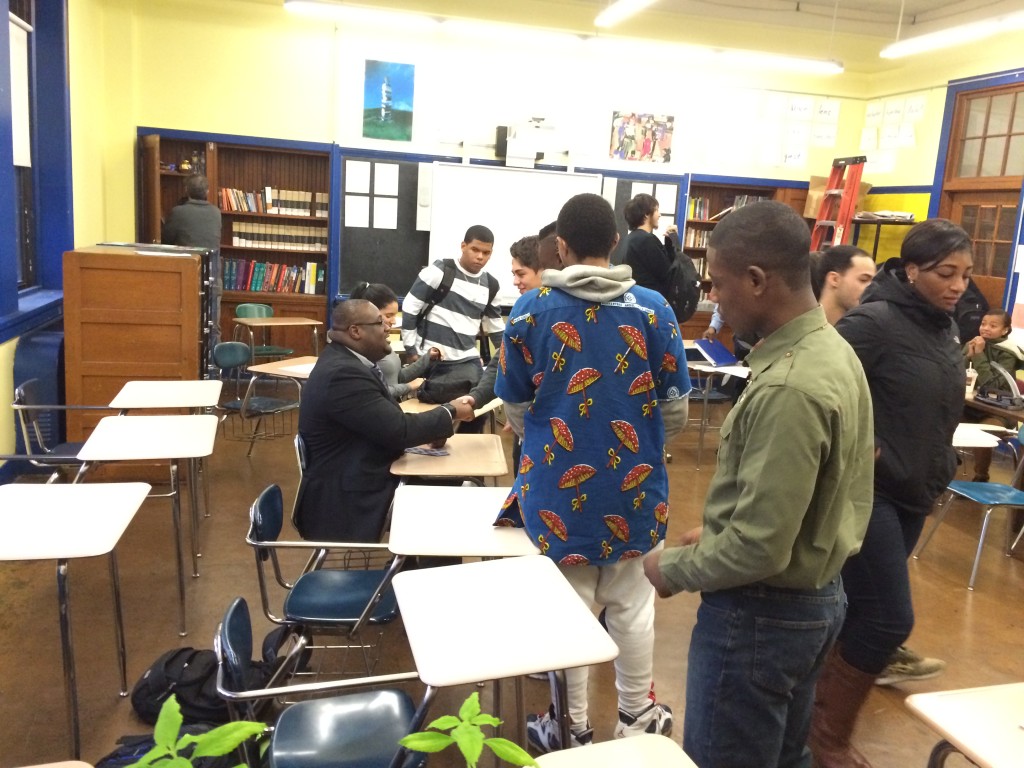 Life Skills networking session at the end of today’s class.