Our guest today was Junior Jabbe,

Delsairey welcomed Junior to Hope High School before introducing him to the entire Life Skills class. 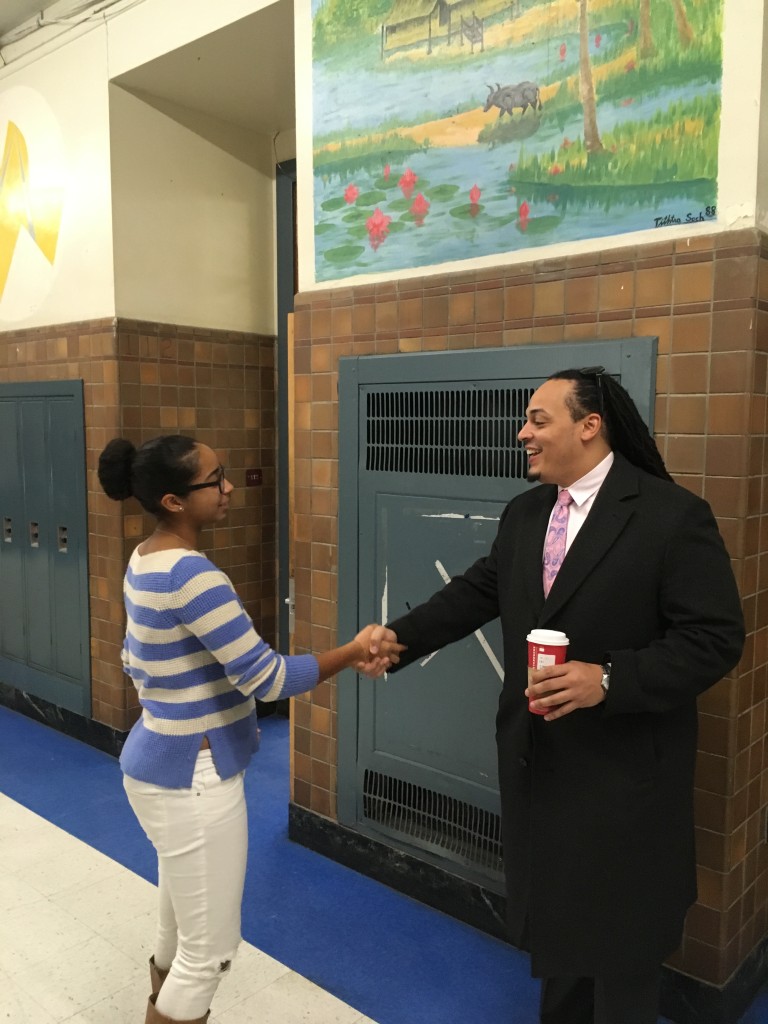 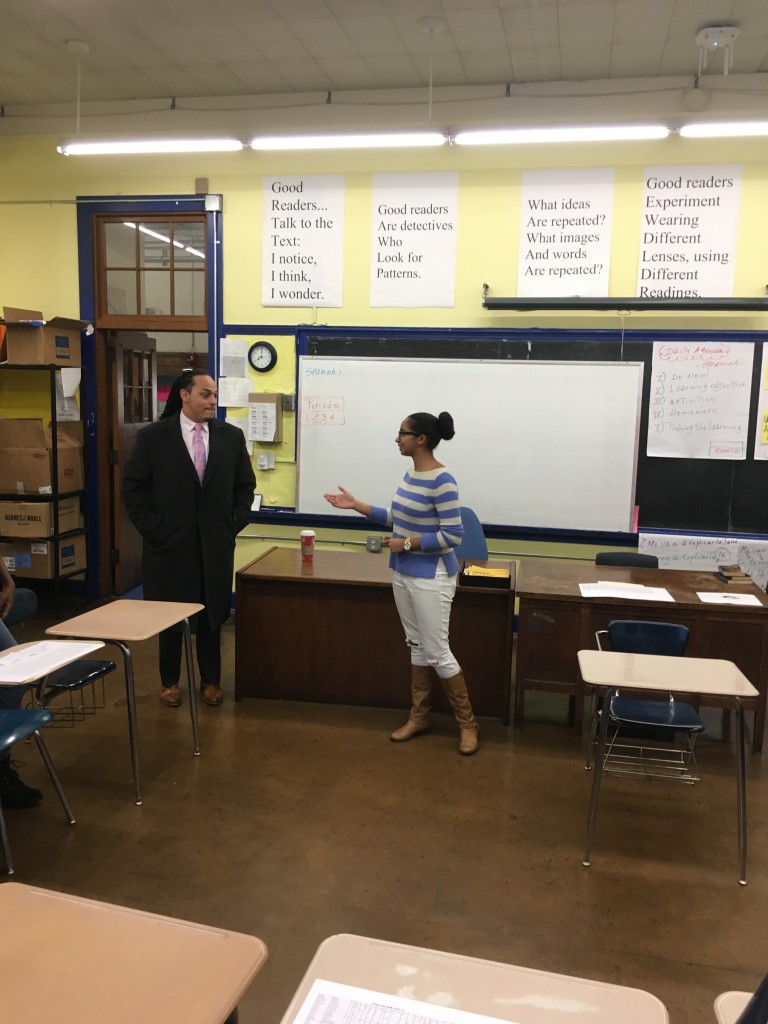 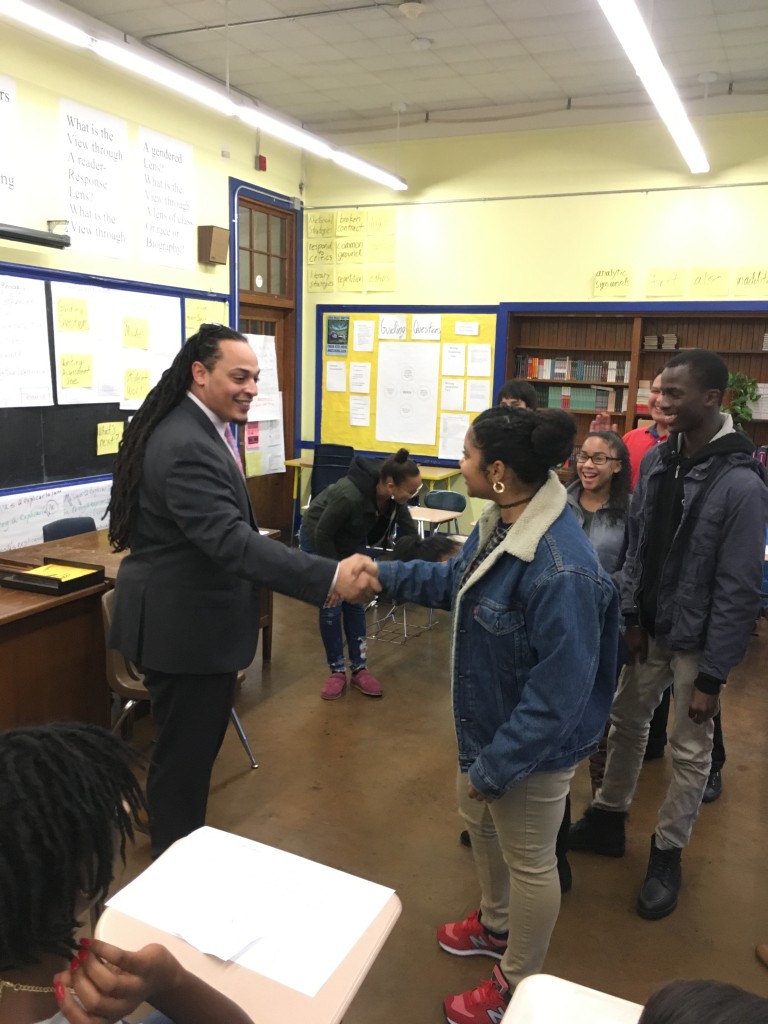 Junior began his story as a troubled middle school student in Maryland.  “I got in trouble a lot and didn’t put a lot of effort into my studies.   My grades were poor.”  But in high school, Junior’s life changed with a chance meeting “with a giant teacher who confronted me in the corridor.  He was 6′ 7″ and weighed close to 300 pounds.  Big!   He asked me if I played football.  I told him ‘no’.  He said ‘now you do.  Report to the gym after school today because you’re now on the high school football team!‘  For the first year, I was the worst player on the team.  But the next year,

I decided to commit myself to being the best I could be.

I changed my brand

from an unfocused, always ‘in trouble’ student to a good player and captain of the team.  By my senior year, I was being recruited by Division One colleges.”

Junior starts to tell his story. 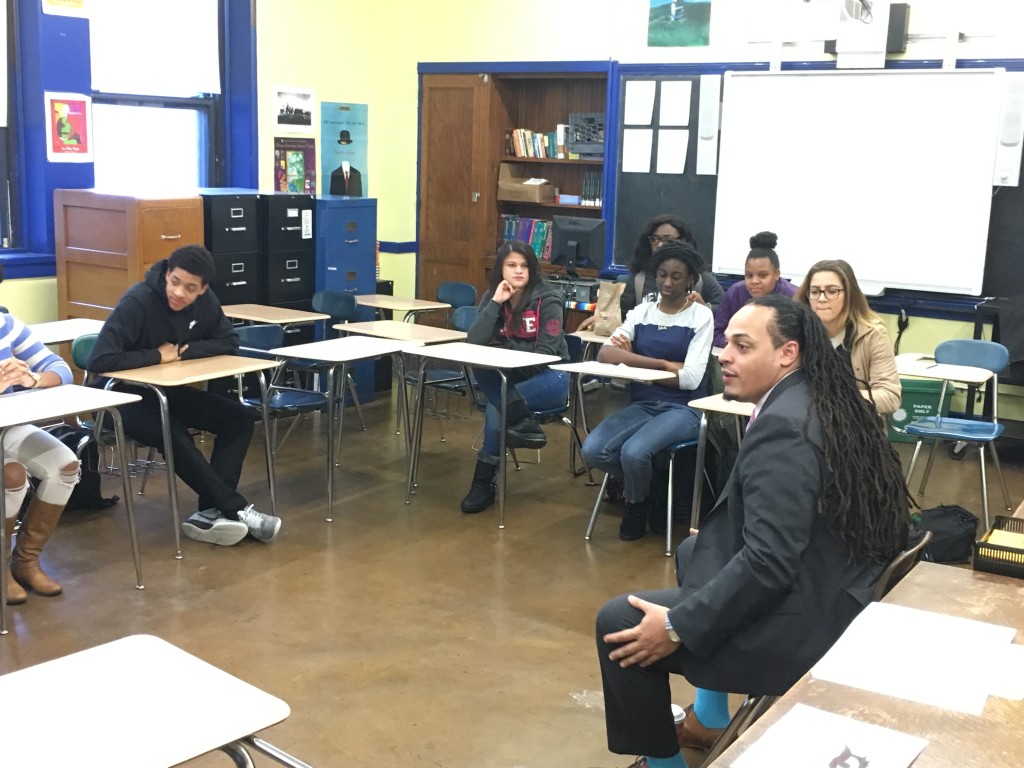 Junior responds to a student’s question

Junior said he decided to go away to college.  “To continue to develop my skills and be the successful person I wanted to be, I thought it would be

in my best interest to leave my Maryland neighborhood and go to a college recruiting me from Rhode Island.

I had no idea where Rhode Island was.  Was it Long Island, in New York?  I decided to push myself out of my comfort zone.  I visited the school and liked what I saw. I became a student athlete at Bryant University.”  Junior encouraged the Life Skills class to

push themselves out of their comfort zone, to try things that make them uncomfortable and nervous but

can help them grow, improve their skills and eventually increase their confidence.

Junior spoke about his internships in college.  One

internship turned into a permanent job

at Banneker Industries after graduation.  “Internships are important.

If you can get an internship, take it.

Internships enable you to learn about jobs, which one’s you like and, as importantlyu, jobs you don’t like.”  Junior then shared a story of a college intern who reported to him at Banneker.

“Companies look for people who work well with others, who respect others and be part of a team.

Well, this intern had no clue.  He came to work late, walked around the corridors wearing a hoodie with  ear buds listening to music.  He created the perception he didn’t care about anyone else.  Since I was his supervisor and I pulled him aside immediately.  I told him his act wasn’t working at Banneker and, if he wanted to stay, he had to change immediately.”

The class ended with a networking session as students greeted Junior and exchanged business cards. 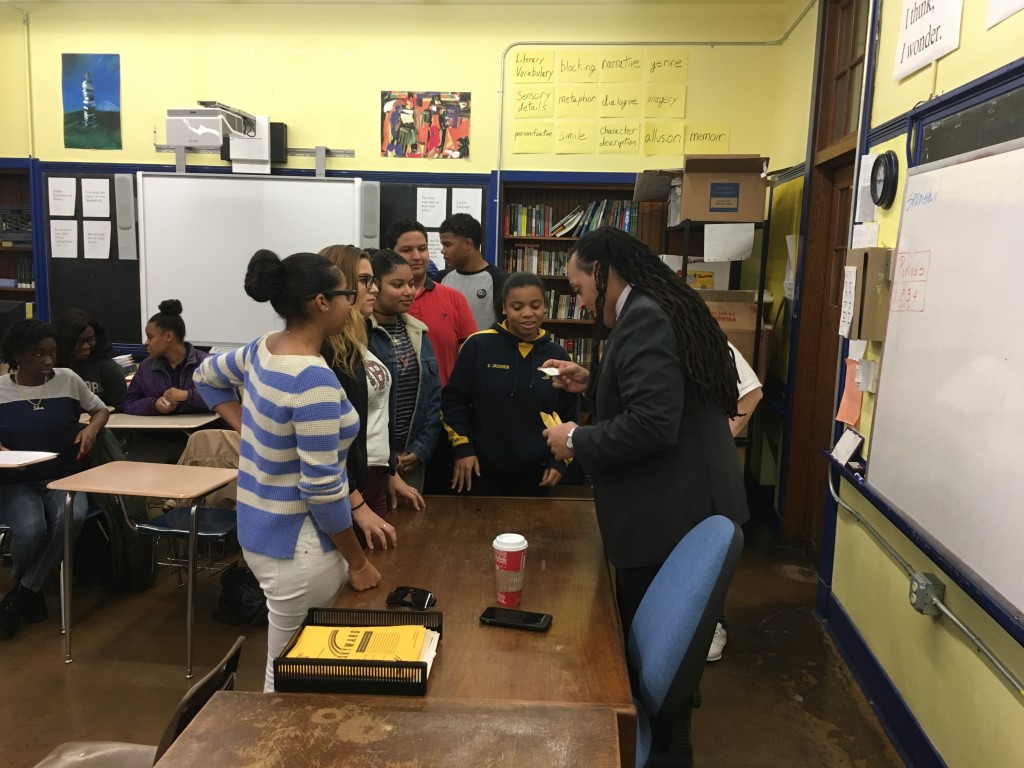 Sara Jackson gives Junior his business card to Junior and he prepares to give Sara his. 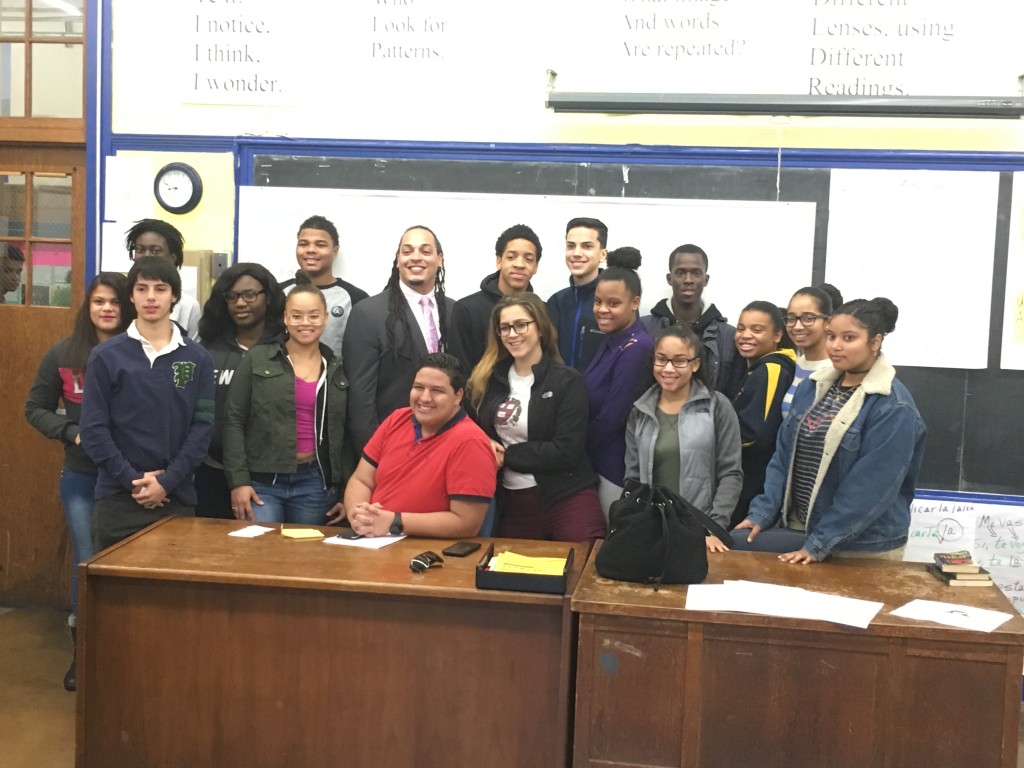