a community service organization feeding the homeless of  the city, was the guest of the Hope Life Skills class. 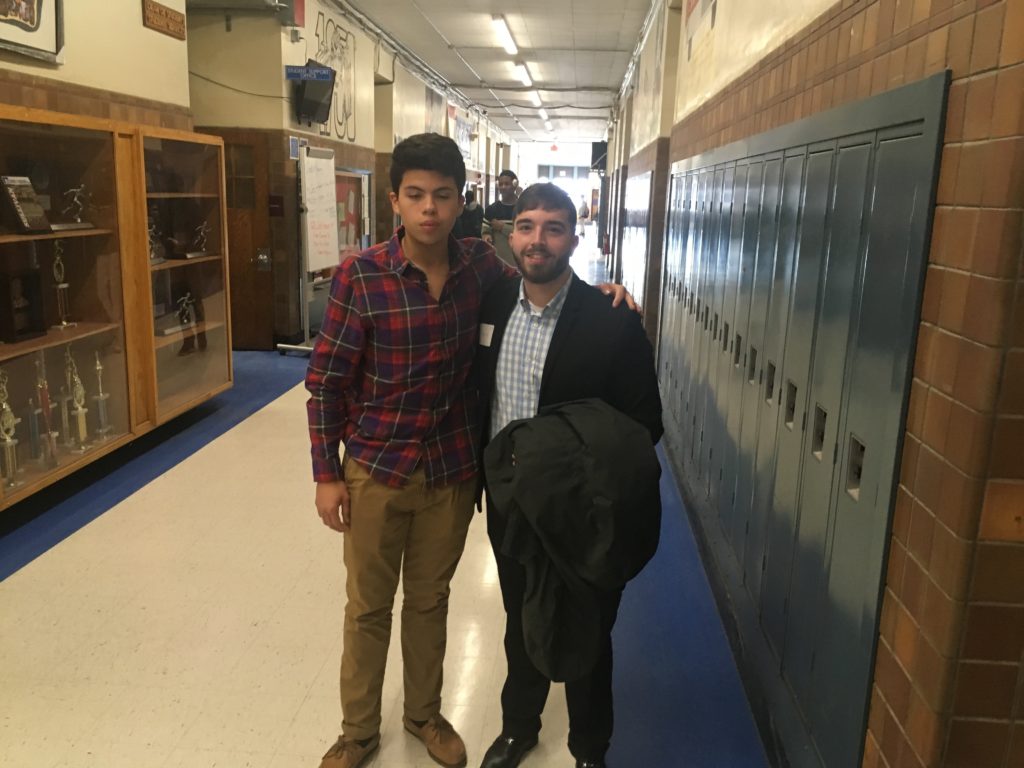 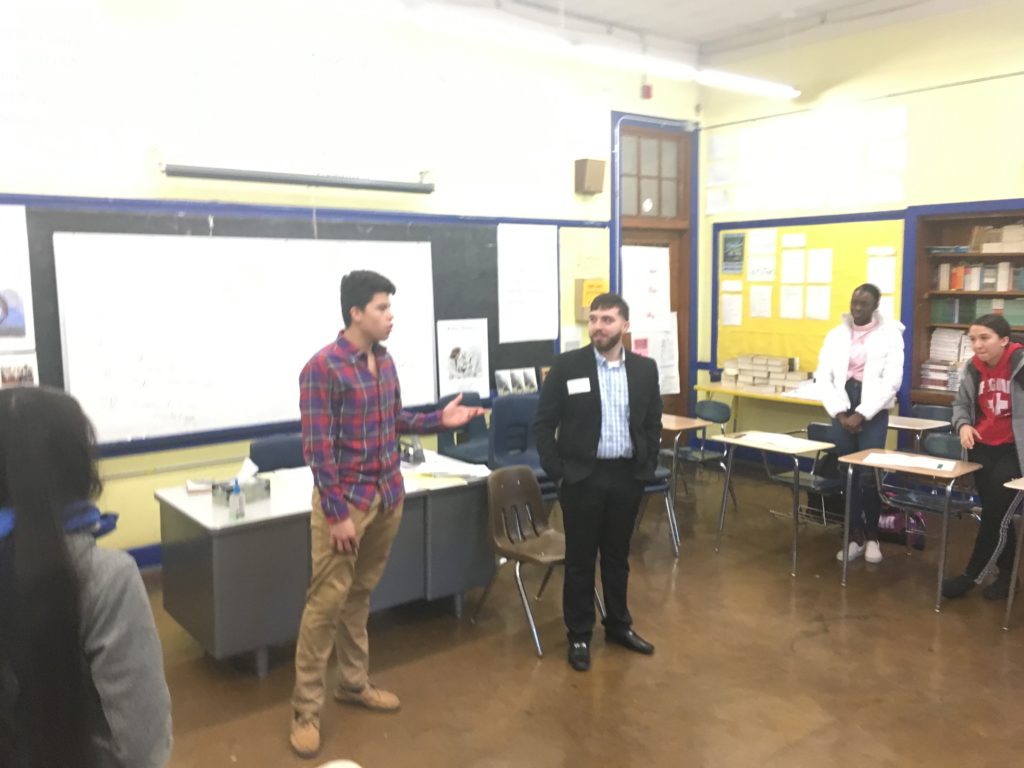 Darwin introduces Jason to his Life Skills classmates at the start of today’s class. 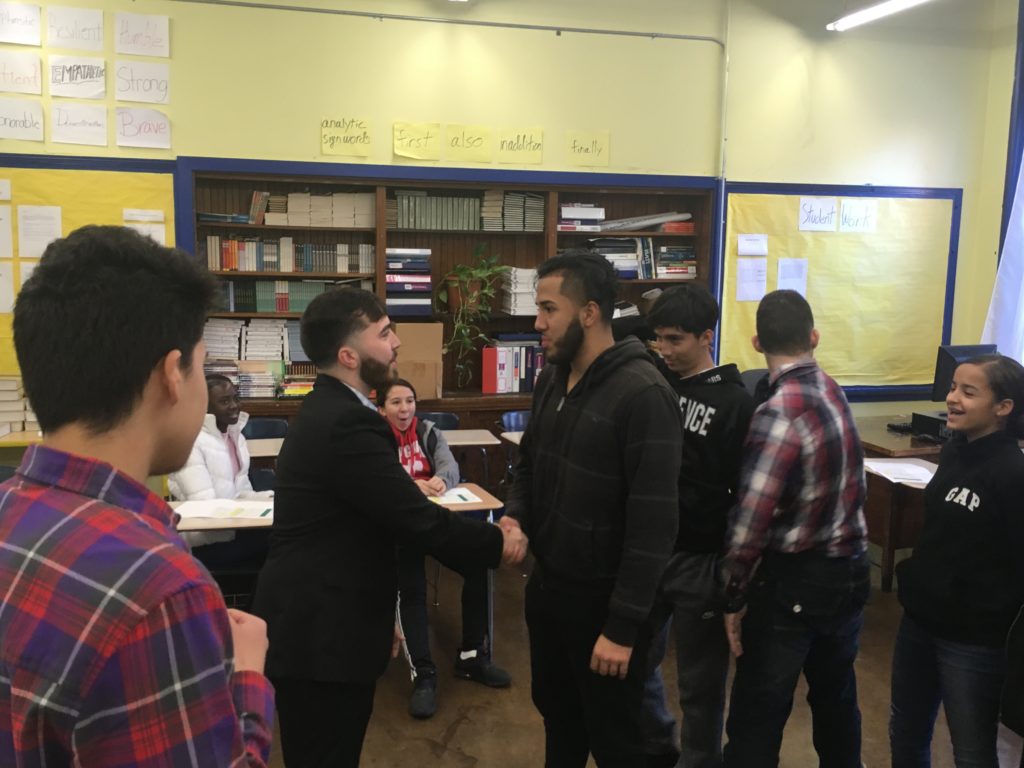 Christian Hernandez, with strong handshake and confident eye contact, greets Jason at the start of class. 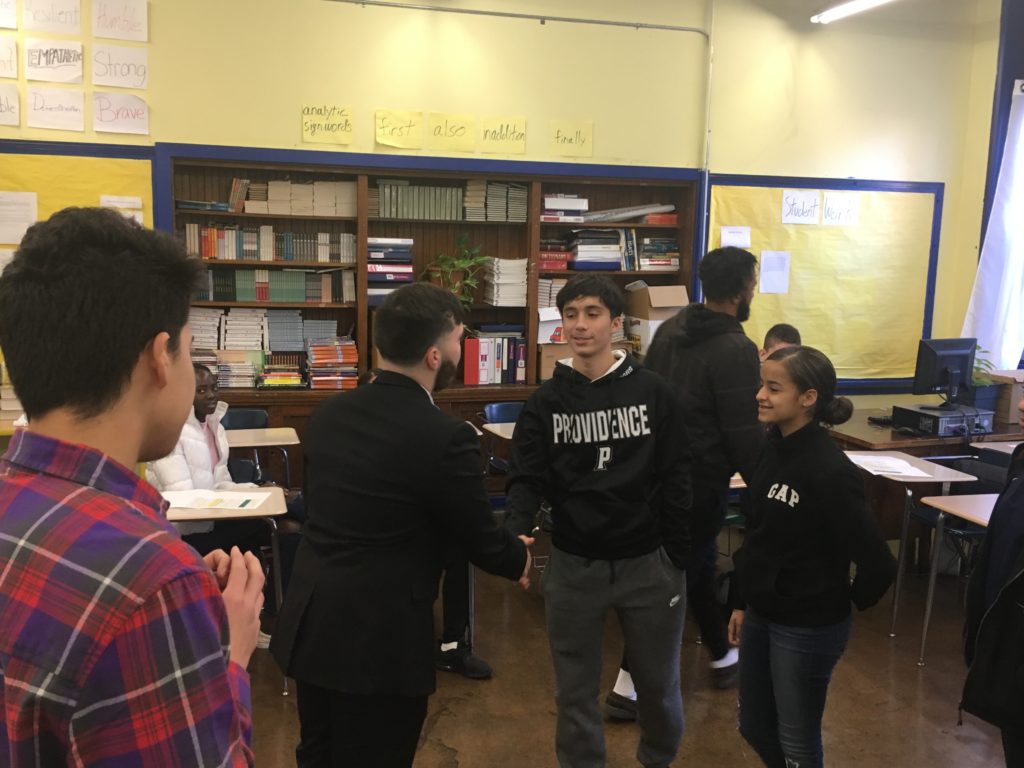 With his customary welcoming smile and eye contact, Kevin Castenada causes Jason to feel pleased to be back at Hope! 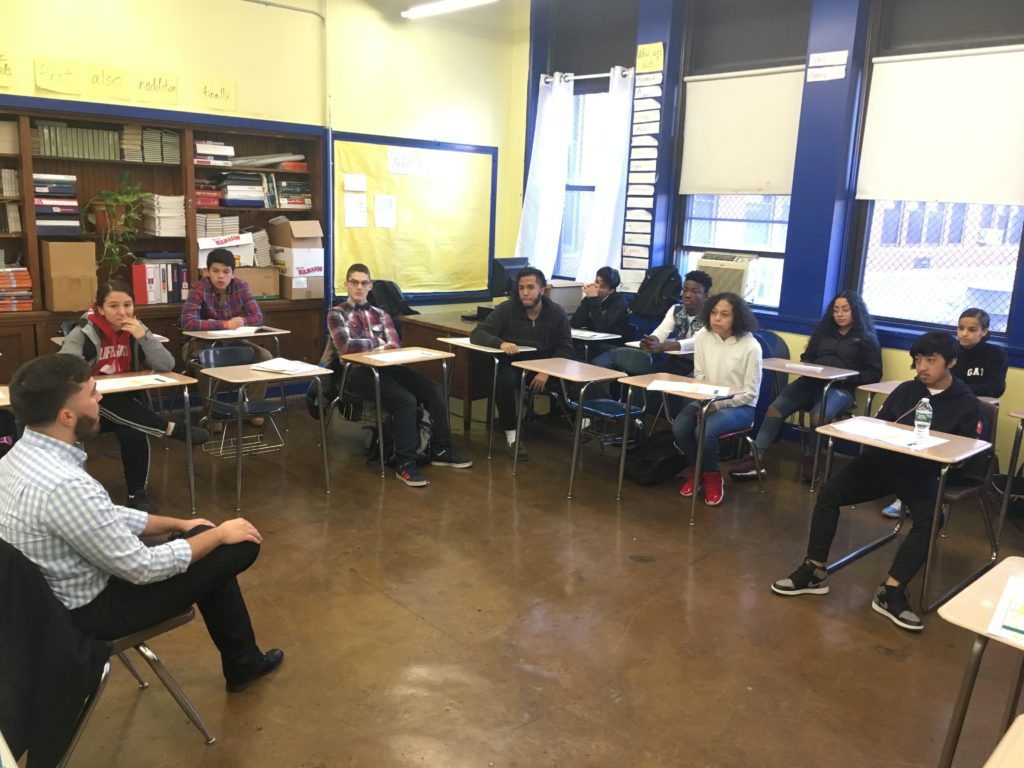 Jason shares his personal story, from growing up in a dysfunctional family and living in an apartment with his brothers when he was in high school to enrolling in college and working at one of Providence’s biggest law firms.

Jason spoke about his present goals.

“I want to help Providence be a better place

by serving all its citizens.  This is why I ran for City Council and will probably run again in the next election.   I learned a lot in my election defeat which I plan to serve me to win the next election.”   Jason also spoke about getting ready for college.  “Mr Cronin told me about his recent conversation with 2018 Hope High graduate, Sara Jackson, now a freshman at Providence College.  Mr Cronin and I have also talked about Marta Aparicio’s similar experience as a freshman at Georgetown University in Washington, D.C.

Like Marta, Sara and many other Hope graduates, I was not prepared for the academic challenges of Rhode Island College my first semester.

I encourage you all to

read and write MORE, NOW, so you’ll be prepared

for the assignments your college professors will give you.   College is a lot different from high school.”

Jason also spoke about other life experiences where

perseverance, honesty, empathy and a strong network of successful people

have represented the Jason Roias brand which have and will hopefully continue to serve him as he pursues his aspirations for success. 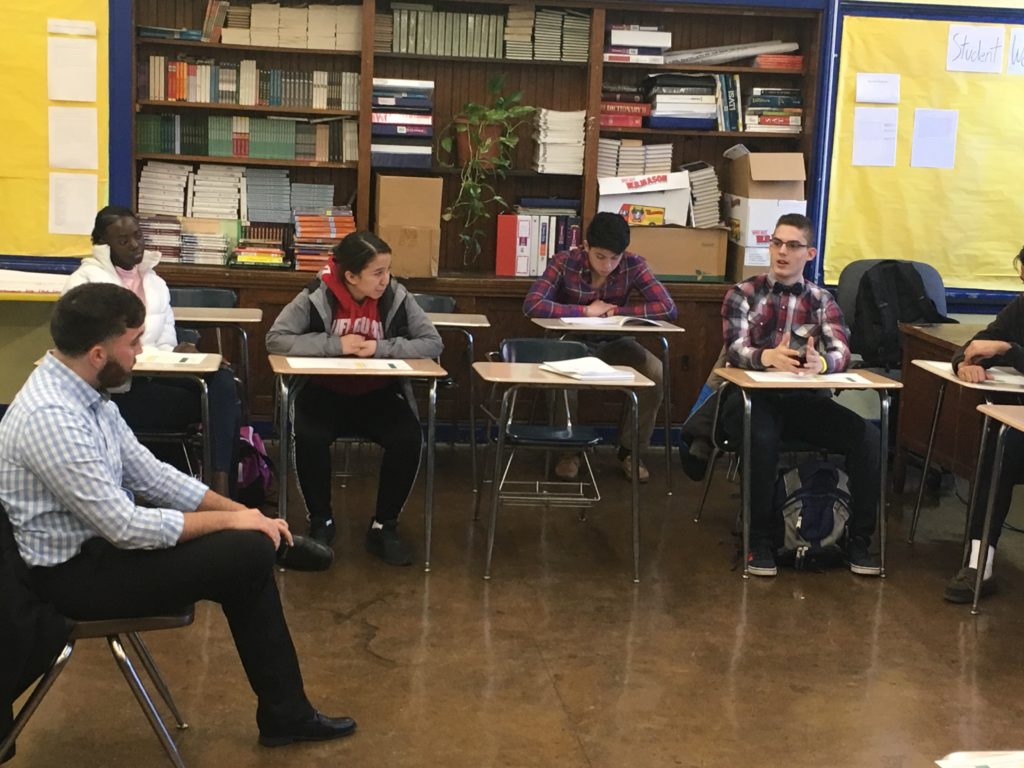 Kevin Torres asks Jason a question during the Q&A portion of his visit. 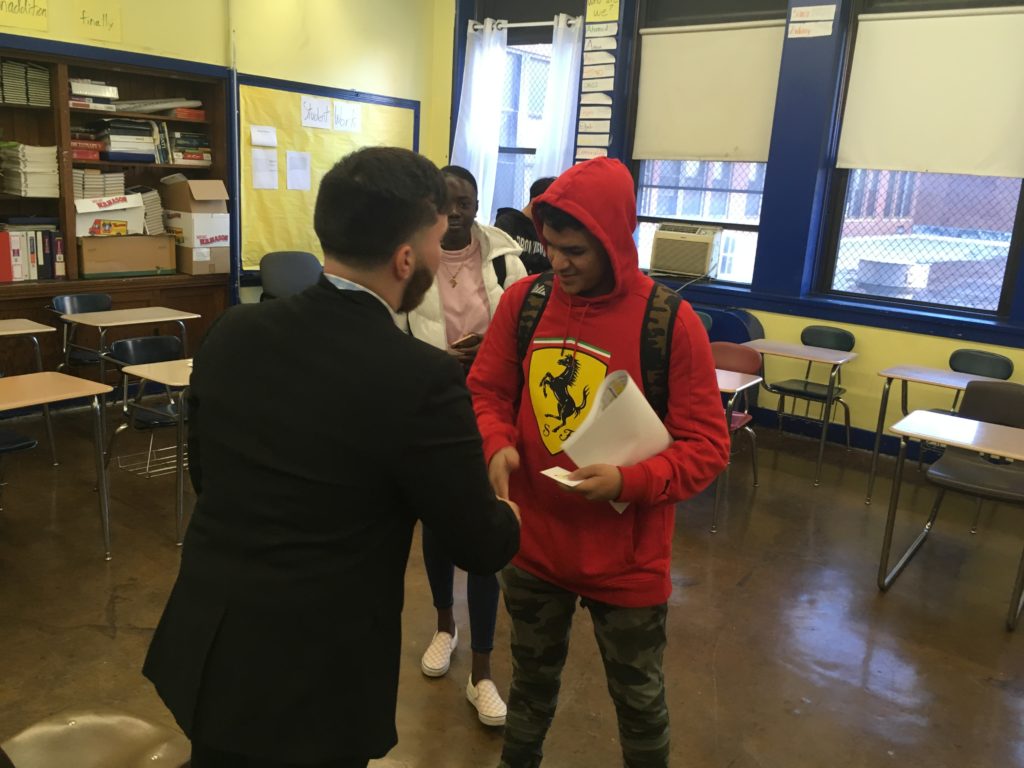 Jose Quintanilla exchanges business cards with Jason at the end of class. 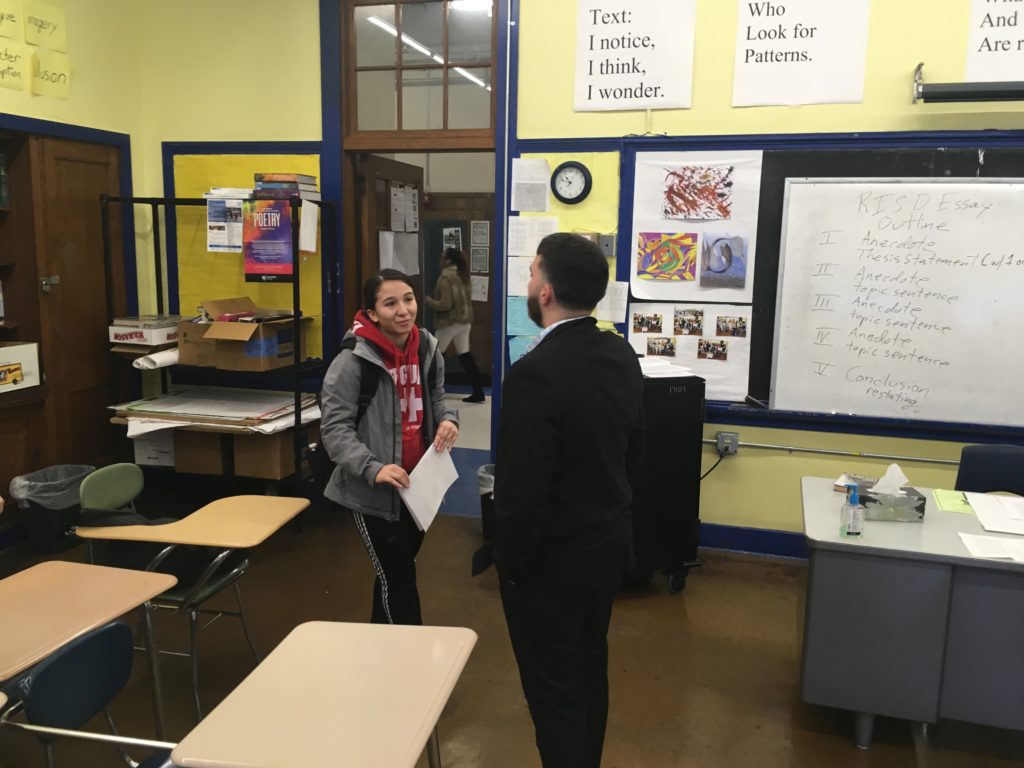