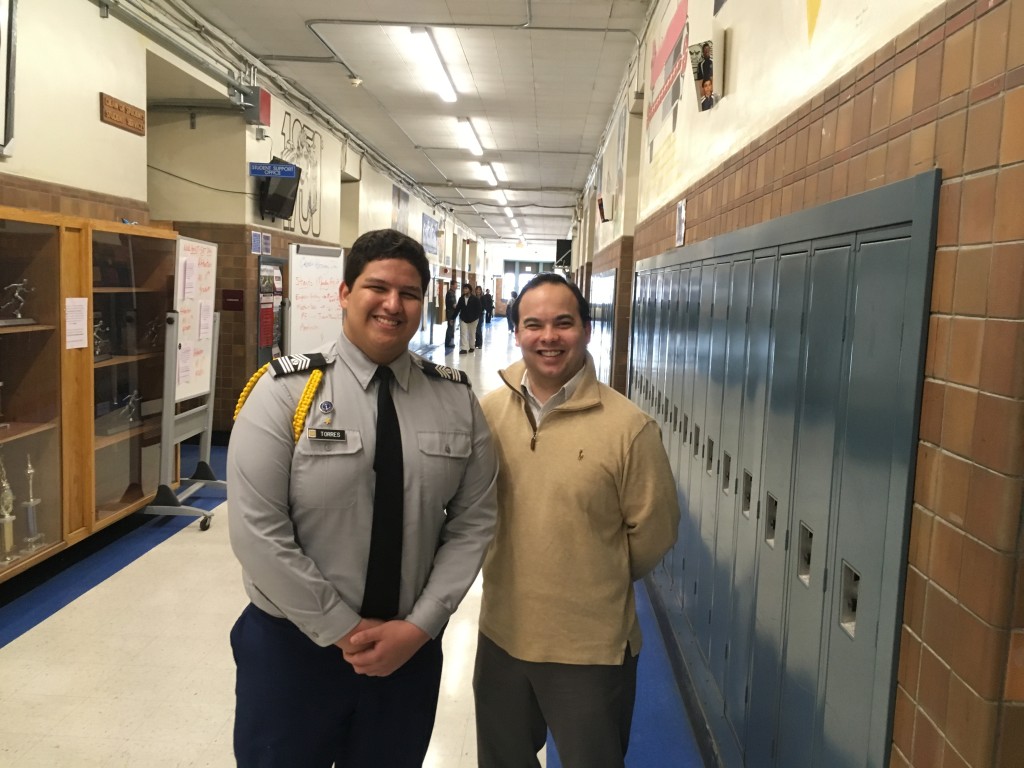 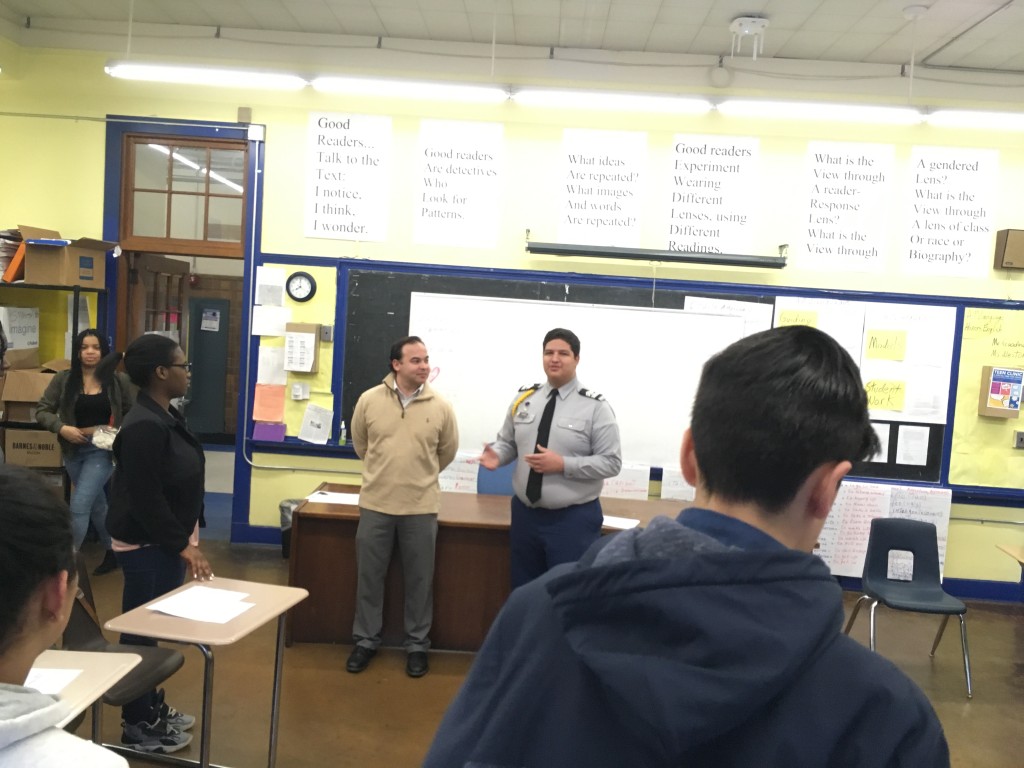 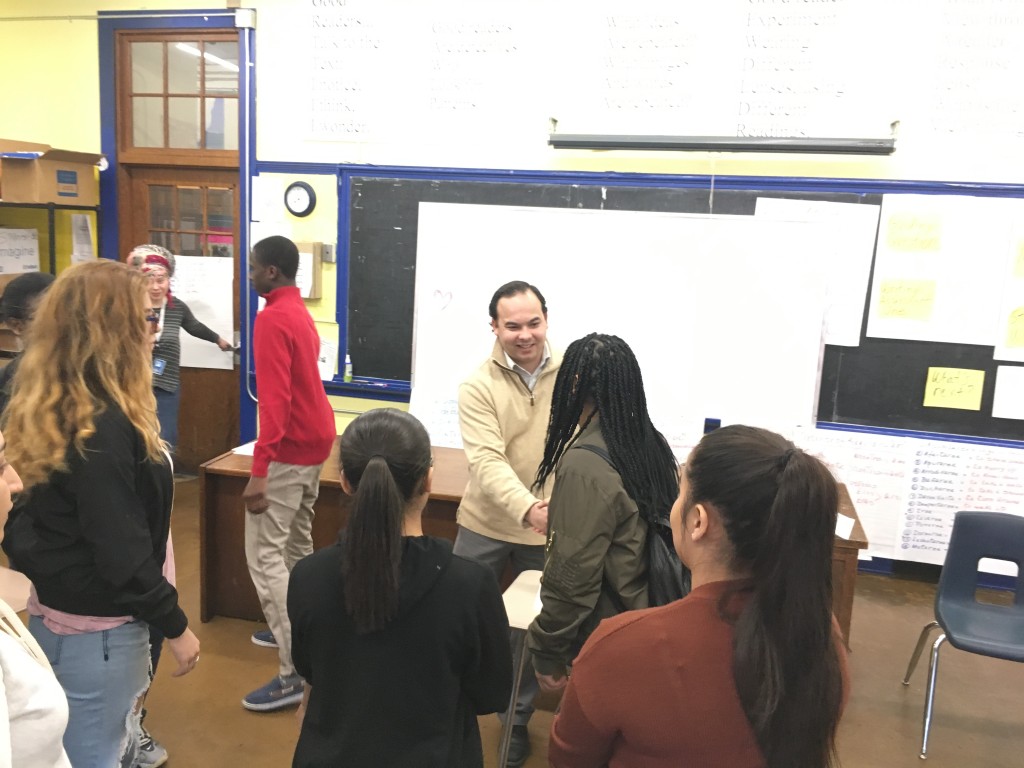 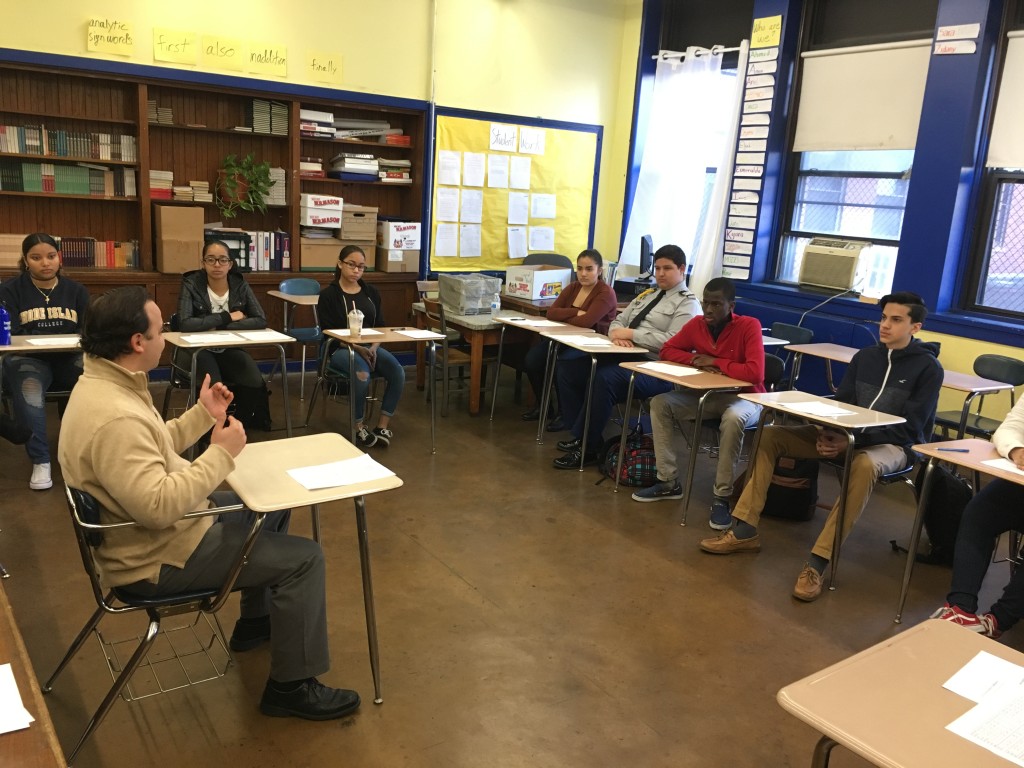 Derek begins his story of success

finding a job that we look forward to every day, doesn’t happen quickly or easily”

Derek said at the beginning of his personal story.   “After several months in my first job, I realized I couldn’t see myself doing it for long. I didn’t like it.  So, I thought about what I really wanted to do and I realized I liked coaching baseball.  I reached out to a few people in my network who proceeded to get me an opportunity for my first coaching job. 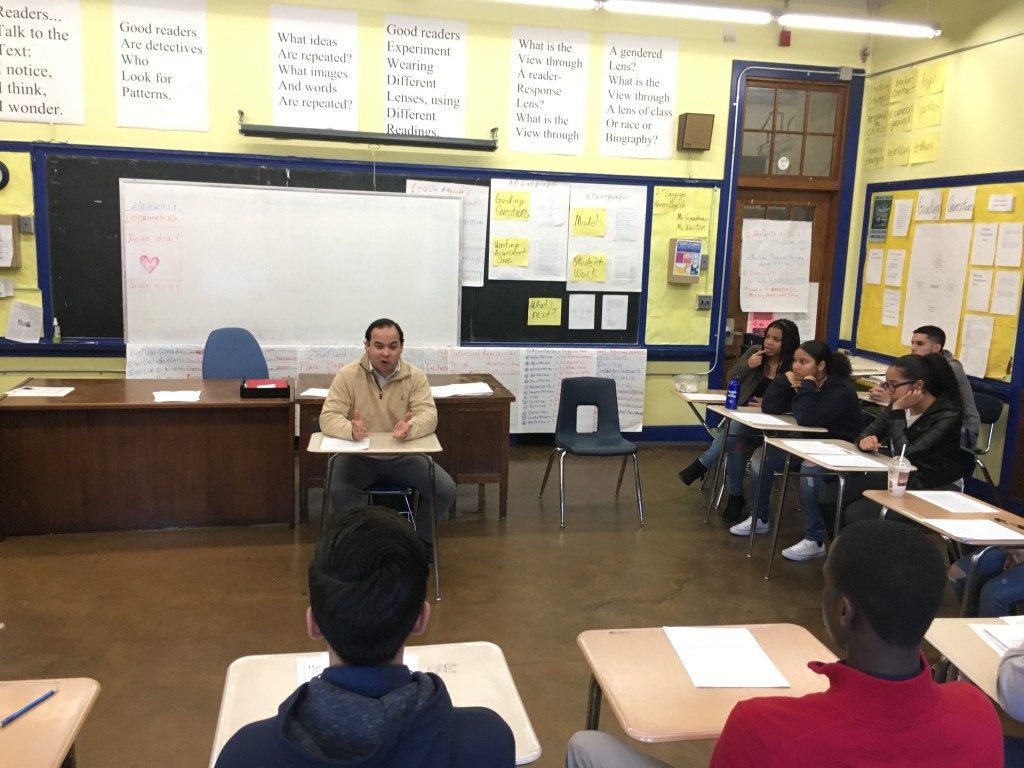 Derek spoke about a series of coaching jobs in different parts of the United States.  He found himself working in a job he looked forward to every day.  And, then, he encountered adversity.  “One day, the College in Iowa where I was coaching eliminated my coaching position.  I was out of a job!”  Derek then spoke about dealing with adversity.  He informed the class that people frequently confront adversity, failure and hardship during their lives.  Derek acknowledged he faced the challenge of losing a good job;  it wasn’t anticipated nor easy to deal with.  “Adversity provides lessons.

Adversity can  make you better and stronger.   It can also open new doors of opportunity.

It did for me!

Once again, I contacted people in my network and they told me the Athletic Director’s position at Bristol Community College was open.  I applied and find myself in

a new job I never considered and love going to work everyday.”

Derek finished his story by speaking about the

benefits of his first internship.

“You don’t always make a lot of money but you learn valuable lessons which can affect your career plans.   An internship can reveal what you like and don’t like for a job.  One of the best lessons I learned in an early internship was I couldn’t see myself doing this kind of job for the rest of my life.   I decided to look in a different direction.“

When the bell rang to end the class, Derek stayed to network with a few students,

to add each other to their personal networks. 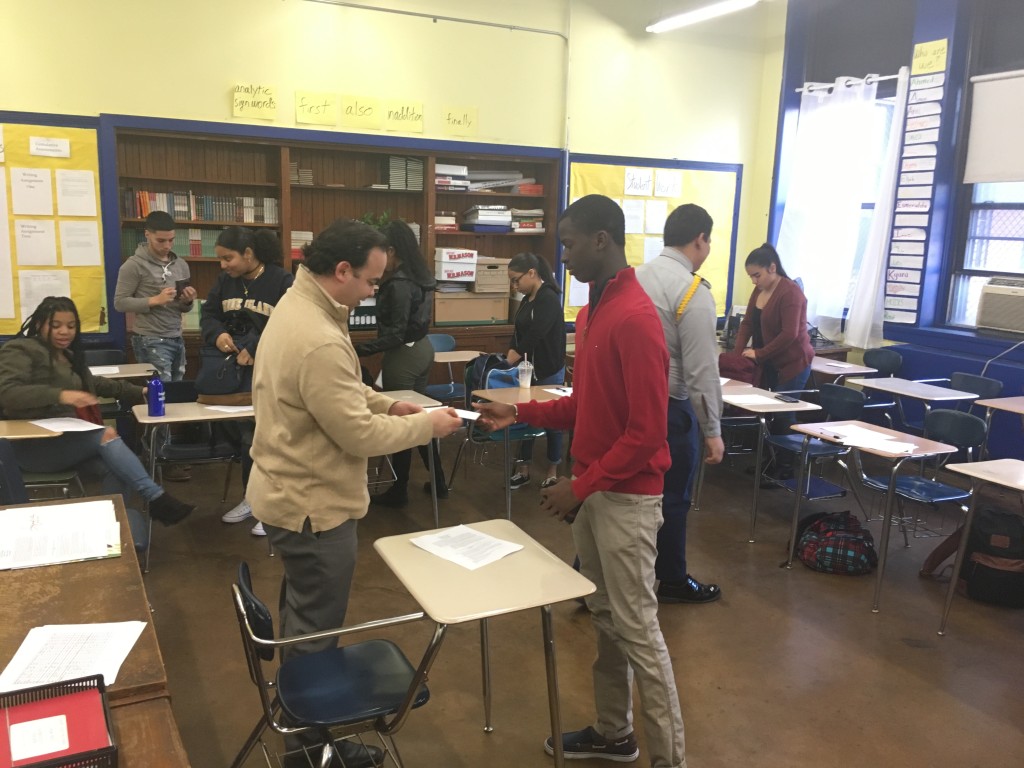 Mohamadou Mbaye exchanges business cards with Derek at the end of today’s class.