Today’s guest was Misty Delgado, an Attorney at the Rhode Island Center for Justice.   Our host for today’s class who welcomed Misty to Hope High and introduced her to the Life Skills class was Ayobami Bankole. 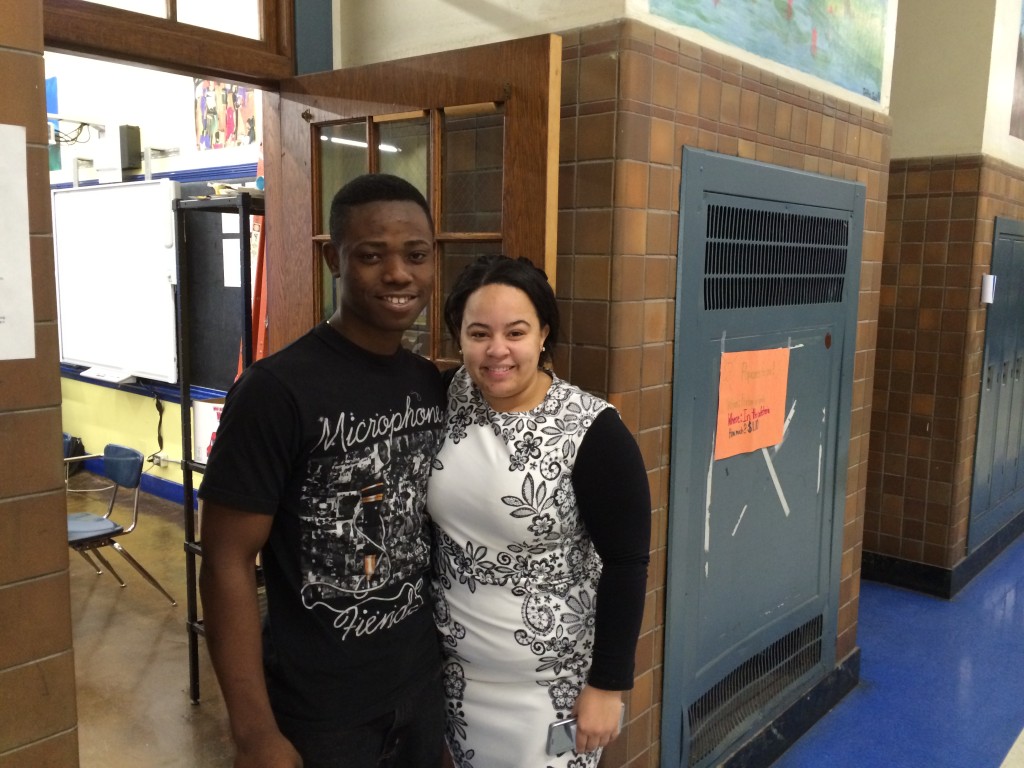 Ayobami (left) and Misty before the Life Skills class 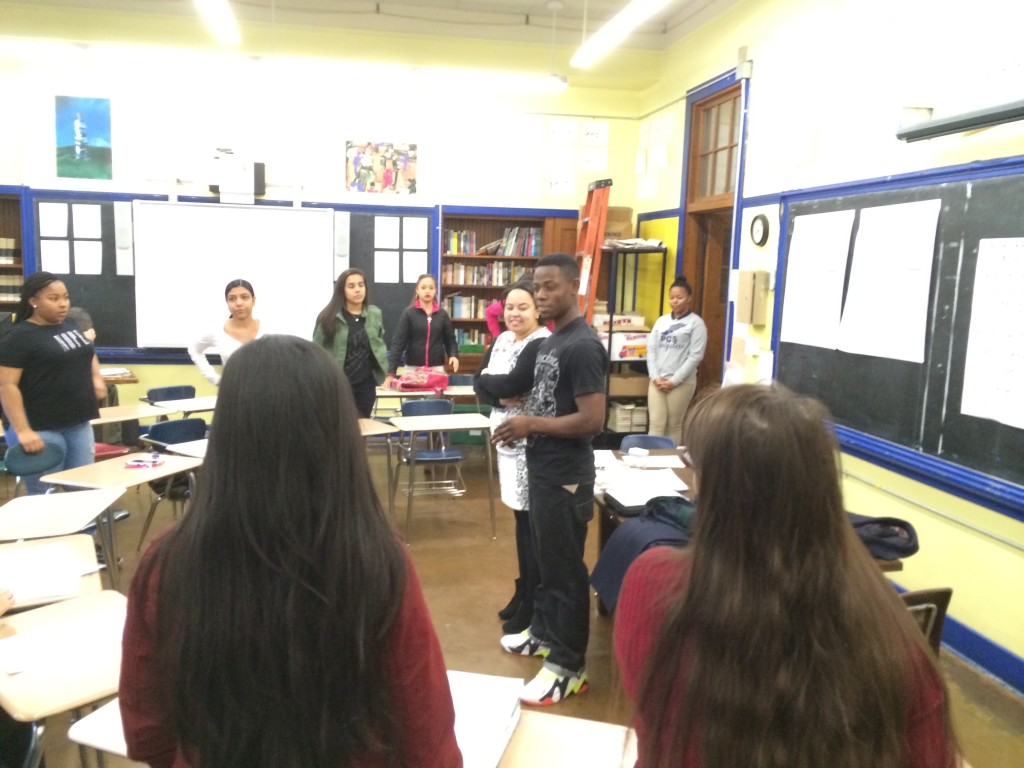 “I certainly took the path less traveled, you might say the more challenging route to success” Misty explained.

“I was a runaway and a high school dropout.

I was a child in a dysfunctional family.  I was in the DCYF system. I became a parent in my freshman year of high school. Then, one day in a high school class, I listened to a guest speaker named Richard Rose, an attorney, and followed up with him after class.  That day I started building

my personal network and, fortunately, Mr Rose chose to be part of it.

Richard Rose’s addition to my network changed my life.” 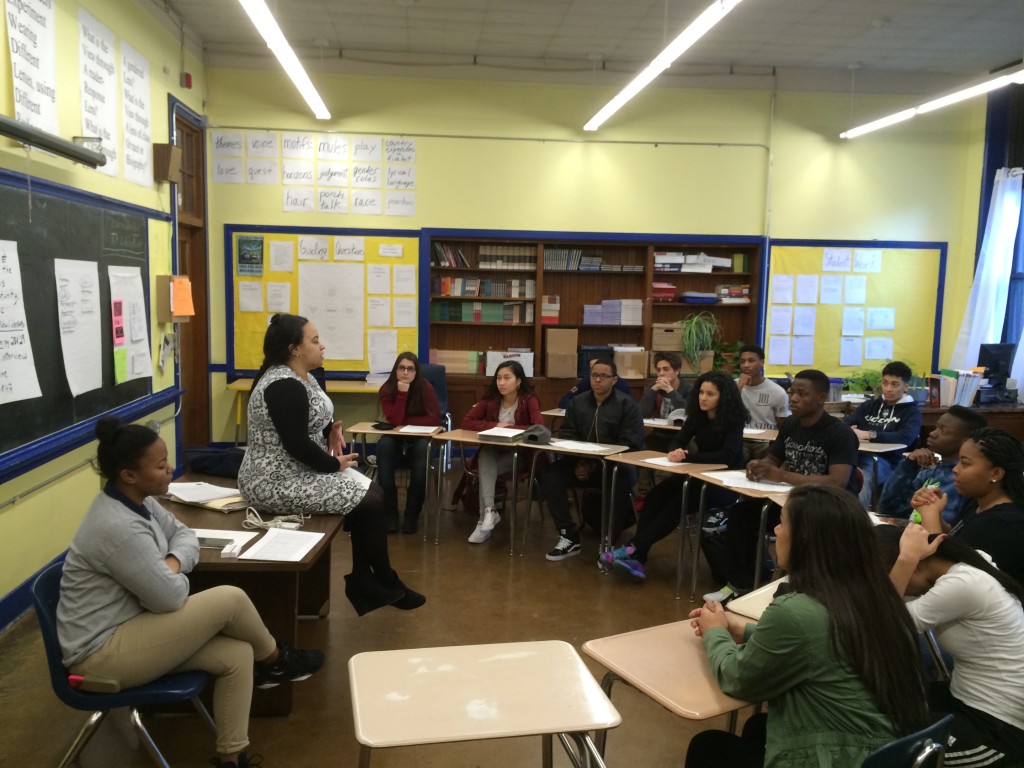 Misty Delgado, with her daughter Mahogany sitting to her left, shares her story with the Life Skills class.

Misty explained the importance of networking and identifying people you can “trust“.

Networking gets you the meeting or the interview.

Networking doesn’t guarantee you the job or internship.  Your brand does and how well you tell your story.

You keep the job or internship by performing well and consistently doing what people expect of you!”  Misty spoke about the challenges of having a job and going to school at the same time.  “And, being a single parent to my daughter too!  It was hard but

I decided it had to get done and I did it!“

Misty concluded her story by saying everyone has some kind of challenge at some time during their life.  The challenge to everyone is ‘do you have the will power, the courage, the strength to do it?’    And,

The class ended with the scheduled networking session as students exchanged business cards with Misty and hopefully added her to their network. 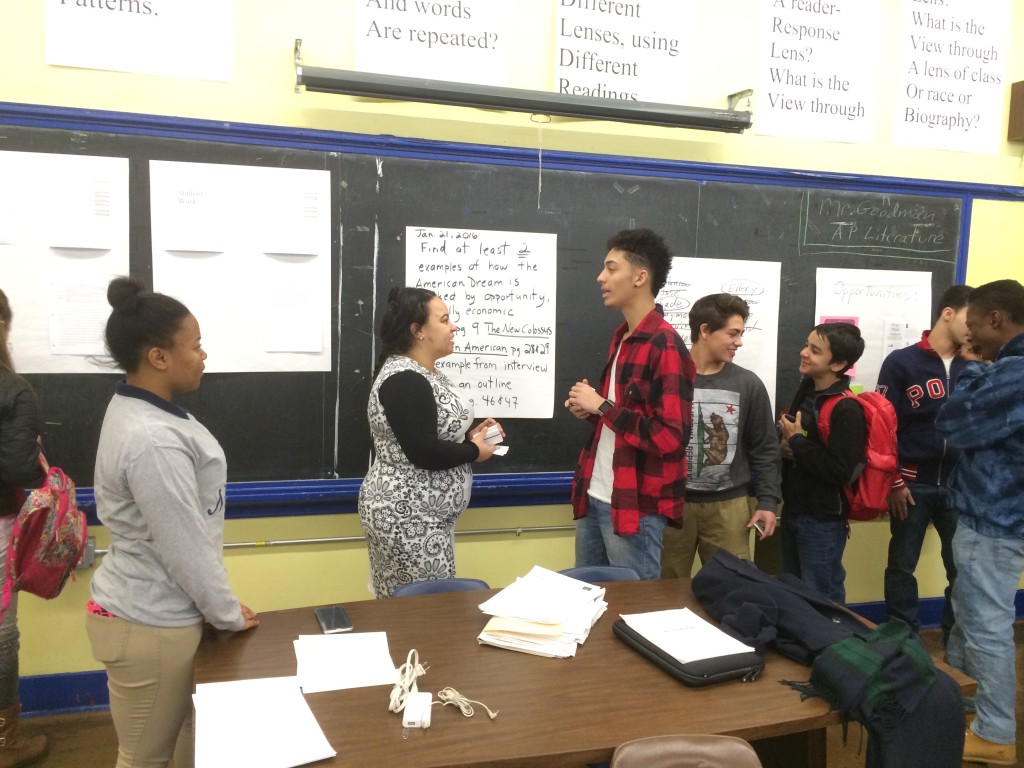