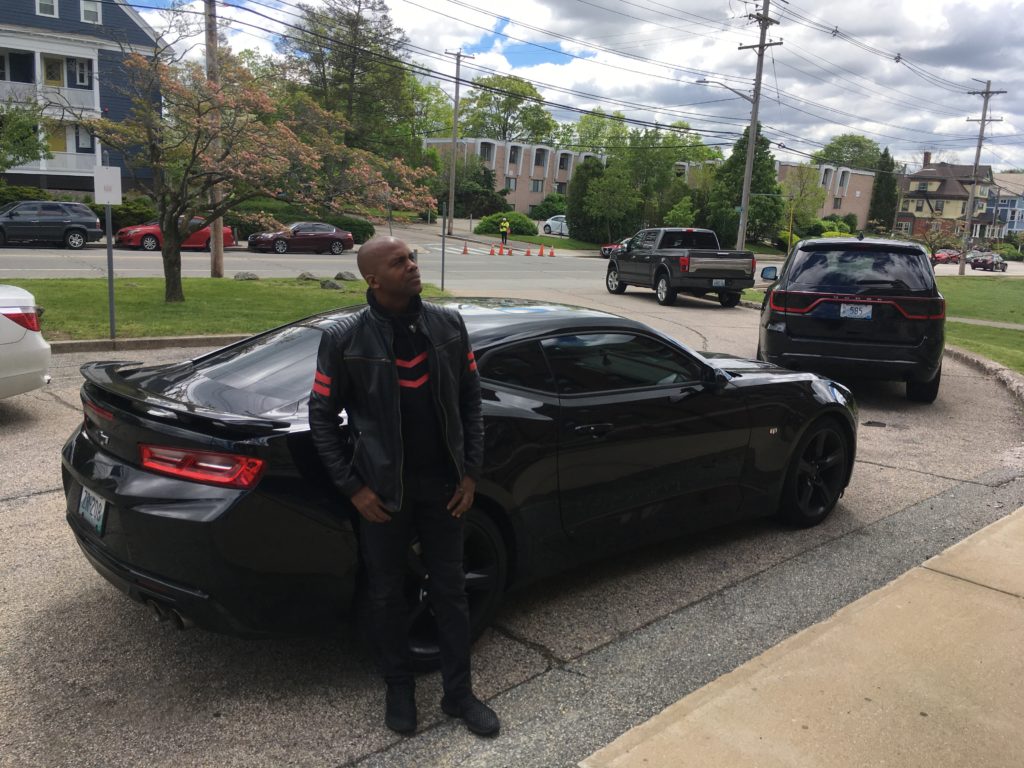 Arnell stands beside his super-hero car upon arriving at Hope High today. Upon leaving the building after class and approaching his car, Arnell simply said “START” and the car started.

Our Life Skills host who welcomed Arnell to the Life Skills class today was Kevin Torres.

Kevin Torres introduces Arnell to his classmates at the beginning of today’s class. 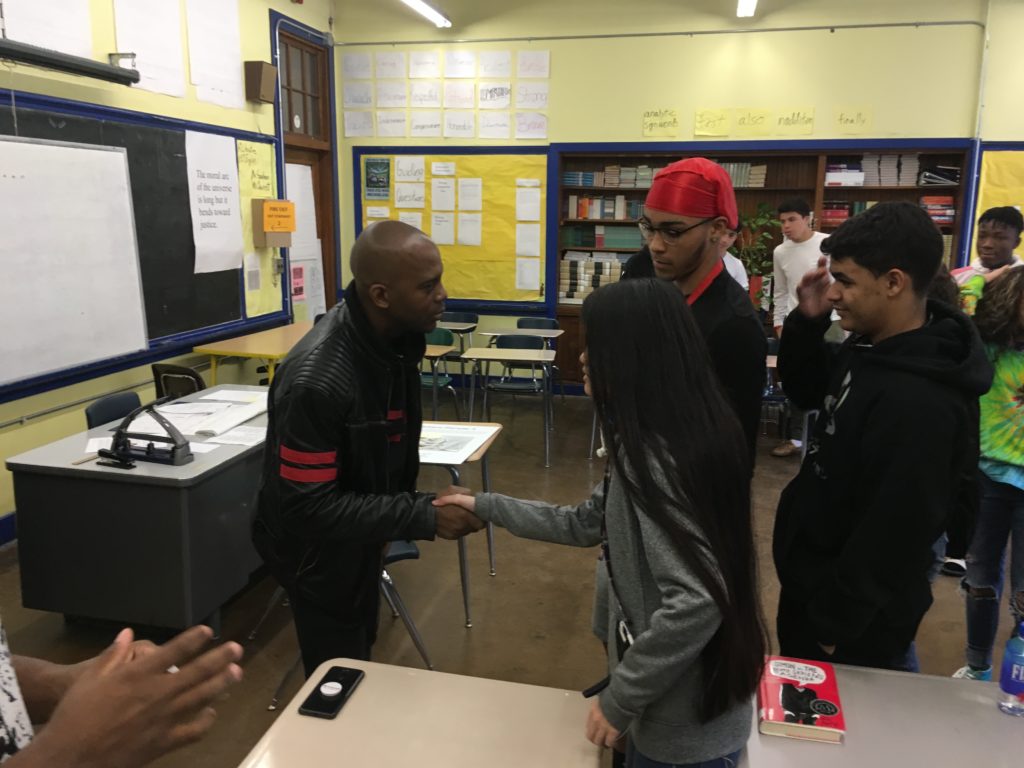 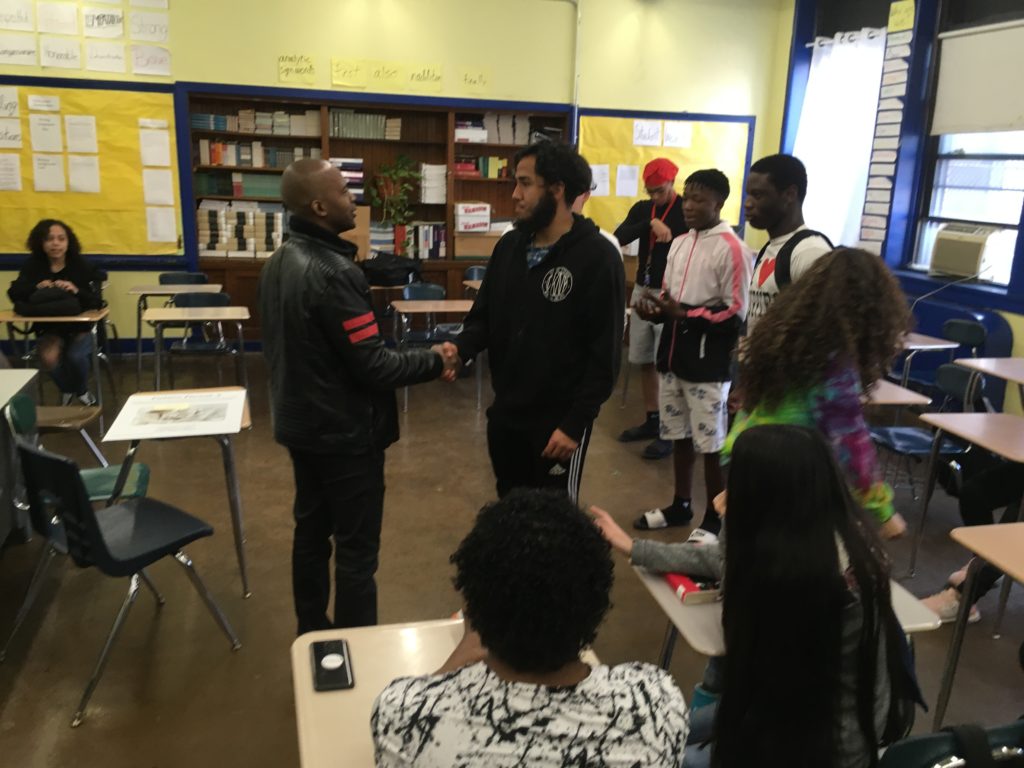 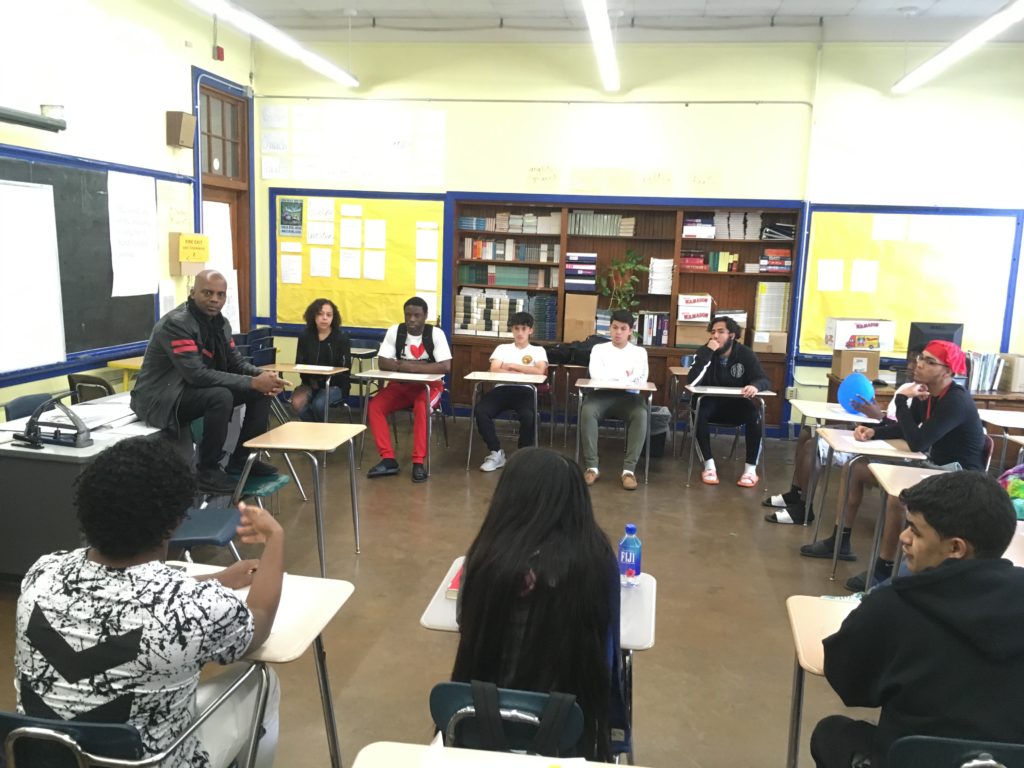 Arnell begins to share his personal story, from his impoverished childhood in Roxbury, Massachusetts, to his middle and high school years living in an affluent community on Cape Cod, Massachusetts to his success as a computer science major and blossoming entrepreneur at Johnson & Wales University. 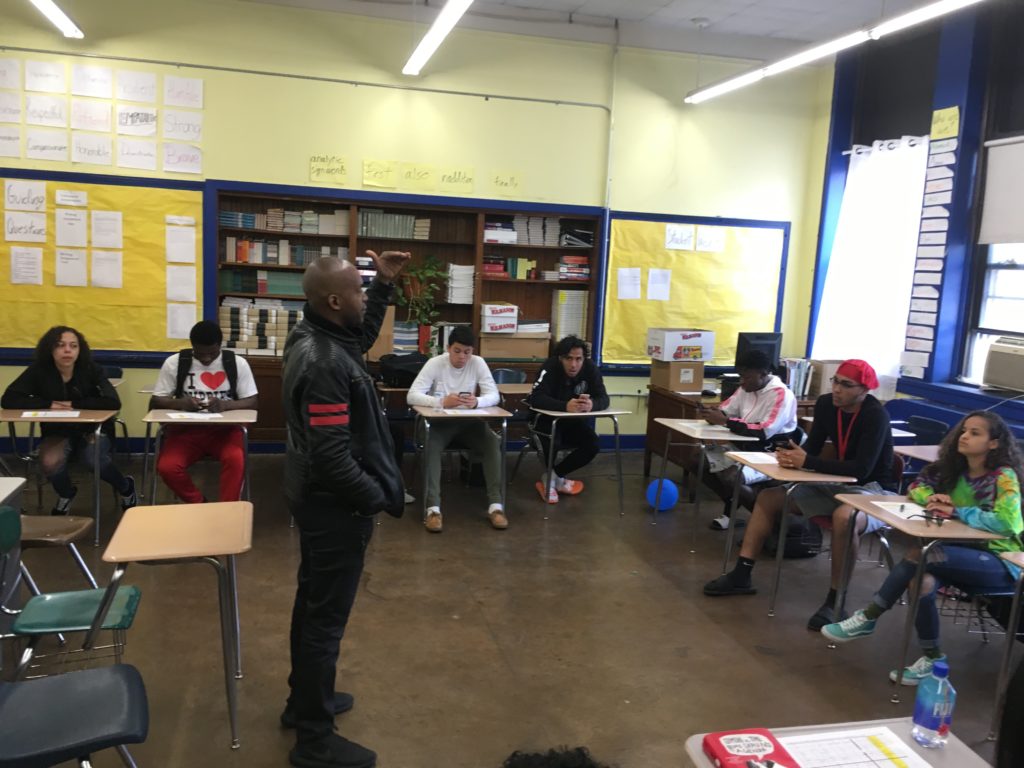 Arnell challenged the Life Skills students to push out of their comfort zone.   Arnell used the metaphor of the predator at the top of the food chain.  “Be at the top of the ‘food chain’ pyramid.  Be the dominant, take charge, person.  Hang out with the right people. I can’t believe all the people still walking the Hope High corridors while we’re in class.  Come on!  You can be better than them.  Develop your brain power by focusing on your future and reading and studying more!”  Arnell finished by encouraging the students to apply for one of his paid, summer internships. 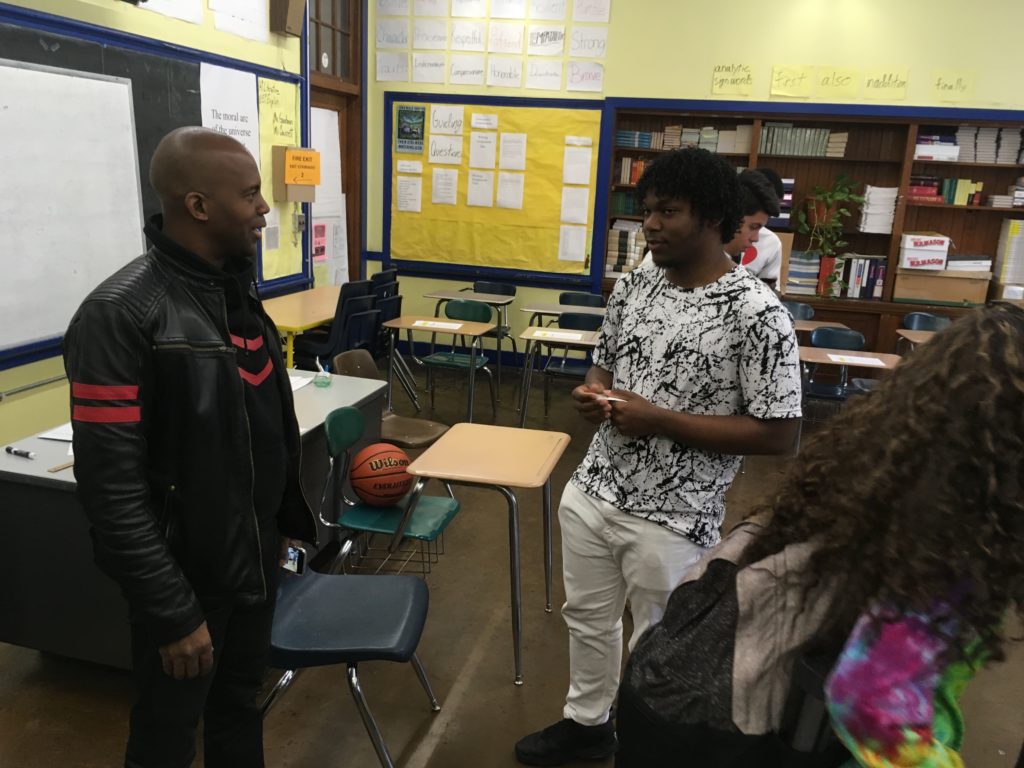 Robert Desilets exchanges business cards with Arnell at the end of today’s class. 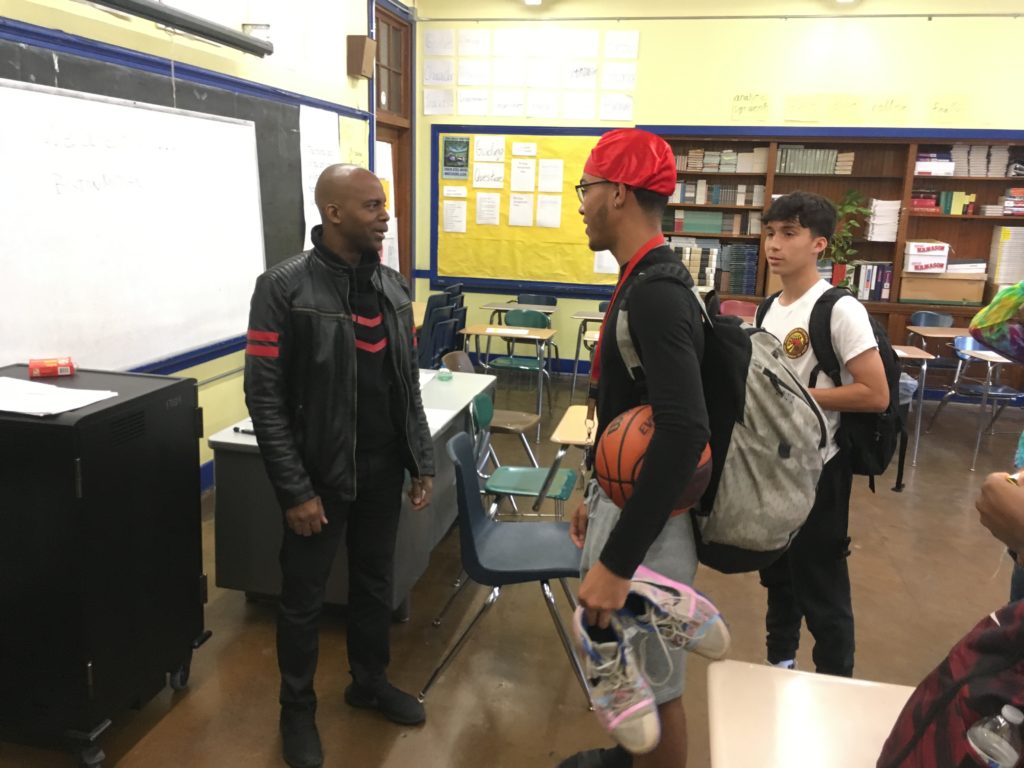 David Navarez thanks Arnell for coming to today’s Life Skills class and sharing his inspiring story with him. 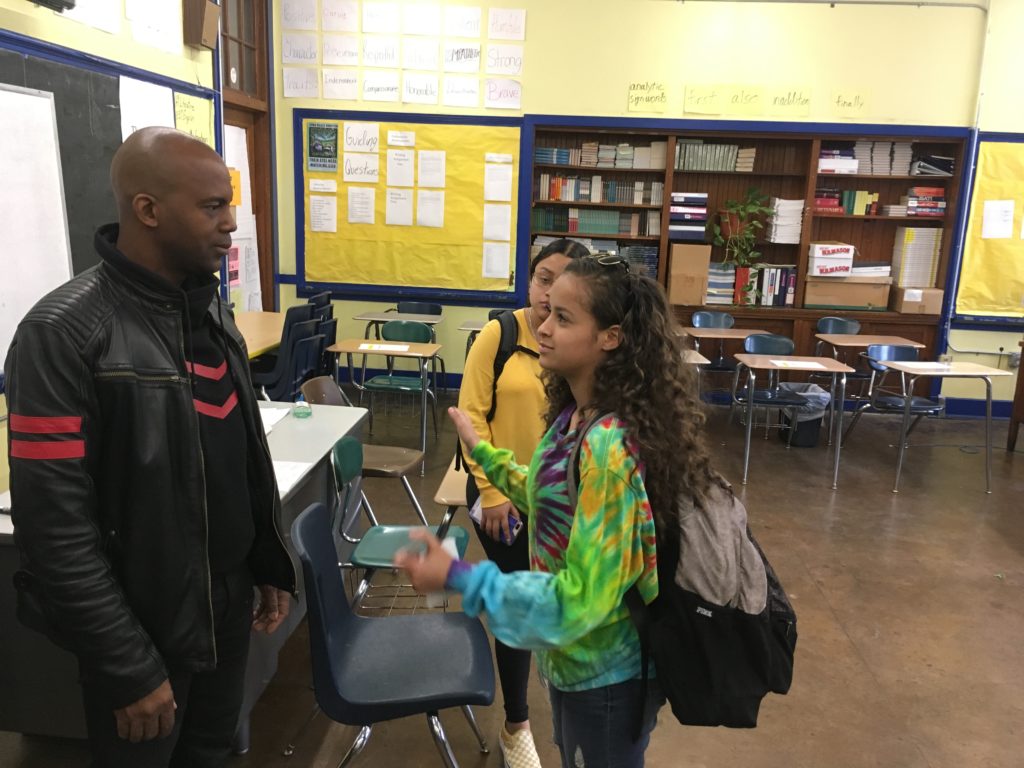 Lisbet Gomez asks Arnell if she is fortunate to be awarded one of Arnell’s internships, will she still be able to represent the Hope High Life Skills class at this summer’s 5 day National Youth Leadership Forum in Washington, D.C.   “Congratulations, Lisbet, and of course you can!” Arnell said.

Ayo Onajide exchanges business cards with Arnell at the end of today’s class. 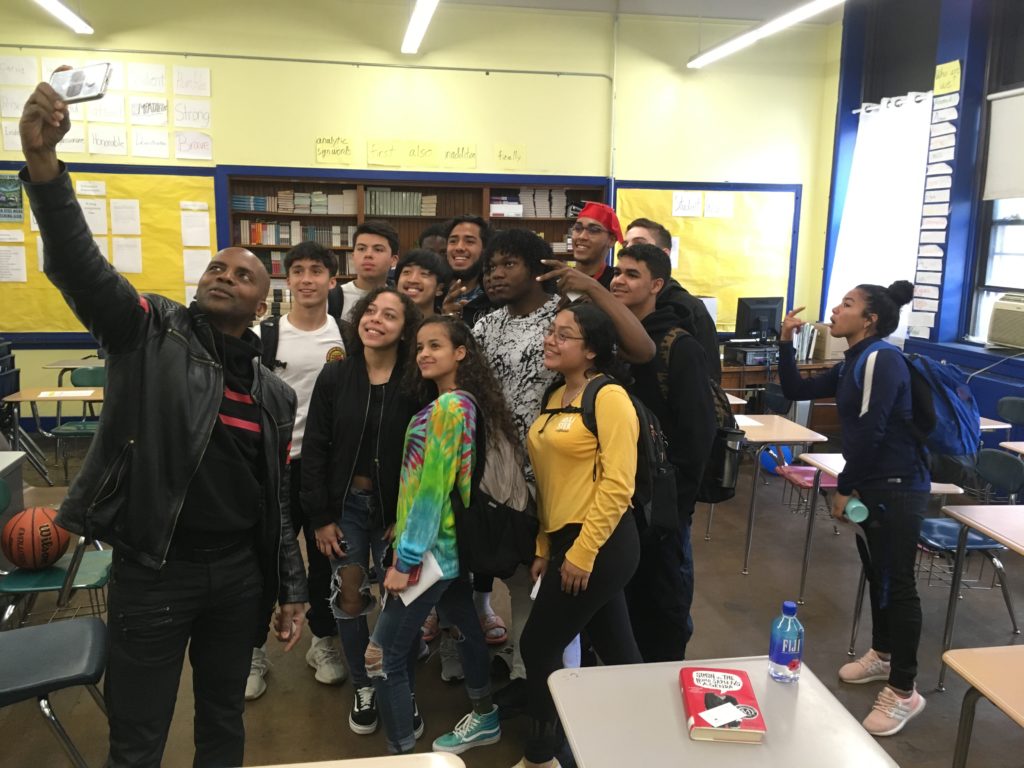