who welcomed Randy to Hope High School and introduced him to the entire Life Skills class.

Mohamadou welcomes Randy Martinez to Hope Life Skills outside Room 112 prior to the start of class. 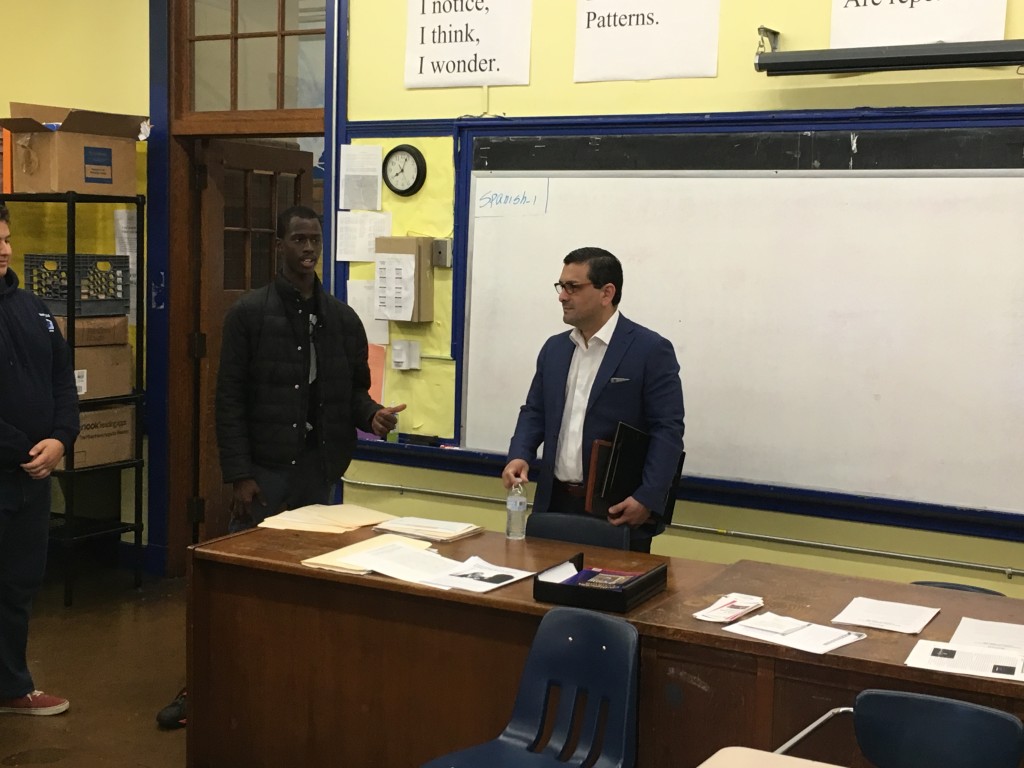 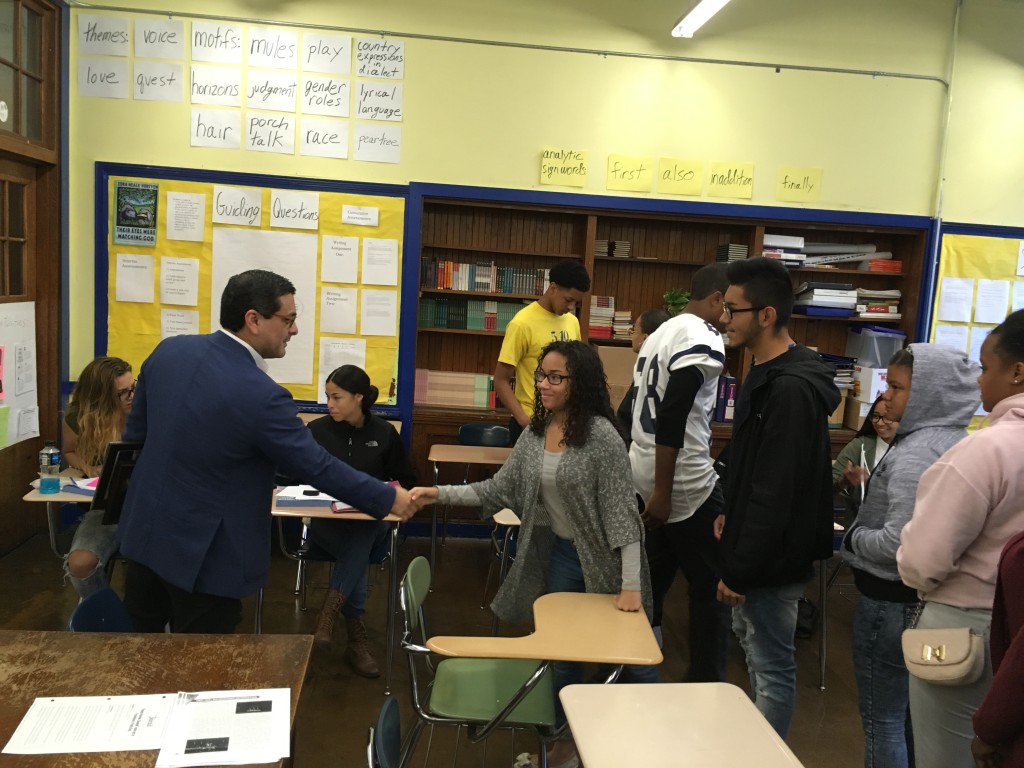 “I was born into a military family.  We moved a lot!   And, to cities that often had little in common with each other, from Los Angeles, California to Mobile, Alabama” Randy said.  “Constant

moving meant enrolling in new schools.  This forced me to get out of my comfort zone.

I was continually introducing myself to new people.  As a result, I developed good networking skills which has helped me throughout my career.”

“Building good networks requires sound judgement of a person’s character and making tough decisions about the type of person you want in your network. Some of my biggest failures were affected by the type of people I was hanging around with at the time.  It took me a while to learn I

want smart people with good values in my network because they brought out the best in me. 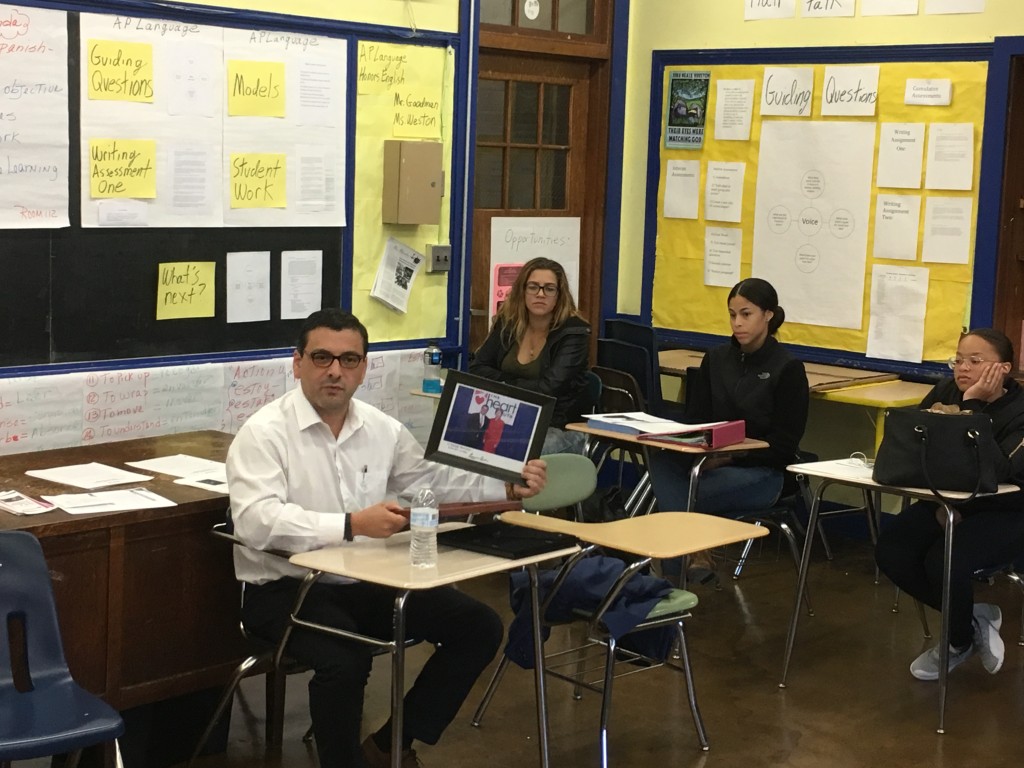 Randy shows photographs of smart people with good values in his network like First Lady Laura Bush, the wife of President George Bush. Randy shared his story of his ongoing networking with influential people at various venues in Washington, D.C. including the West Wing of the White House! 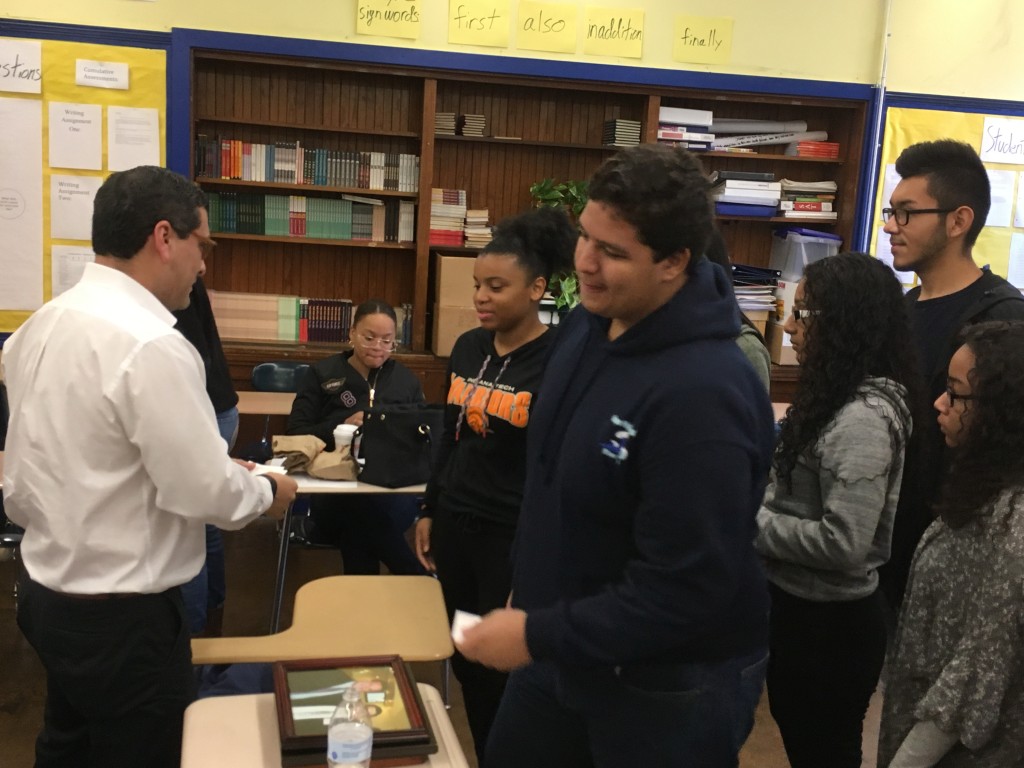 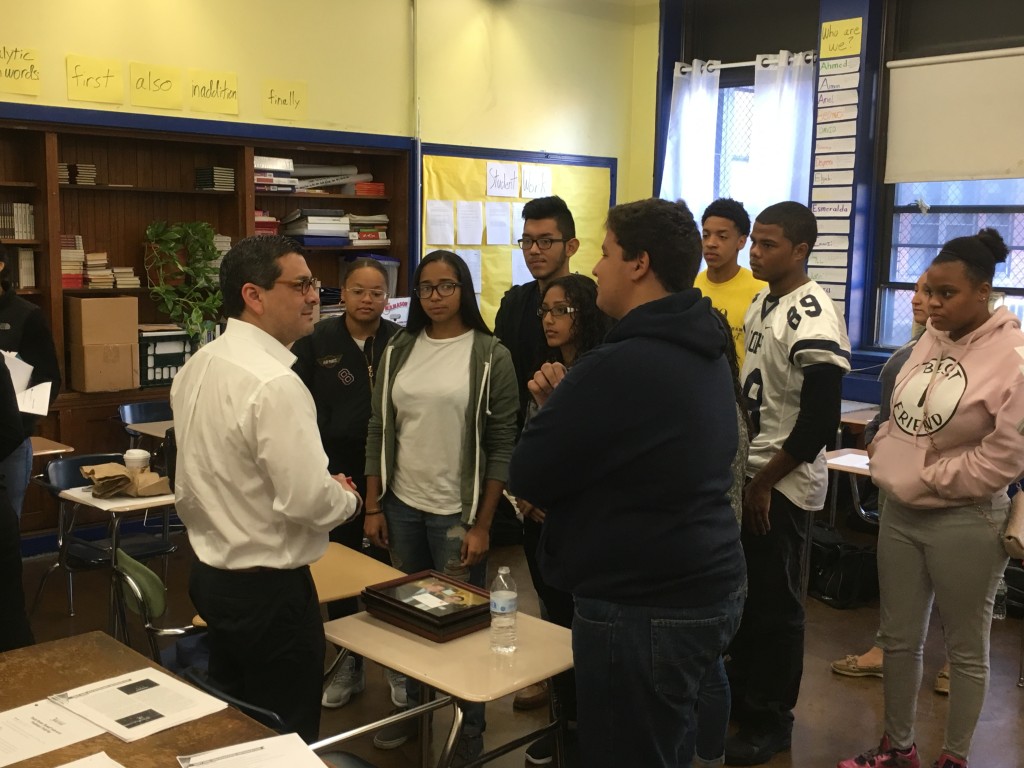 Making the most of networking time.