Randy Martinez is a Director of Diversity Strategy and Management at CVS Health.

He came to Hope High School today to speak about tough choices. 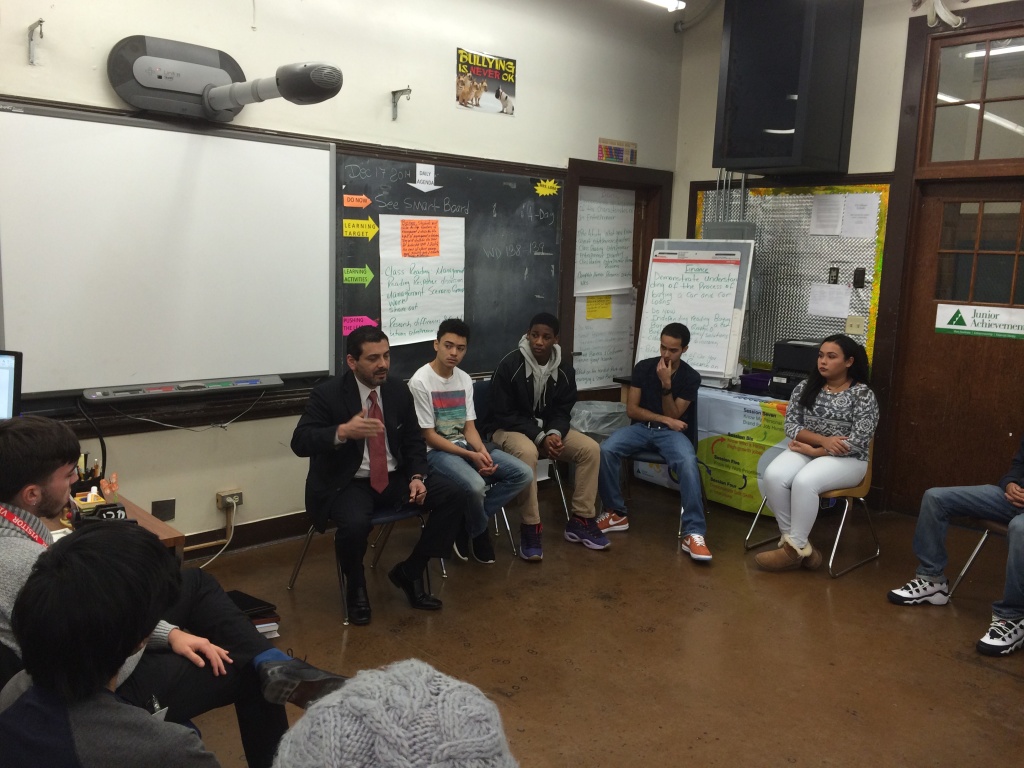 Tough choices to make sure commitments are kept and responsibilities are met.“

Randy Martinez spoke about his current role at CVS and the responsibilities and demands accompanying it.   He also explained why he recently enrolled in a highly competitive and prestigious MBA (Masters of Business Administration) program at Babson College while continuing to work as a Director at CVS.  “The amount of time I commit to my responsibilities at CVS go well beyond eight hours a day.  The amount of time added to my day, added to my week, because of my studies in the MBA program has obviously been significant.  I still hold myself accountable for the same high quality of work at CVS I’ve always done.  I have to.  There are many people depending on me.  I feel the same commitment to the MBA program.   I always want to do my best.   There’s also a lot of collaboration projects with fellow students in the MBA program and I feel a responsibility to them.  And, finally, I feel a great responsibility and appreciation for my company CVS.   They were nice enough to award me a full scholarship for the Babson MBA.  They’ve made an investment in me.  I never want to let anyone down.”

Randy spoke about his personal network of successful people.  “I network with people with the same values I have.  I look for people with character and ethics, who always do the right thing.  People who see value in education, work hard to be successful and give back to their communities.” Randy also speak about the tough choices he’s made with friends.

“Some friends I hung around with when I was younger didn’t share the same values I eventually had.  Consequently, I stopped hanging around with them.  Some got upset.

They said I was acting like I was better than them.  Told them I didn’t feel I was; it was simply they were doing some things that hurt my chances of reaching goals I set for myself.  It was hard but the right thing to do.”

The class ended with the usual networking time for students to continue the conversation with Randy, exchange business cards and asking for the opportunity to connect again in the future. 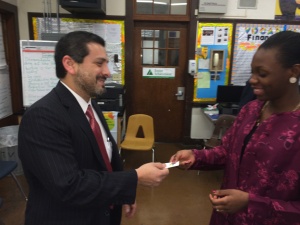 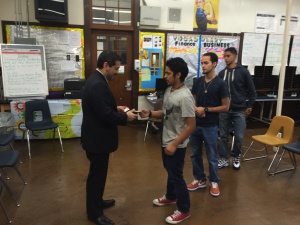 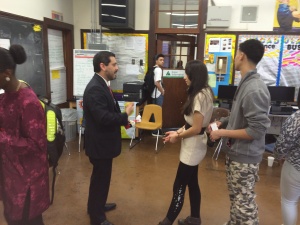 Zachary Reyes was today’s host, welcoming Randy to Hope High and introducing him to his Life Skills classmates.   It was also good to see Hope Life Skills alum, Jason Roias, visit today’s class.  Jason is the successful looking gentleman to the left of Randy in the photo below.  Jason met Randy two years ago in a Life Skills class.  Randy and Jason soon became part of each other’s network.  Both men continue to make an effort to reconnect whenever possible.  Today’s Life Skills class provided that opportunity. 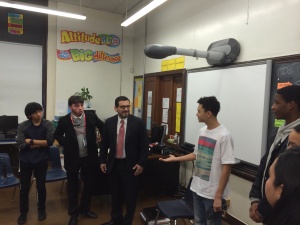