Adriana’s story was one of success and

the mistakes along the way that made it possible.

Adriana told of her upbringing in Pawtucket and Central Falls, Rhode Island in a loving, immigrant Columbian home where she didn’t speak English until 4 years old.  She told of her challenges fitting in at her elementary school and her academic success in high school.   Adriana then shared mistakes made during her freshman year in college and the lessons learned that have shaped her success to this day.   Adriana told of her academic focus at Northeastern University in Boston, her subsequent Master’s degree at Emerson College and then her success in the business world.

“My story is like many of yours” Adriana told today’s class.

“Spanish was my first language.  Fitting into a new culture, being accepted by new friends was hard.  I dreamt of a good life and worked hard to reach goals to fulfill the dream. I built networks of successful, good people and said ‘no’ to former friends heading in the opposite direction from where I wanted to be. I created a positive personal brand that created opportunities for me.

I became the person my family was proud of.  This is who I am.”  It was a story that inspired all.

As always, there was time for networking at the end of class.   I heard some students were arranging with Adriana a Boston field trip to connect with Adriana’s network at Northeastern University in Boston. 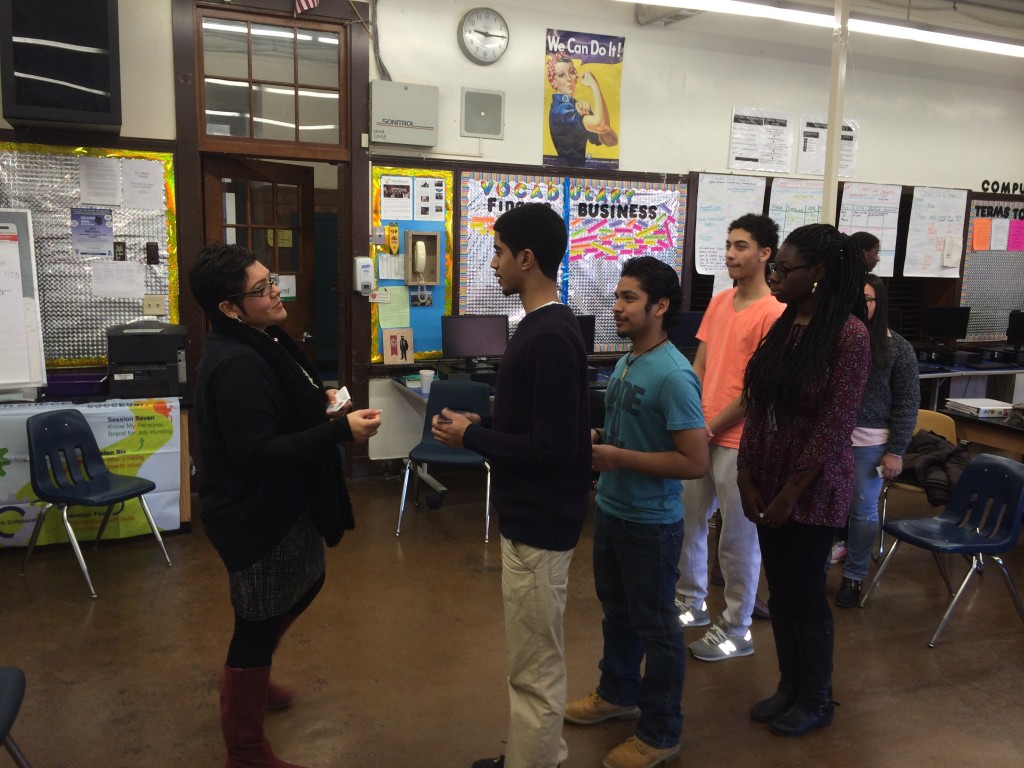 Joan Tueros (to the immediate right of Adriana), Fernando Perez (after Joan) and Jessica Dough (following Fernando) await to network with Adriana during the final few minutes of today’s class. 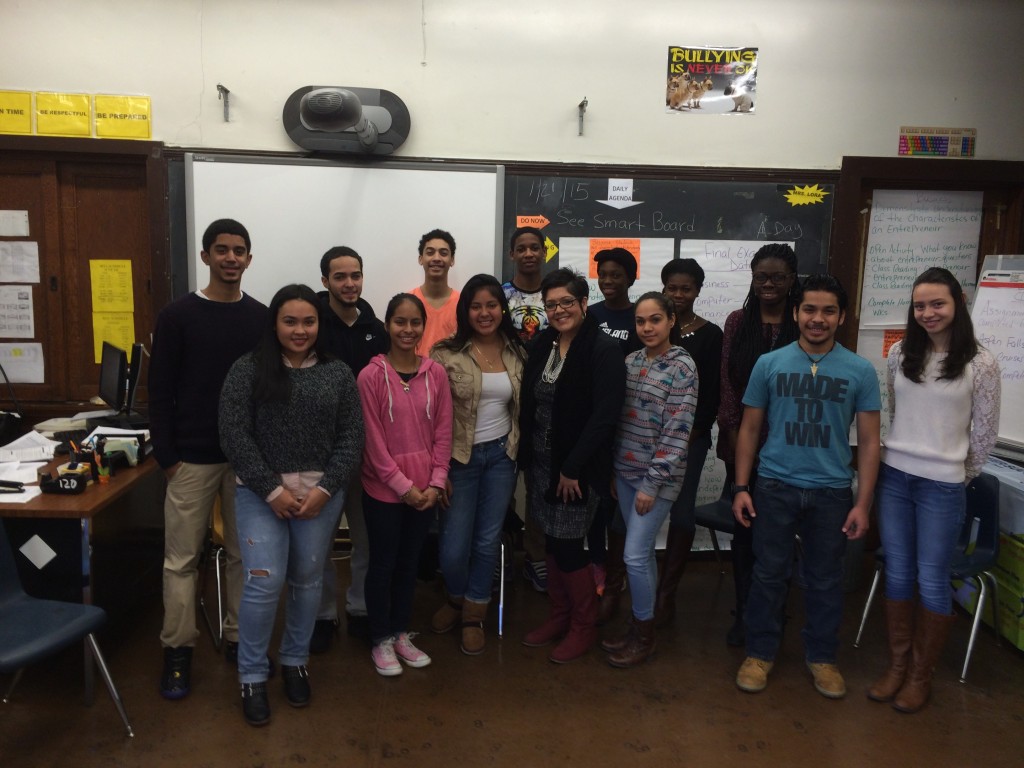