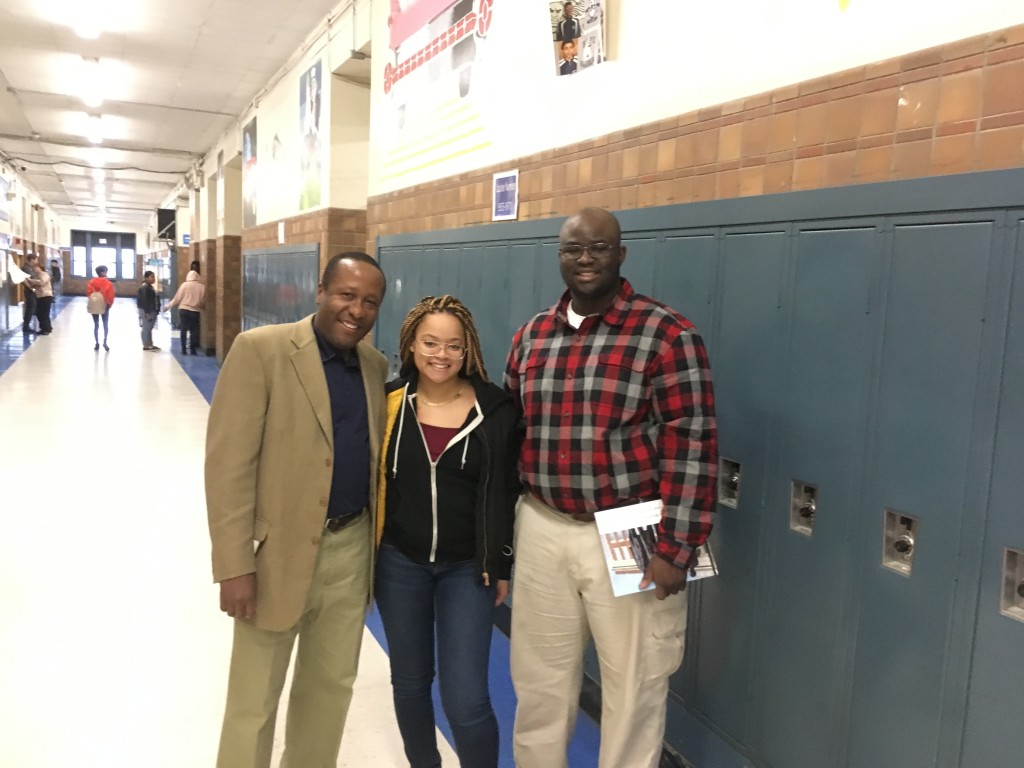 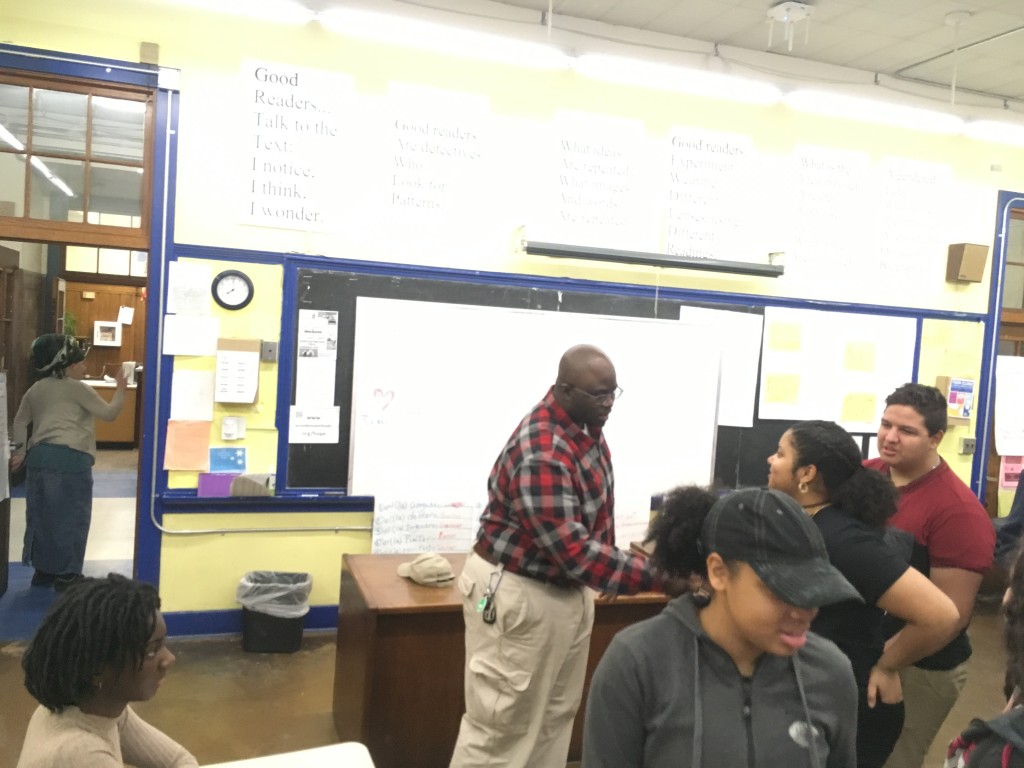 Elsch’s story began with two questions –  what is engineering?   what is the profile of a typical engineer?  The class responded impressively.  “There are a wide variety of engineers today from computer technology to construction and many in between” said Yael Torres.   The class consensus was

engineers need to be creative, good in math, conscientious and ethical.

And, they are gender neutral;  i.e. both male and female engineers. 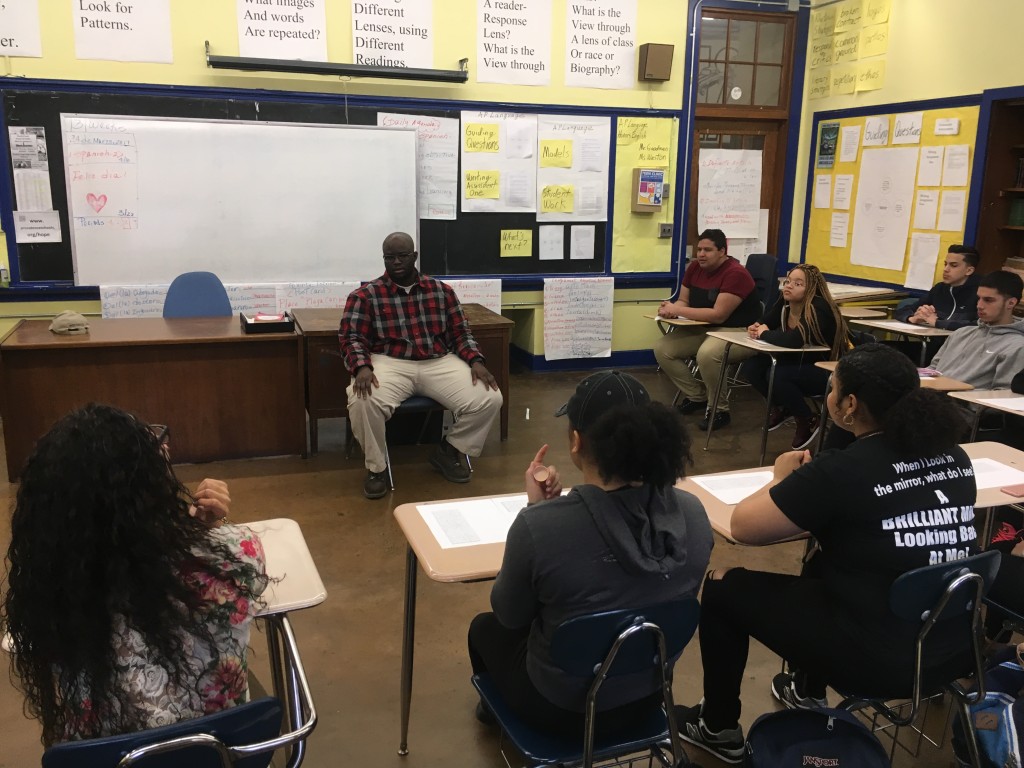 Elsch shared his personal story.  “My parents were hard working Haitian immigrants.  They instilled the importance of education in me and my siblings” he said. “While my elementary schooling was successful, middle school was a disaster.  I went to the Met and things got better.  I was fortunate to have a few internships and

was able to build a network of successful people along the way;  some became mentors.

When I enrolled in college, I thought I’d be a entrepreneur starting my own business.  I fortunately was invited to be part of a program funded by Gilbane and local universities to pay for a good part of my tuition at CCRI and then Roger Williams University in Construction Engineering.  I guess

my brand was perceived in such a way Gilbane and Roger Williams University believed it would be a wise decision to invest in me. 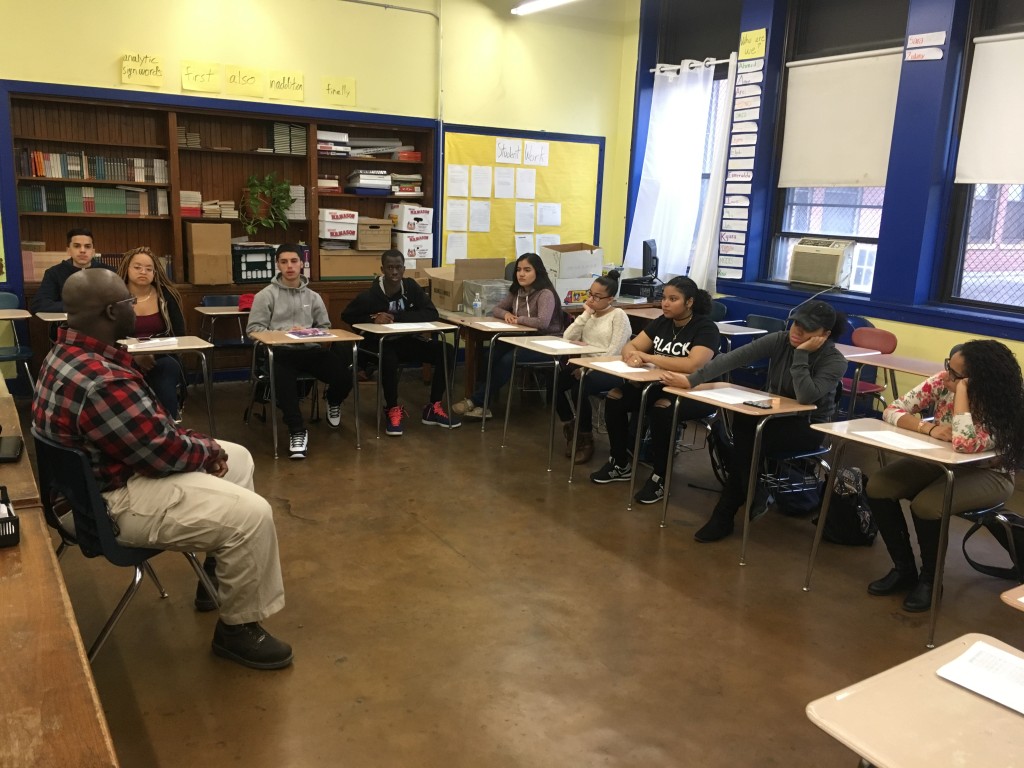 Elsch spoke about the diverse mentors in his life. “I have a few. Men, women, white and black. Diverse. I know they all care about me even though their advice is sometimes critical. Critical but always constructive“.

Elsch spoke about the importance of choosing friends and a network wisely.  He agreed with Mr Cronin “trust must be earned“.   He also informed the class of the

“Sometimes the best internship is discovering you don’t like a particular job”.

The class ended with a networking opportunity for several students to exchange business cards with Elsch to continue the conversation.  Elsch was then on his way to his nearby construction project. 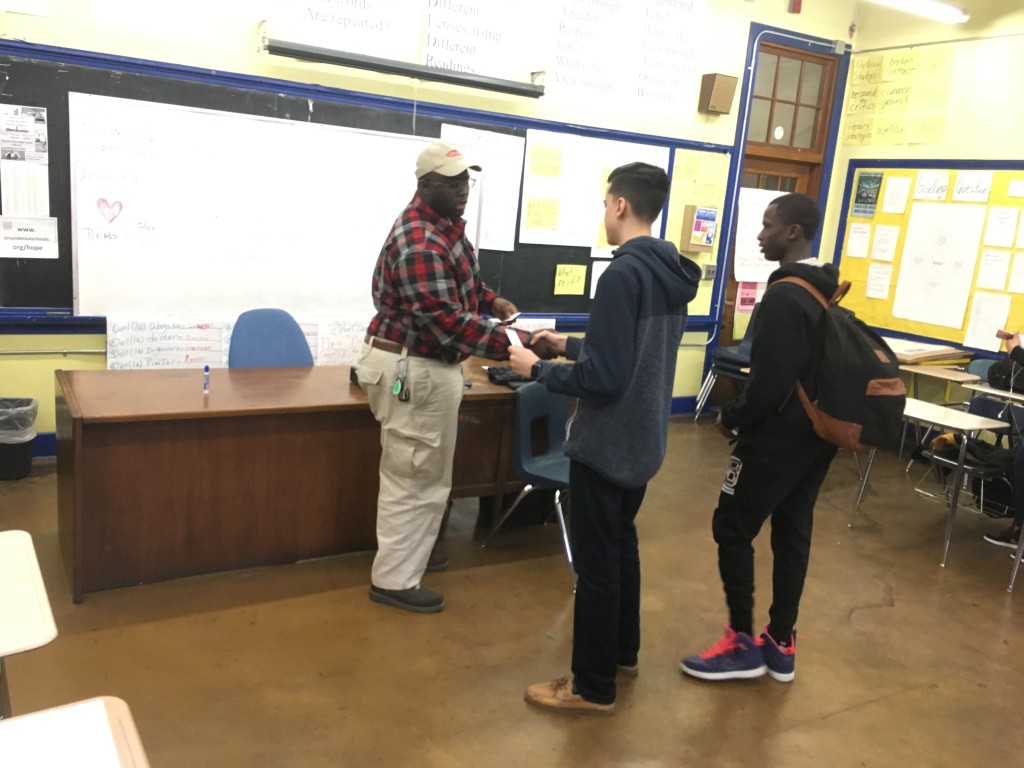 Justin Cordeiro networks with Elsch at the end of class by thanking him for his appearance and exchanging business cards. Mohamadou Mbaye awaits his turn to do the same.