Singaporean Tino Chow was today’s guest and admirably introduced to our Life Skills class by Olimpia Aldana Perez.  The class was also audited by a visiting professor of Global Studies at Suffolk University, Chad Huemme. 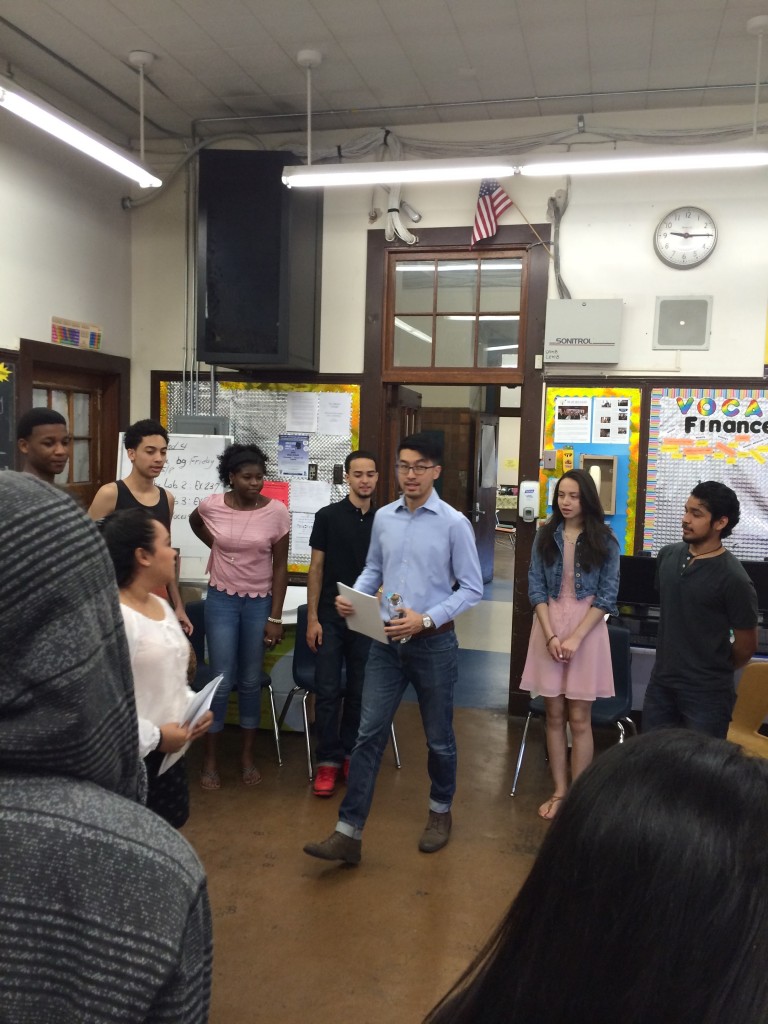 Olimpia introduces Tino to her classmates 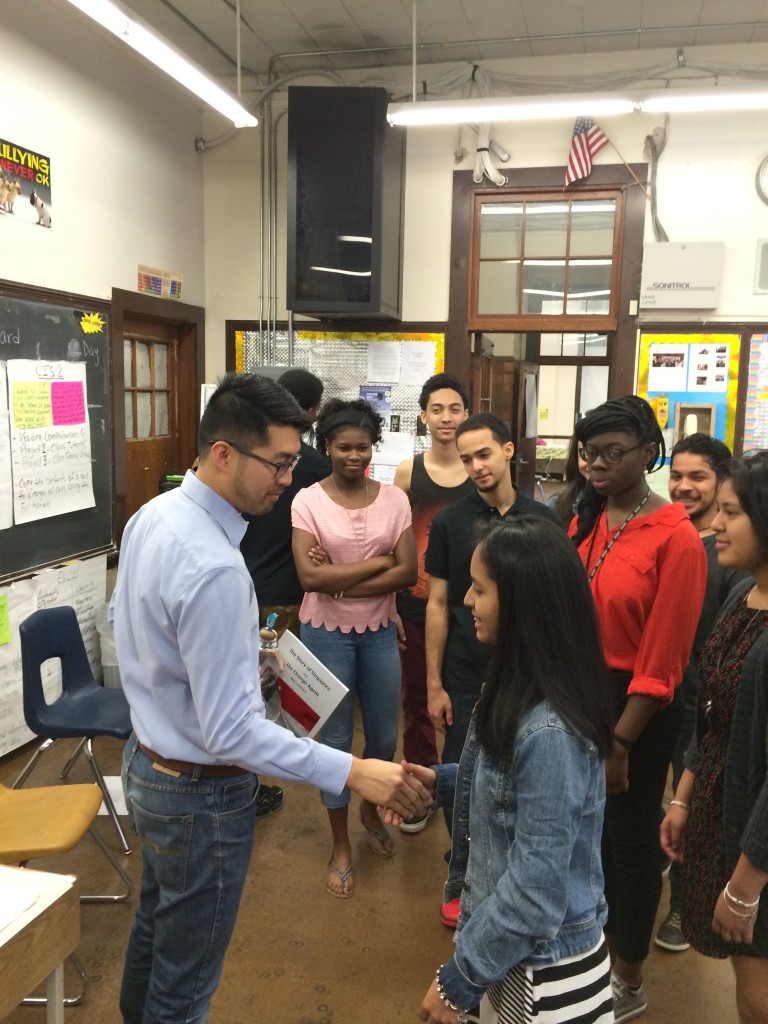 Aileen Rodriguez Jimenez is the first to welcome Tino to the Life Skills class after Olimpia completed her formal introduction.

Tino’s appearance today gave Life Skills students the opportunity to compare the perceptions they formed after reading their textbook, “The Story of Singapore and The Change Agent Who Created It“, with a Singaporean citizen. This activity reinforced this teacher’s admonition to

question what we read and hear, often times, from people who claim to be authorities.  Students are encouraged to do their own research and inquiry before accepting any information as indisputable ‘fact’. 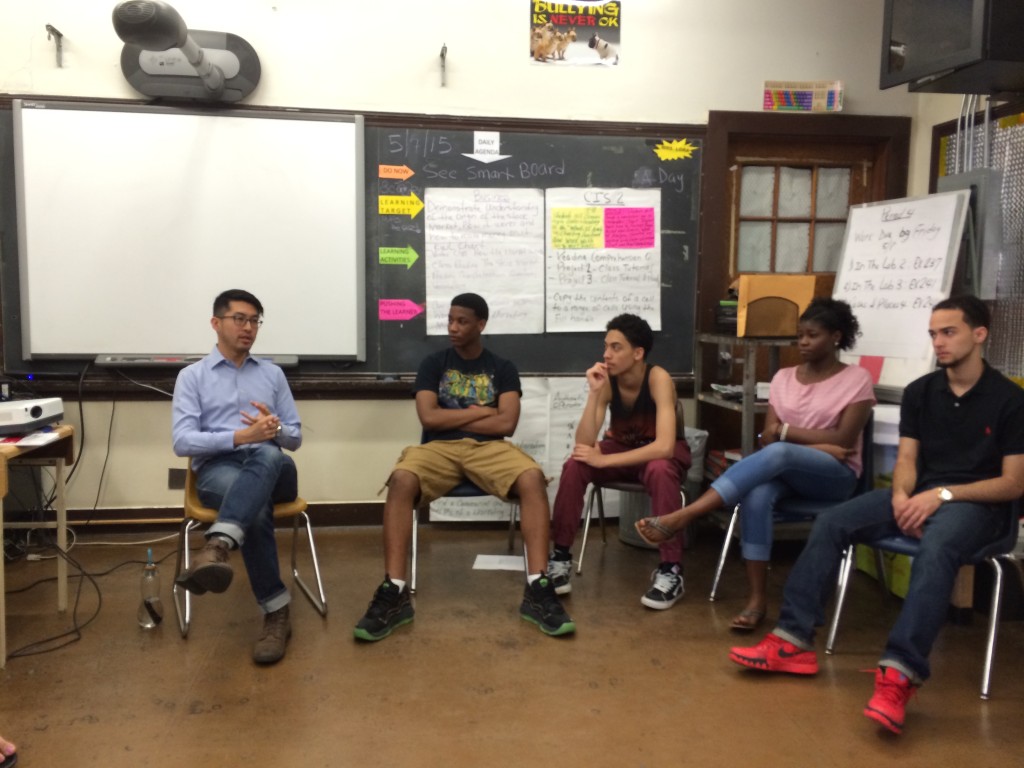 Tino begins to share his story of living in Singapore

What better way to question the accuracy of “The Story of Singapore and The Change Agent Who Created It” than speaking with someone, like Tino, who was born, educated in Singapore and served in the Singaporean National Service.

“Please, Tino, give us your impressions of the education you received in Singapore.” ……  “I read Singapore has no natural resources and little fresh water but our book claimed Singapore is one of the richest countries in the world.  Please explain how Singapore generates revenue.” ….

“How did President Lee Kwan Yew hold a country of diverse races of people like the Chinese and Malays together, who had violent clashes in the past, to live peacefully and cooperatively in the same neighborhoods without the racial hostilities and violence like we see in America today?“

….  “Do you think Singapore will remain the world class country it is today after Lee Kuan Yew’s death?” ….. “Please explain the most important differences in the economic systems of Singapore and the United States of America?”   “What is one thing you would change about the Singapore government if you could?”  …..  “If you could travel back in time to one period of Singaporean history, what date would it be and why did you choose this time in history?”